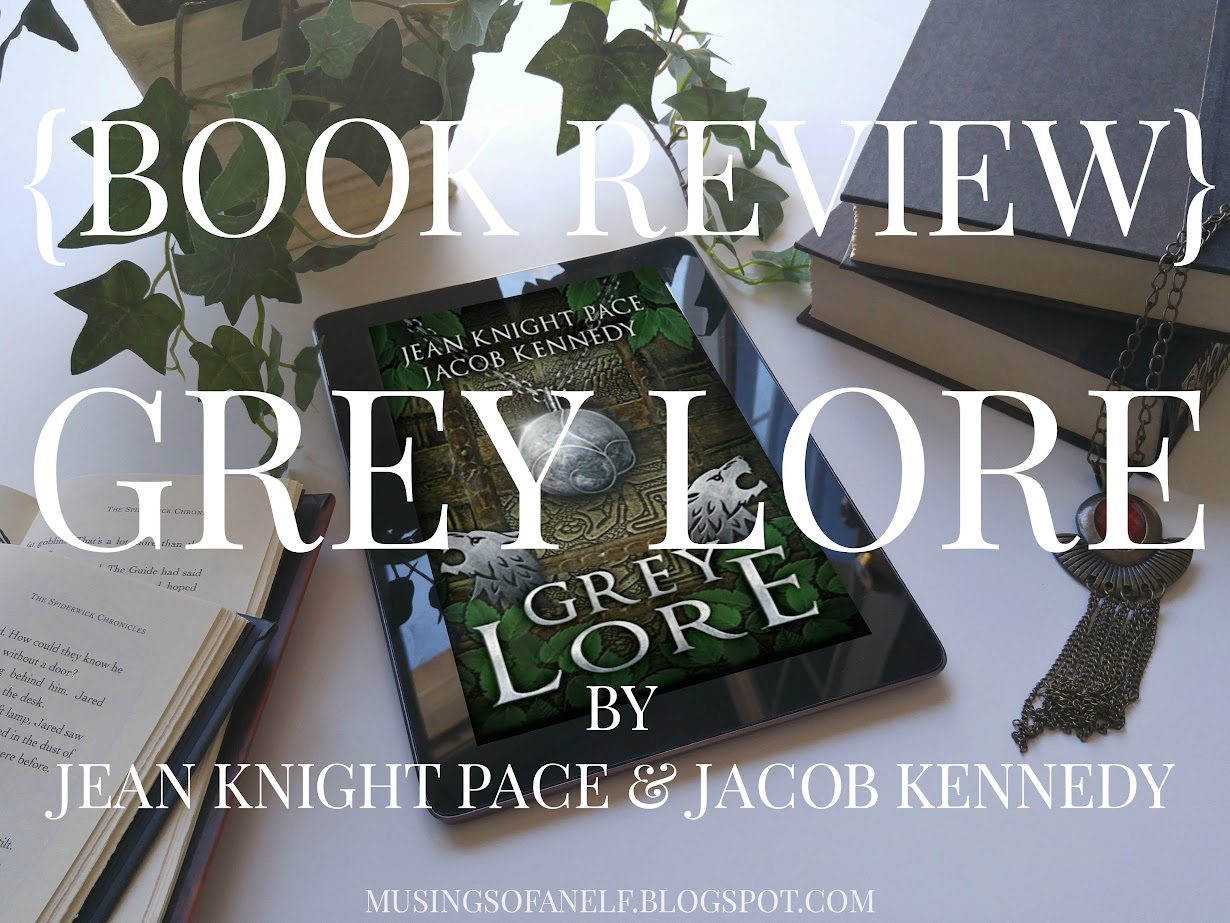 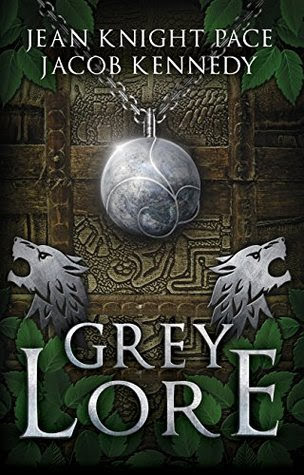 Despite the perks of living with her rich aunt, Ella’s new life in Napper, Indiana, is pretty much tragically boring.

As rogue wolves begin to stalk the edges of town and a serial killer with a penchant for silver bullets draws closer, the city of Napper seems to wake up.

Ella, with her new friends, Sam and Sarah, might be able to find out what the strange occurrences mean. Except that they’re all being pulled in different directions by people who love them; and some who don’t.

Before they lose their way to the whispers they hear from the past, or the call to a future they’re not sure they want to create, the friends will need to confront who they really are and figure out what’s hiding in the silence of their sleepy little town.

When Jean Knight Pace contacted me and asked if I’d like to read this book for review and I read that intriguing blurb, I knew I couldn’t pass it up! While this wasn’t my favorite read, it was definitely a unique one! I can’t say I’ve ever read a book with this flavor and style before. And I do love finding original tales!

Grey Lore is a companion novel to Grey Stone (which I reviewed a while back, if you’re interested). While both can absolutely be standalones, I did very much enjoy all the many nods to Grey Stone in this book. But where Grey Stone is set far in the past during more primitive days, Grey Lore is a contemporary. Somewhat on the urban fantasy side of things…ish. (This book is really hard to explain, so bear with me!)

We start out with Ella, who just lost her mother and is moving in with her rather stiff aunt in a strange little town in Indiana. Napper is full of the rich—the citizens seemingly only interested in shallow things. But with the coming of wolves and some odd happenings, Ella begins to wonder if there is more to Napper than meets the eye.

Sam, too, has just moved into the little town. Though he and his dad, who sells vacuums for a living and barely scrapes by, don’t exactly fit in this ritzy streets of Napper. But when Sam meets Ella and a girl named Sarah, he finally feels like he has a home.

Just as things are starting to look brighter for the three oddball friends, dark plots and mysterious circumstances turn their world upside down.

An old woman in the woods who seemingly vanishes at will, wolves running rampant, talking animals, and a killer on the loose who always takes his victims’ teeth—Napper is anything but a boring little town in Indiana.

There were a number of characters in this novel. Often they seemed random, but eventually you see the connections which was a lot of fun. But the main focus was on Ella, Sam, and Sarah.

Unfortunately, I found the characters a little flat. Not too much. They did have some depth. But for some reason I just could not seem to connect to them as much as I would have liked to.

Ella did have a pretty interesting arc, but I never felt like her personality really jumped off the page. While Sam…I don’t know. At first he seemed like the type I’d love—the kind, broken boy who just wants some friends. But a few times he made some really dumb decisions that annoyed me. And, again, I couldn’t get a full grasp on his personality. Sarah was probably my favorite of the three. Which surprised me, because I didn’t much like her at first. But she ended up being much deeper than I expected. Sadly, she wasn’t “on screen” a whole lot. I would have loved more time inside her head!

The other characters I didn’t feel much for. As I said, there were a lot of them, and the book kind of jumps from one to the other so fast, I never really felt like I got to truly know any of them. Each scene was a bit too short for me to get a full grasp on each person…if that makes sense.

I don’t know. The characters weren’t bad. I didn’t hate any of them. I just didn’t really love any of them either. They were a bit mediocre. Though I will say, despite there being a ton of characters, I rarely got confused who was who. Kudos to the author for that!

Also, there’s a character named Zinnie and her cat who I did totally like. But that’s all I’m saying. *smile, smile*

- The narrative style was slightly omniscient. Which I think is the main reason I didn’t just love this book. It wasn’t fully omniscient. Each scene was in the point-of-view of one character, but it was a distant POV, and had a bit of a omniscient flavor. For basically the whole book I felt like I was being told a story instead of experiencing it. And that’s just not my thing. I want to be right in the thick of it, feeling everything the character is feeling. Instead, this story was more like watching the events from the sidelines. Kind of an interesting style, but not really my thing.

- Each scene was really short and there were a ton of POVs. Another problem I had with it and probably the big reason why I never really felt much for the characters. The scene jumps were so fast and frequent, I couldn’t get a feel for one person before we’re off to the next one. And instead of really experiencing the moments, it was more a series of a bunch of different quick moments all thrown together. Again, it was kind of an interesting style. It added a touch of uniqueness to the whole story—getting to see little snippets of each person (including antagonists) and slowly watching the whole picture come together. Like a bunch of little puzzle pieces that form a whole picture by the ending. I don’t think there was anything wrong with telling the story this way, I’m just picky and would have liked deeper, longer scenes instead of short bursts. I very much enjoyed the few scenes that did linger. They felt fuller and more in depth. And I think if the whole novel had been that way, I would have liked it a lot more. But the majority of the story was a progression of short scenes with not much deep POVs, making me a little indifferent to the whole thing.

- I will say, the writing was very good! Even though I wasn’t a fan of the style the story was told in (though I think that’s a personal thing, nothing against the authors at all), the sentence structures and wording choices were very beautiful. It was a smooth, pleasant read itself. I very much enjoyed the author’s choices of wording.

- It got a lot better halfway through. The first half was rather slow with not much going on. But once things picked up, I did get into the story a lot more!

- The small town was fun! As mentioned, Napper is full of the rich, but with dark secrets underneath. I’m a bit of a sucker for such things. I enjoyed the overall feel of the ritzy (but possibly sinister) town. What made it even more fun (or…creepy, but creepy is fun!), was the fact that a psychiatric institution is a major part of the town. People seem to accept that a ginormous insane asylum sits in the middle of their town. In fact, lots of joggers go there to run around the perfectly kept grounds. But what they do inside the institution well… *wriggles eyebrows* It was all very delightfully chilling.

- It’s a sort of Hansel and Gretel retelling. Which I found so unique and fun! It’s a very, very loose retelling. But there were absolutely some Hansel and Gretel threads woven throughout. There were also hints and mentions of other fairytales and folklore. In fact, folklore was a huge factor in the story. And that’s something I’m totally on top of!

- The whole thing is quirky and unexpected. That’s always a plus for me! I really don’t even know how to explain this story. The entire feel and events were unlike anything I’ve ever read. I never knew what to expect. Each page was a surprise, with a lot of great twists along the way. It’s a very original story! 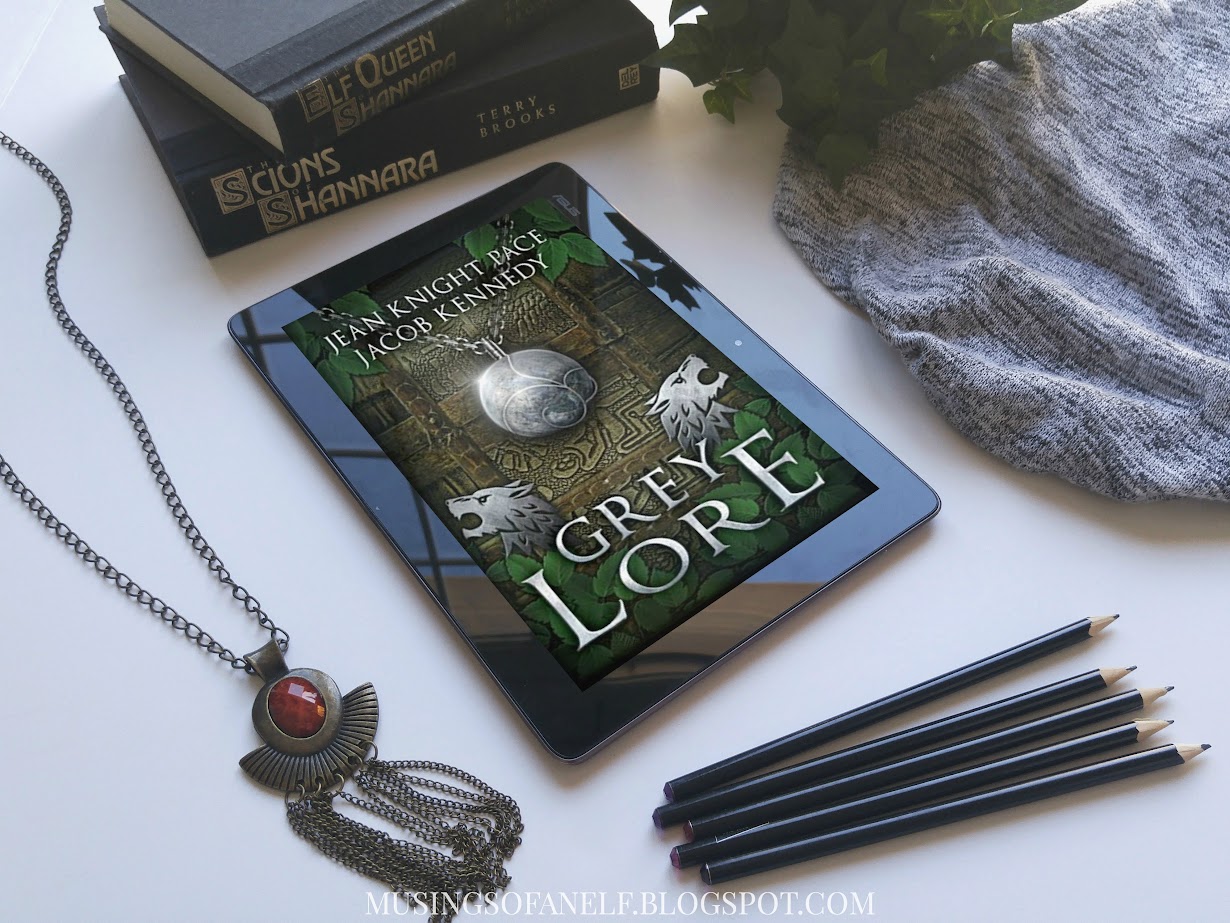 The story was fairly clean in that there was no language or sexual content. But it definitely had a gritty feel to it that I would be cautious of for younger readers.

There were a few mentions of alcohol, some characters accused of being drug addicts, and a fair amount of violence. Though, again, the story was told in a distant POV, so a lot of the violence was more mentions than the reader actually being there and experiencing it. Some of it was gruesome though, and there were definitely a few scenes of people being beat up and bloodied.

The whole flavor is rather dark and grungy. It’s by no means a lighthearted tale. So do keep that in mind.

This wasn’t my favorite story. The constant scene changes and multiple POVs threw me a bit. BUT, I’ll say again, that is a personal preference. I think it was a fun idea telling the story that way and having all the little puzzle pieces thrown together and slowly forming until we had the whole picture. The focus was more on the town’s secrets and each person being a player than the characters being the driving force. And since I’m all about characters, I didn’t click with it.

But, overall, it was an extremely unique story with lots of fun fantasy elements and a touch of the paranormal. The mystery of what was going on kept me intrigued and the writing really was beautiful.

If you like urban fantasy filled with wolves, folklore, secrets, quirky events, and a unique flavor, I’d absolutely say give this book a try!

Have you read Grey Lore? Does it intrigue you? Am I the only one who totally likes small, rich towns with dark secrets?? And have you ever read/know of any Hansel and Gretel retellings. Because now I want MORE!

NOTE: I received a free ebook copy from the author in exchange for a honest review.

P.S. Don’t forget I’ll be doing a Q&A vlog soon. If you haven’t yet, you can head over to THIS POST and ask me questions for the vlog! I’m hoping to film it tomorrow so now’s the time to ask those questions you’ve been dying to know about the crazy elf behind the blog. ;D

Posted by Christine Smith at 10:30 AM