The Woes of Larry 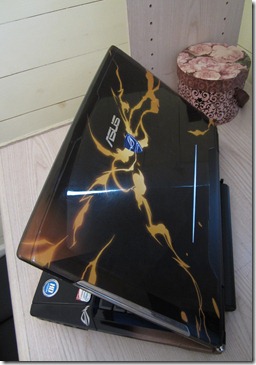 When I was shopping around the internet for a laptop, I hoped very much that I would get a pretty pink one. But instead I found Larry… Ahem, yes. As I like to say, “At least he’s pretty on the inside.” (Yes, I refer to my laptop as a he, not “it”.) Perhaps the strange lightning bolt looking thing on the front does not flatter him nor me (who is a very pink, flowery, cutesy type of girl), but I still love him. He had all the specs I needed, quite a powerful little thing, and all right in my price range. He has been my faithful laptop for over fives years now. Larry and I have gone through a lot together and I don’t know what I’d do without him.

This is Larry’s power cord-- 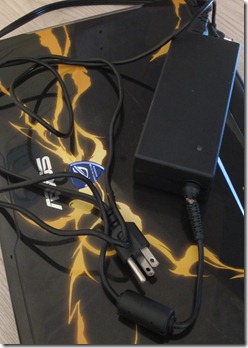 Larry’s battery life is nothing to boast about. When fully charged, he’ll usually give me abut 45 minutes to an hour and no more, quite literally. So it’s extremely rare that I even bother to use his battery life. I usually only use Larry at home anyways, so I keep him plugged in at all times.

Thus, as you can imagine, that charger there has gotten in much use. 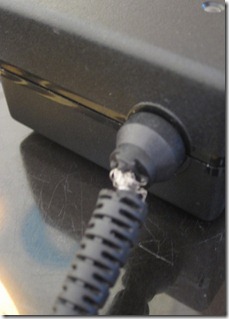 Larry’s poor ol’ power cord had finally had it. It slowly became worn until it tore completely just about a week ago. There was no using it in such a shape. In fact, it began to spark while fiddling with it. 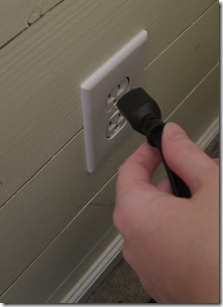 Because it could result into this-- 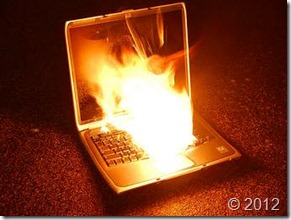 We certainly don’t want that.

Now the big problem here was that I had no power cord anymore, which meant I could not plug Larry in anymore. And, as mentioned before, Larry has barely a battery life. To put it short, no power cord, no Larry. 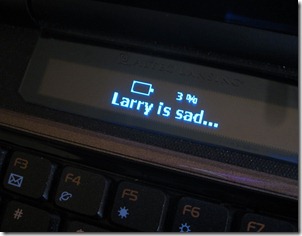 For me, no Larry meant the end of all things. It is true I spend way too much time on the computer and rely on Larry heavily.

Not a good thing…

Something I should work on…

But I really, really needed my Larry back!

So off to the internet to find a new power cord it was. Fortunately, we found one for Larry’s model for quite cheap. I was very happy.

The only problem? No Larry until the power cord actually got here.

So the big question is, what did I do during the terrors of my Larry absence?

Why, abduct my mother’s laptop of course! 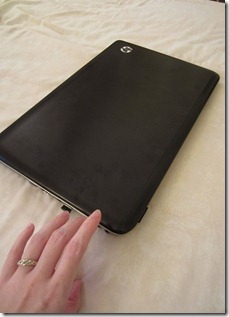 Alright, alright, so perhaps she let me use it because she’s wonderful like that.

It wasn’t easy though. Using someone else’s computer is not the same as your own personal one without all your things and settings on it, plus I didn’t like hogging mom’s all the time, but, somehow, I managed to survive.

Then, Monday, June 25th, I got a surprise in the mailbox. 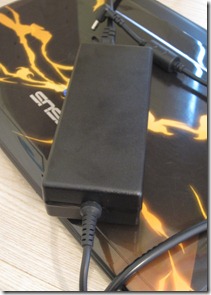 Shiny new power cord!! Much sooner than expected at that.

I finally could plug my dear Larry back in. 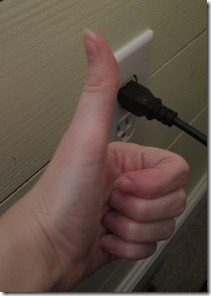 Which made for a very happy Lauriloth. 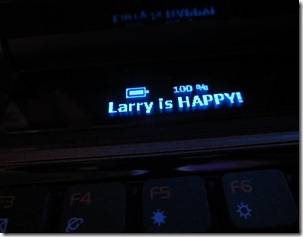 The Depression of the Obsession of Perfection

They’re there. Always watching. Always mocking. Just waiting for us to slip up so they can laugh at our imperfections. They haunt us. By night, by day. They can never be ultimately destroyed. Only vanquished for a time. But there will always be more.

Yes, those terrible mistakes within our writing. They form in many different ways. Maybe we are suddenly struck with inspiration and our fingers are flying across the keyboard, not stopping for anything, just write and write. We are so excited. What an amazing idea that was! We merrily go back to read our writing, that spark of inspiration that we just know has to be a masterpiece…then we see them. Typos…all over the page. Every other word with that nightmare-inducing red squiggly line blatantly pointing out our fail in spelling. Punctuation marks missing all across our sentences. That inspiration is gone. And then comes the depression.

We want so desperately for our writing to be perfect. We want it to flow, be entertaining, draw people in, and, probably most importantly, be perfect, no flaw in sight. But it never works that way.

Those devious little mistakes always show their ugly heads all across the pages. It is infuriating. You spend ludicrous amounts of precious time fixing them only to find more and more. It is just…depressing.

I am a perfectionist. That does not mean I make everything perfect, that means I want everything perfect but usually fail making it so, which drives me up the wall. I am so accident prone, constantly finding horrible mistakes all throughout my writing. But I am obsessed with making it perfect. Unfortunately, there is a thing about being a perfectionist. In a perfectionist’s eyes, nothing is ever perfect. As hard as we try, we are never satisfied. To be honest, I do not enjoy being a perfectionist one bit. I so often wish I could just not worry so much about everything, not let every mistake bother me. But it is not so. Perhaps it  is a good thing though. At least I have motivation to clean my writing up and make it the best I am capable of. But, when I realize my writing really just needs to be crumpled into the trash, it depresses me.

Still, my perfectionist ways always wins over the depression. Instead it turns into an obsession.

Those evil grammar flaws, typos, and misspells shall not prevail. We will vanquish them and let them have no place upon our pages.

It is a battle, fellow writers. A battle we shall not lose. Our opponents are tough. Sneaky. Persistent to the point where we think we cannot go on.

Draw your weapons. Take out that pencil, that pen, that keyboard, and, above all, that red pen, the very thing those mistakes tremble at the sight of.

We will be victorious! 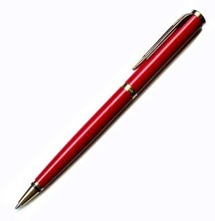