NaNoWriMo begins for me in just a few minutes here. I’ve stayed up to midnight to bring in the very first seconds of NaNo with as many words as possible my last two NaNo’s, and I have every intention of doing the same this year! There’s nothing more exciting then watching that clock going on the eve of NaNo, knowing with each passing minute, you’re closer to starting that crazy, month-long challenge. To see that story that’s been buzzing around in your head finally come alive on paper.

I have latte currently in hand (and trying to figure out how to type this while sipping it) in order to keep me awake for as long as possible. Unfortunately, I do not like coffee, otherwise I’d be glugging it down.

I’ve got one of Owl City’s newest songs Gold blasting away to also keep my already fizzling brain alert.

Characters screaming in my head to start already… (Sheesh, guys! Hush! Your time to come alive is almost here.) 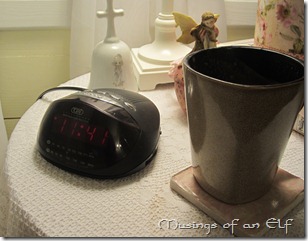 Email ThisBlogThis!Share to TwitterShare to FacebookShare to Pinterest
Labels: NaNoWriMo

Colors of a Dragon Scale – My NaNo Series

With the coming of NaNoWriMo in one week (ONE WEEK? GOOD GRACIOUS!), and since I seem to use my blog during November as a NaNo journal of sorts, I thought I would share what I’ve been writing for my NaNo’s.

Since my first NaNo in 2010, I’ve been writing a series called The Colors of a Dragon series. I started the first book for my first NaNo, and the second for my second NaNo. And guess what? I’m writing the third book for my third NaNo this year. Shocking, right? I plan on doing this until I’ve finished the series. I think I’ll have 7 books of it (that’s quite a lot of NaNo’s to be working on the same series…) but that number keeps changing, so we’ll see.

Anyways! The series is a high fantasy story about a group of newly ordained dragon riders. Each book follows a different pair of riders while the last two books will be the finale with all the characters. Each book also has a color theme. The first one was blue because it was about two riders with blue dragons, last year was pink (yes, the dragons were pink), and this year we have purple, thus the series name, Colors of a Dragon Scale.

Now, instead of rambling about this series (oh, too late. Whooops.), I’m just going to share my little blurbs of them.

Colors of a Dragon Scale Series

In the great land of Aerigethel, dragons lay down their eggs every twenty-three years and entrust the humans to care for them. Seven years later, the eggs are ready to be hatched. From all over the land, people come to touch the eggs, for if the egg lights up upon their touch, they are chosen as that dragon's keeper and rider. After extensive training, these special chosen ones are proclaimed dragon riders and keep watch over their land alongside their dragons.

In the region of Sivral, ten young people have finished their training and celebrate their new call of a dragon rider. The merry festivities of that day are quickly ruined when the princess of Sivral, Princess Iraila, is captured by mysterious beings. Though they have only been real dragon riders for less than a day's time, the new dragon riders of Sivral are each sent out in pairs all across Aerigethel on a quest to find the princess and bring her back safely.

Though many wars have taken place throughout its long history, Aerigethel has had a few years of peace. But now Iraila's capture is just the beginning of many perilous events that causes this world to fall into war again, and the dragon riders might be its only hope.

Book One – More Blue than Sky

Eryth, a kindhearted half-elf, and Bryth, a subdued elf with a mysterious past, are amongst these new riders along with their shimmering blue dragons, Neriin and Reshin.

Together, these girls travel far from home to find the princess, who is also a dear friend to them. What was first just a rescue mission, turns out to be a very perilous quest, growing more and more dangerous and perplexing with each passing day.

Through their journey, the girls find strengths they did not know they had and secrets they wished they never learned. 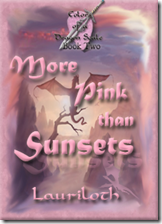 In the second book of The Colors of a Dragon Scale series, the rambunctious twin brother and sister, Naidren and Nyria, are sent off westwards with their curiously pink dragons, Ferrleth and Afayleth, towards the region of Immengoth to search for their captured cousin, Princess Iraila of Sivral. As they arrive at its borders, they are met up with two other dragon riders of Immengoth who proclaim Immengoth might be in threat of war and any outsiders of the region must speak to the king in order to pass through the land freely. Naidren and Nyria are none too pleased, but know if they are to search the land for the captured princess they must acquiesce to these wishes.

Things fly into great disarray when knights of Sivral themselves are found attacking those in Immengoth, while knights from the capitol region, Githrendor, are also growing very hostile towards this region. Naidren and Nyria find themselves in the middle of it all, trying to prove the innocence of their home region, Sivral, while also attempting to survive this chaos.

The two riders and their pink dragons suffer through many hard times as they solve the puzzle of why these wars have started and how to stop them. But all the while they fear for their cousin, Princess Iraila, who is still captured and lost.

Naidren and Nyria suffer greatly, and lose much, but they strive forward, seeking the light of the Creator and following His guidance, hoping someday all will be put to right. 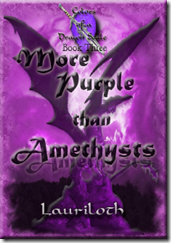 Catastrophe, dishonor, treachery, foolishness, and a life of loneliness...

Eldoren, a pompous, conceited boy who has been in want for nothing his entire life, and Riana, a mysterious girl who seems to want nothing to do with people at all, are more than surprised when they find themselves with the same color dragons and thus thrust together as dragon rider partners. Surprised...and highly displeased.

Things only grow worse when the princess is captured and the two are forced to go questing together in search for her, neither finding teamwork, especially towards one another, appealing in the least.

What starts out as an already bad situation grows only worse as Eldoren, Riana, and their dragons, Irevik and Razel, run into one peril after the next. They find themselves being hunted to the dark corners of Aerigethel by a raging red dragon and mysterious man, while rumors of war whisper across the lands.

As tragedy, dishonor, treachery, foolishness, and a life of loneliness follows these two riders, Eldoren soon discovers his partner is far different than she ever let on. And Riana, in turn, watches as her arrogant male companion grows into something she'd never thought he'd ever be.

This will be my first time writing a book with main characters who are somewhat erm…unsavory. But don’t worry, by the end of the book I’ll have put Eldoren and Riana through enough torture learning experiences to straighten them out. Should be good fun!

Now, if I can only get through my head that NaNo really is only a week away…

Posted by Christine Smith at 5:29 PM No comments:

A NaNoWriMo Parody to “The Christmas Waltz”

Inky pens in hand
Lightbulbs gleaming inside
Inspiration coming alive
NaNo's on its way,
It's filled its days
With words, words for you and for me 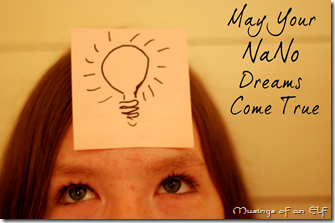 That time has come upon us again. That time of blood, sweat, and tears. That time that our eyes burn out of their sockets from long time exposure to our writing devices. That time that our brains fizzle out from ideas overload or abandon us altogether as we push those minds of ours to give us the inspiration we need. That time that our associates give us odd looks because every time we look at a calendar we scream in terror only because October is almost over.

That time is NaNoWriMo. 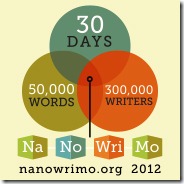 Yes indeed. NaNo is almost here and the writers of the world are going mad as we prepare for that crazy challenge in November. 50k words in one month.

The time has come.

Today is officially NaNoPrep Day according to the NaNo site. I can imagine NaNo participants all over the world are scrambling around pouring out those creative juices as they prepare for the task of NaNo. It’s exciting really.

If you have no idea what NaNoWriMo is, you can check out the official website NaNoWriMo.org and discover the amazing challenge of writing a 50k word novel all in only 30 days along with thousands of others. Or, if you rather, you can read my own post I made last year about NaNoWriMo here: National Novel Writing Month (NaNoWriMo)

If you’re already well informed about NaNo and are participating yourself but unsure how to begin on planning for your NaNo, I also have a guide I put together on how I plan my own novels: Step by Step Guide to Outlining a Novel

Or, if you’re just curious as to how I stepped into the wonderful world of writing, you can read all about it here: My Grand Adventure of Writing

This will be my third time to participate in NaNoWriMo myself and I’m just beyond excited for it to begin. 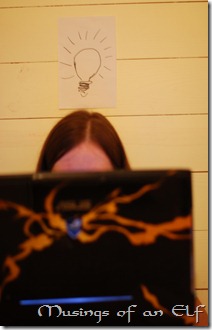 I love this time of year!

Happy NaNo planning to all you NaNo’ers out there!

Posted by Christine Smith at 9:17 PM No comments:

I know I said recently (or not so recently) that I was going to blog more, and yet barely any posts have made their way to my blog. I actually have quite a few posts planned. But first, I wanted to pretty up my blog a bit, something I’ve been meaning to do for…well…a very long time. 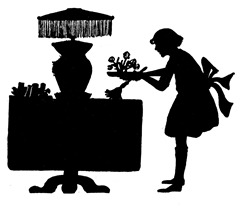 I’ve been adding all sort of things to my side bar, changed some settings, rewrote my welcome and profile, etc. I even added labels, something I literally meant to do the day I made my blog, and here, a year and a half later, I finally did it. Hurray!

I’ll still probably add and fix up some things here and there, but overall, I’m a lot more pleased with my blog.

I’ve also been joining more blogs, and have just been a lot more active in the land of blogging, which is exactly what I’ve been trying to do.

Anywhoozle, I do promise I’ll have plenty of new blogposts coming your way soon. I’m quite enjoying getting back into the blogging world.

I hope everyone is having a lovely October!

Can you believe the month is already almost halfway over? o.O

Posted by Christine Smith at 7:02 PM No comments: