7 Types of Ships I Love to Find in Books 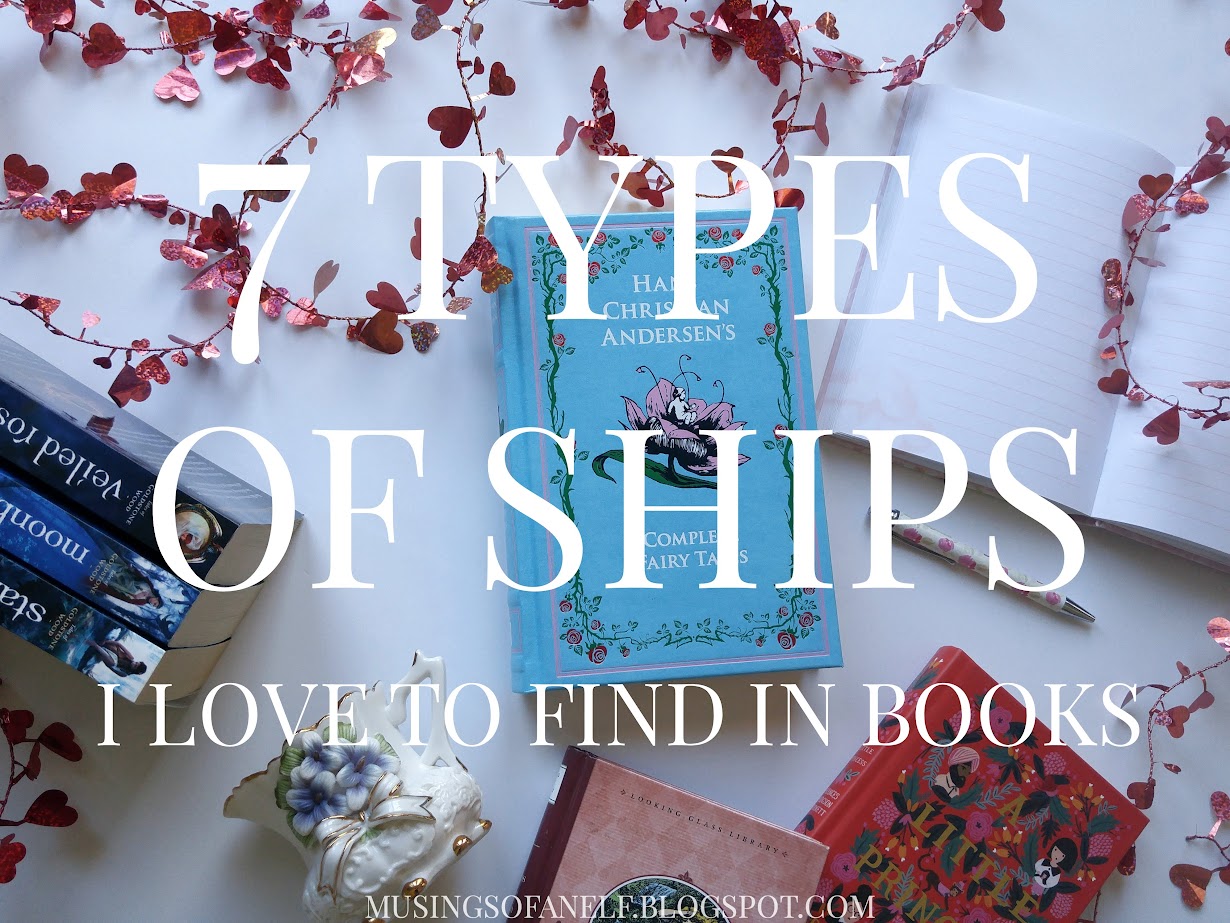 If you’re reading that title and wondering if I’ve suddenly become a pirate well…no. Sorry to disappoint! “Become a pirate” is a bit lower on the to-do list I’m afraid. Butmaybesomeday. And no, I don’t have a random urge to discuss seafaring ships. Especially since I know…like 0.7% about boats. That’d be an awkward post to try to write.

No, no, no. When I say “ships” I’m talkin’ ROMANTIC COUPLES. “Ship” is a fandom term meaning you want two characters to have a romantic relationSHIP. But I’m sure you’re all quite aware of this. (I just wanted to be clear in case you were wondering why I’m not talking about boats in this post. Ahem.)

Some of you may recall back in October I did a post about 7 (Non-Romantic) Relationship I Love to Find in Books, all to prove that there can be other types that isn’t romance. Because, let’s face it, those romantic relationships take precedence in basically…every story ever. Even stories that aren’t supposed to be romance stories. And I think we’re all ready to see other types of relationships in books. Like FRIENDS and FAMILY.

Buuuuut I’m nothing if not a walking contradiction. So today I’m going to be listing some of my top, top types of romantic relationships that get my fangirl heart squealing. Hey, in my defense, in that other post I did say I like romance in books, I just wish there were other types of relationships. But shipping characters is fun! I have many, many, many fictional couples I squeal and gush over. It’s the fandom life!

THE TYPES OF SHIPS

YOU ALL KNOW THE COUPLES. Usually their first meeting is something disastrous like him spilling coffee on her or her insulting his clothing choices. So obviously they can’t stand each other. And then next thing they know, THEY’RE FORCED TO SAVE THE WORLD TOGETHER. And both are like, “Whyyyy me?!” Or, more accurately, “Whyyyyy her/him?!”

Then we get some 400 pages of delightful banter and them trying (and failing) to work together and us readers are over here screaming at the pages, “YOU KNOW YOU’RE IN LOVE. ADMIT IT.”

It’s all wonderful fun and I love it. I can’t get enough of it. Thankfully, it’s not hard to find. Bantering couples abound in books these days, especially YA. AND I AIN’T COMPLAININ’.

Howl and Sophie from Howl’s Moving Castle are obviously my faaaaaaves. (I’m so subtle about it, I know.) Shasta/Cor and Aravis from The Horse and His Boy is another classic. Gotta love ‘em!

There are few things in this world that make me squeal as much as when an ultra hyper, upbeat girl breaks down the shell of a quiet, gruff guy. Like a kitten forcing an old, tired dog to get up and play. IT’S ADORABLE. You can’t deny it!

He’s all sulky and dark, perfectly content to live broodily forever the end. Then, lo and behold, here comes this happy-go-lucky girl that dares to bring him a little sunshine. Like what is this? What’s happening? Happiness and flowers and rainbows? Why is he enjoying this??? Who gave him permission to have feelings?

Ah yes, it is destiny.

This is obviously one of my favorites since this totally describes Rose and the Dragon from my WIP Burning Thorns. Heh.

Kale and Bardon from the DragonKeeper Chronicles by Donita K. Paul would totally fit this category and I LOVE THEM.

I really like hyper girls in fiction, guys. I don’t know why??? (Maybe ‘cause I sorta am one?) And, on that note, the super shy cinnamon roll boys are my favorite types of males to write. So COMBINE THAT? BE STILL MY BEATING HEART. (Am I the only one that’s actually a little freaked out by that saying? Like…our hearts should not be still. That’s called being dead. It’s kinda disturbing.)

But but but! It amuses me eeendlessly when you have this eccentric girl dragging along the painfully shy boy who really just wants to go hide in his room or something and not go on a death-defying adventure to save the world. But he’s going to anyway because he’s totally secretly in love with this crazed girl. Maybe it’s cliché? I don’t know. And I really DON’T CARE BECAUSE IT’S ADORBZ.

And this may or may not be much like my own Karis and Jonah from The Nether Isle (the novel I wrote for NaNoWriMo last year). Look at me, accidentally promoting my own novels that AREN’T EVEN SORT OF PUBLISHED. Oops.

On the flipside, what’s more precious than this ultra shy, sweet girl being in love with the hilariously cocky, seemingly confident and suave dude and bringing out his broken, vulnerable side? Hm? HMMM??? Nothing is more precious, I tell ya!

Cress and Thorne from The Lunar Chronicles, anyone? ANYONE??? Because YESSSS. Rose Red and Leo from Veiled Rose had a bit of this going as well.

I literally can’t with couples like these. I CAN’T. It does things to my heart.

Yes, I’m totally aware this is the 3rd one that involves shy people. BUT SHY PEOPLE BEING IN LOVE IS THE MOST ADORABLE THING OKAY.

It’s totally presh when one of them is shy, but when both the gal and guy are equally precious shy cinnamon rolls????

It’s so delightfully awkward watching them try to get up the nerve to declare their love for the other. And also paaaainful to go through an entire book where they’re both SO IN LOVE but neither has the nerve to ADMIT IT. Painful in a good way. (We fangirl/boys do love the pain.) You’re totally lying if you say you’ve never yelled at the characters to just SAY SOMETHING ALREADY.

No one ever said shipping was a calm activity.

Oh, but when the shy cinnamon rolls do finally get together. *happy sigh* They can ride off in the sunset and be shy and precious together. Or just…go quietly hang out at the library and share shy little smiles over the tops of their books. Now that’s a date I’d be totally on top of.

I don’t know what it is about a pairing like this, but it thrills me. I’m sure you know it. The girl who’s all business and studies and barely cracks a smile. The boy who barely takes anything seriously and spends his days making jokes and being all around hilarious. Their meeting usually involves her rolling her eyes at his obnoxious behavior. But his lightheartedness slowly begins to make a crack in her tough exterior, and she helps him learn when to be serious, and together they end up making an EPIC TEAM. OPPOSITES ATTRACT AFTER ALL.

Ashley and Walter from the Dragons in Our Midst/Oracles of Fire series by Bryan Davis fit this to a T and just— SLKDJFLJSLKDJLFJKLSJDFL. CAN’T!

Oookay, that may be a bit of a mouthful. BUT REGARDLESS. These are the couples who have been through it all, seen it all, and came out stronger and closer for it. The ones who have probably saved the world 2 or 3 times together, may have lost each other half a dozen times, but always, always found each other again.

These couples have vowed to be together to the end AND THEY MEAN IT. Whether that means singlehandedly battling an entire army or jumping into a active volcano or traveling back through time and rearranging all of history JUST TO BE WITH THEIR LOVE, they’ll do it!

Basically, if you’re the villain and separate these two well HAHAHAHAHA. You’re so doomed.

And excuse me but who doesn’t love to root for couples like this??? This type of sacrificial love is #GOALS right there.

I’d say Sapphira and Elam also from the Dragons in Our Midst/Oracles of Fire series have this. Really, most of the characters from these book share this kind of love. IT’S SO INSPIRING.

I don’t think this is even half of the types of ships I love finding in fiction, but I’d definitely say this is my top 7. And for some reason I seem to like making lists of 7??? Which is probably obvious since basically over half my posts are lists like this these days. But it’s a good number as to not overwhelm you guys or me (because goodness knows my posts are long enough…).

But there we have it! ALL THE SHIPPING. I maaay go into full fangirl mode when it comes to discussing all the precious couples. (I’m sure you didn’t notice.) Which is hilarious because in real life I often grimace at romance. Seriously.

Oookay, not always. But we all know fiction is way better than real life. 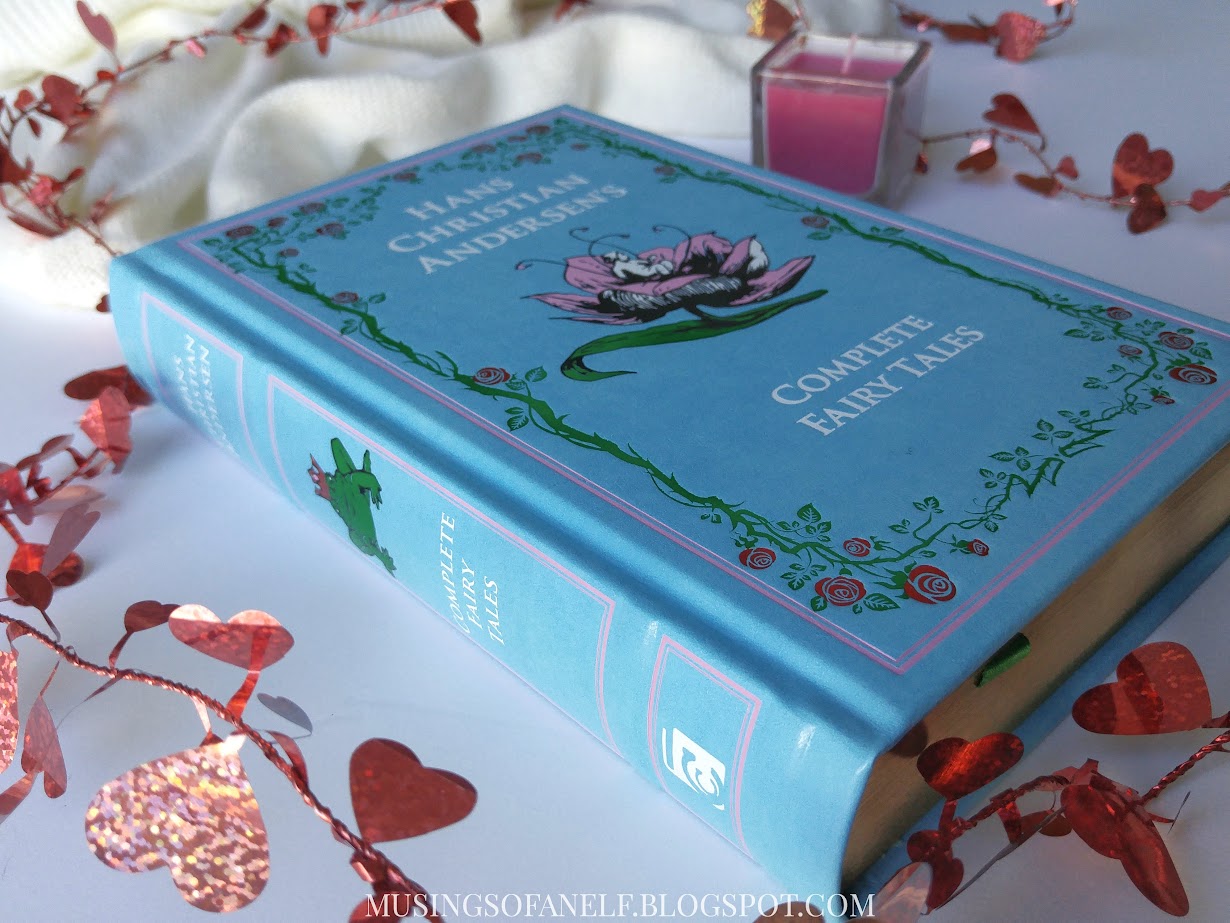 YOU KNOW WE MUST FLAIL TOGETHER. What are your favorite types of ships to read about??? Do we share any? Or do we disagree on some? Let’s discuss all the shippy things!
I hope you all have a happy Valentine’s Day! (And hey, if you’re single it’s a good excuse to get yourself some candy and fangirl/boy over your favorite fictional couples. Who says we single people can’t have fun on Valentine’s?)
Posted by Christine Smith at 11:01 AM