Embarking on (not quite) Camp


Oh, hello there! Excuse the mess. *scoops up laptop, piles of paper, pens, and pencils and tosses them in a suitcase* I’m headed off to camp you see, and trying to get ready. It’s a month long camp that starts tomorrow. But don’t worry, I have no intention of stepping out of the house to get there.

That’s right. This is no ordinary camp. It’s a camp for my imagination. Camp NaNoWriMo!!!

Yep, yep, yep. I’m jumping on the CampNaNo bus and headed off to the trail of creativity for the month of April. For those of you who don’t know, NaNoWriMo offers an alternate (or additional) NaNo in the month’s of April and July called Camp NaNoWriMo, in case NaNo in November isn’t enough for you. Normally November is plenty for me, and I’m not ready to attempt another NaNo until a year has rolled around, but this year is different. 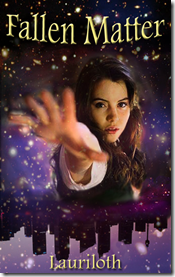 I’ve been madly working on my current WIP Fallen Matter. I’m hoping to get the first draft of this thing written as fast as possible, but sometimes I need a little push to get things done. So that’s where Camp comes in. The lovely thing about CampNaNo is that it’s far more lax than the official NaNoWriMo and allows you to set your own word count goals. So instead of the fixed 50k, you can set your goal for 10k to 999,999 words! (But is it even possible to type that fast. . .?) I don’t want to be stressing about writing all month, so I set my goal for a doable 30k, just enough to get most of the rest of Fallen Matter written, but not too much where I have to ignore life to do it. Squeezing in 1k a day shouldn’t be too bad. I always intend to do that anyway but it doesn’t happen much. . .

It took me quite a while to decide if I wanted to commit to Camp or not, but now that I’ve official decided to do it, I’m extremely excited. I’m having a blast with Fallen Matter, and now that I have something to keep me accountable to write each day instead of, you know, wasting my time looking for picture for its Pinterest board and such, I think things are really going to take off.

So are any of you doing CampNaNo in April? If you are, please let me know! You’re welcome to check out my page HERE. I’d love to share the journey with you!

I just hope I remembered to pack my creativity.

Posted by Christine Smith at 4:41 PM