My Newest Endeavor - The McGuffin Book


Remember a couple of weeks ago when I mentioned how a new story had snagged me by the throat and insisted I write it? Well, I have given in. For the most part. In truth, I’ve barely written anything in it save for a couple of paragraphs, but it has taken a home in my brain and does not appear to be leaving anytime soon. That’s okay though, I’ve already fallen in love with my two main characters and the idea of writing this story intrigues me. I’ve mainly been planning my characters and making a pinterest board for it and just having a fun time thinking about it. So, since it has taken over my brain and will probably be a project I’ll be working on for a while, I thought I’d ramble a bit about it.

My brain, or perhaps it’s my muse, or both, has seemed to taken upon itself to grab my hand and forcefully drag me out of what I call my writing comfort zone. Medieval fantasy is absolutely my comfort zone. That’s simply what I write and I never thought I’d ever attempt something new. Then The Avriot happened. A steampunk story. A steampunk, time travel story with no medieval-ness or fantasy in sight. And I. . .I actually enjoyed writing it. A lot. Something that wasn’t fantasy. Craziness! Still, it certainly wasn’t a con 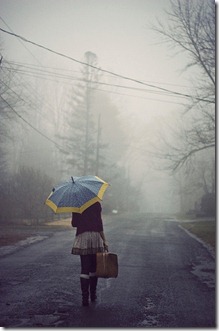 temporary novel so it was acceptable. The idea of me writing something modern would appall anyone who knows me well.

But then one day I got this image in my head of a girl wearing a hat and holding a suitcase standing on a street in London. That’s when all my beliefs of me never ever writing anything contemporary crashed around me. This book was going to be written. It had to be written. It seemed I had no choice in the matter.

My silly brain, though, can never think realistically (which is perfectly acceptable when you’re a fantasy writer). This book would indeed be written in the real world and in modern times (definitely a first for me) but that didn’t mean it had to be realistic? Riiiight? Of course not! “Why can’t there be mythical creatures and fantastical adventures and evil fae organizations?” said my brain. And thus The McGuffin Book series was born, and the first book, The Sign of the Shy’re, is well on its way to being, uh, written in.

"Don't come looking for me. I just need time to myself."

These were the words twenty-two year old Emery Garnett reads on a letter signed by her mother when returning to their small flat one afternoon that changes her life forever. She knew without a doubt that her mother would never desert her like that. They were all each other had, neither one would ever abandon the other. When Emery finds a strange symbol carved into the wall that had never been there before she begins to deduce there has been foul play. Someone had kidnapped her mother, but no ordinary captor, this was something mythical.

Ever since Emery was a child her mother told her of a fantastical experience she and her brother had when they were young. The world was full of secrets, things in the shadows no one ever knew existed. Now it appeared as if one of those things came out from hiding and took her mother away.

It didn't go over well when Emery claimed to the authorities that she believed mythological creatures kidnapped her mother. With no one to turn to, Emery remembers her alienated uncle, the only family she had left and the one person who might believe her. So, packing her bags, she travels from Cardiff to the heart of London to seek out this uncle she has never met.

Dominic McGuffin proves to be a strange man, and not an easy one to get along with. But when Emery convinces him to help her find her mother, his sister, they are swept into an otherworldly adventure across the hidden places of London, discovering that fairytales and myths are far more than just stories.

I can tell already Emery and Dominic are going to be exceedingly fun characters. 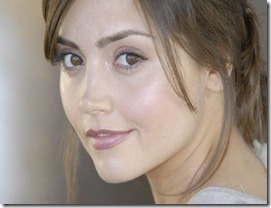 Peppy, sassy, and sarcastic sum up Emery well. She’s a happy-go-lucky gal and a good friend to have, if you don’t mind her speaking her mind that is, or her talking in general, because she never can seem to keep quiet for long. And she tends to have far too much energy.

She’s a stubborn, fiery girl that never lets anything get in her way. After her mother goes missing, she takes it upon herself to solve this mystery, no matter how many people mark her off as mad. Overall though, I’d describe Emery as cheerful. She loves to laugh, is always smiling, and clings on to hope even when there isn’t much to hold on to. Just the kind of person her uncle needs in his life… 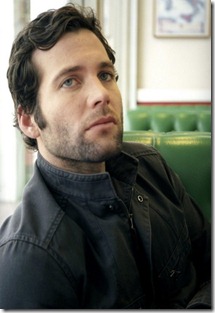 Unlike Emery, it takes great effort to get him to speak, especially due to his habit of blatantly ignoring human beings in general. He tends to be bored with life and irritated by everything around him. He could care two cents about what people think of him, but does not hide what he thinks of others. Insults are the most common things to come out of his mouth.

To make up for his almost complete lack of emotions, he's incredibly smart, a very quick thinker, and a deep observer.

He has an almost impenetrable wall around him. One can only hope Emery can crack it at least a little. We can’t blame Dominic too much though; his life has not been one of ease.

They’re going to have quite an adventure together, these two.

Writing something modern will certainly be a new one for me, but I’m looking forward to the challenge. I think Emery and Dominic will keep me on my toes enough to keep me interested for a long time.

Posted by Christine Smith at 3:41 PM