{Book Review} The Rose and the Balloon by Kirsten Fichter 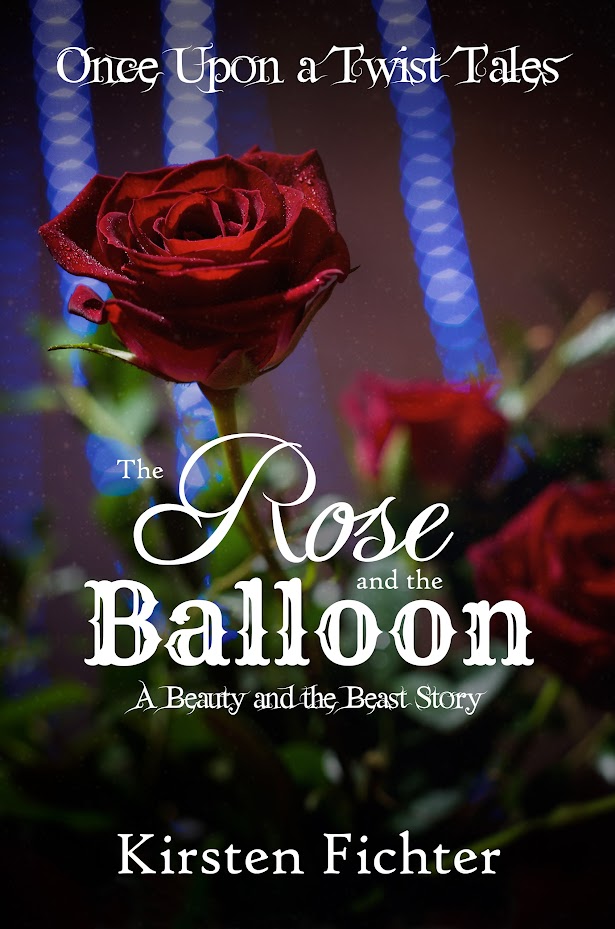 In a kingdom where fauna and flora are held in higher esteem than breakfast, Dmitri is a prince who yearns for change and plans it in a single daring act that will alter his life forever. However, when his demented mother accidentally causes the destruction of a prized garden of roses, Dmitri is horrified when she proposes his hand in marriage to make up for it. Not only will a wife hamper his glorious plans, he doesn't even want one.

Janelle has spent her whole life on her father's rose farm, tending the roses and staying simple. But she really yearns for something greater than the flower beds. But now there's a wrench thrown in the works – the crazy Queen Maeva wants her to marry the prince, and all for ruining her father's beloved roses.

This is Beauty and the Beast with a twist like you've never seen it before.

Well, this was a little bite of sweetness!

A while back Kirsten a.k.a Kiri was looking for beta-readers for her newly written Beauty and the Beast story, and I obviously couldn’t miss out on that goodness. Not only was it a Beauty and the Beast story, but it involved HOT AIR BALLOONS. You should all know I’m obsessed with hot air balloons. I don’t even know WHY. I just am. It’s on the top of my bucket list to ride one. And I look at pictures of them on Pinterest all the time for no other reason than to drool over the gorgeous, whimsical things. It’s a weird thing about me BUT I LOVE THEM. So when I realized my talented friend was not only doing a story of my favorite fairytale but with a hot air balloon. Well, I devoured it like a piranha to a cupcake.

Imagine my complete and utter ecstasy when Kiri announced she was going to publish her B&B novella.

OF COURSE I ordered the book the very day it released and swallowed it whole as soon as it came in the mail. It was my dear friend’s story IN A PHYSICAL BOOK. IN MY HANDS. Oh, happy day!

And ahhh, the story was just as delightful as I remembered. 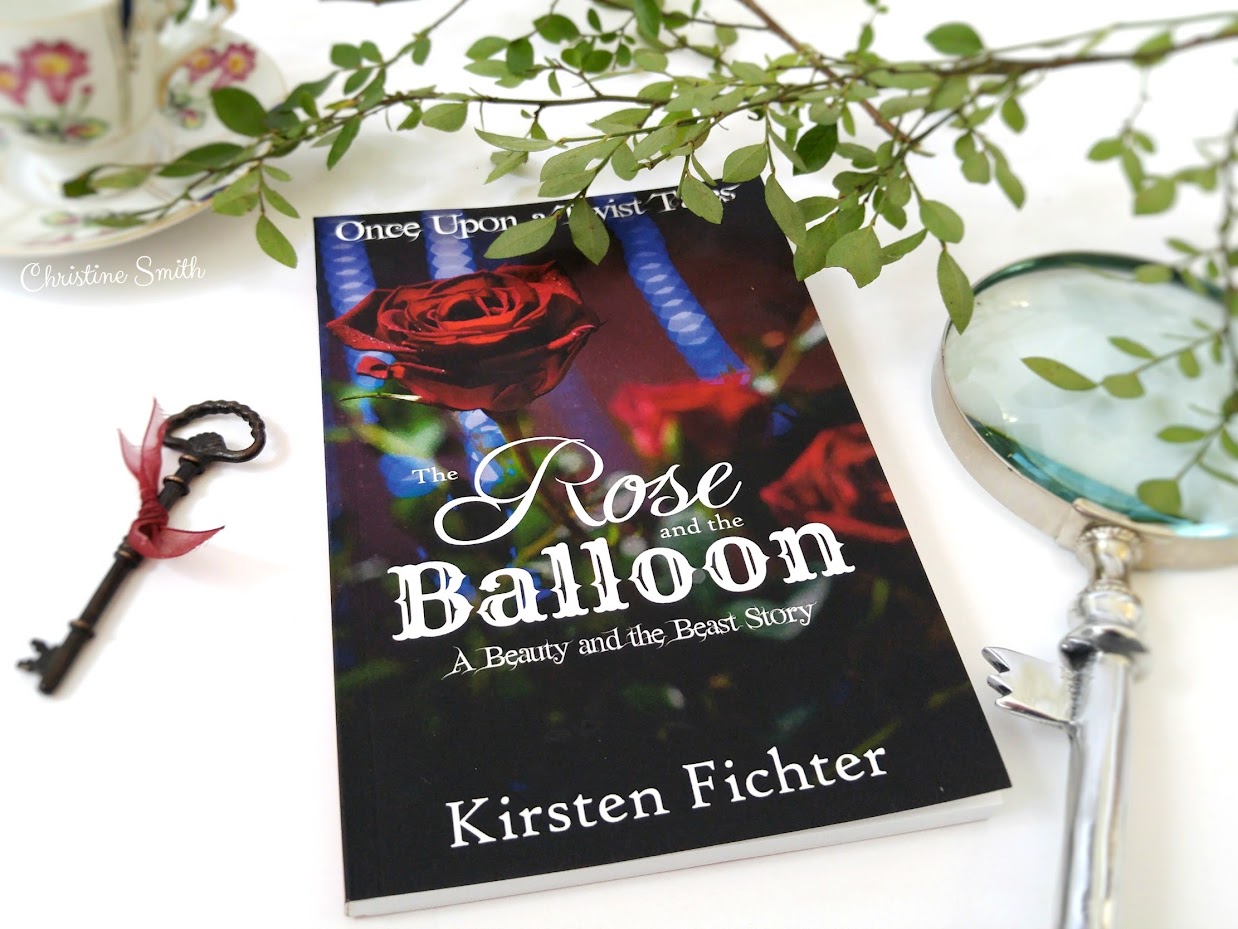 Jenelle and Dmitri are both very headstrong people who find themselves suddenly forced into a mutually unwanted betrothal. Throw in an unstable mother, a rose-obsessed father, a pair of mischievous twins, and some hot air balloons, and insanity ensues.

Jenelle: Jenelle is our “Beauty”, but what I love about her is she’s not the perfect, quiet little Beauty we usually have. Jenelle is stubborn and set in her ways, and can match the “Beast” with her fiery temper. But only if she’s pushed. Naturally, she’s a clever, fun-loving girl who does her best to live a life without her mother, and with a father who forgets most everything, including his daughter, in favor of his beloved roses. Jenelle’s life hasn’t been one of ease and pleasure, and she has a quiet strength about her I admired. She’s unlike any “Beauty” I’ve ever read, and I loved that about her.

Dmitri: This is our “Beast” character who is disgruntled about the life he’s been thrust into. With a mother deemed crazy and no father, he’s closed himself off to the world. There’s such a layer of depth to Dmitri that we see peeled back one bit at a time as the story progresses. Sometimes I was frustrated with him, sometimes I wanted to hug him. The complexity of his character was perfection. And then you mix his stone-cold spirit with Jenelle’s fiery one and oooh, much fun!

Queen Maeva: I ADORED “Crazy Maeva”. She was one of my favorites. I have this odd obsession with characters who aren’t all “there”. Who have special mental disabilities. Winter from The Lunar Chronicles or Lady Peg from the Valley of the Dragons trilogy would fit this description. Eccentric and childlike and just all around adorable. That was Queen Maeva.

Nicolas and Nicoline: THE TWINS. Without a doubt, one of the BEST parts of the book. Nicolas and Nicoline are the younger siblings of Dmitri, and are in a constant contest to kill each other (read: prank the other just for fun). Their shenanigans had me rolling with laughter. And then there’s a part at the end and JUST. . . Well, you’ll just have to read it! *grins*

Lord Roux: At first you think Jenelle’s father is a selfish man. I mean, who cares about a rose garden more than his own daughter? But Kiri has a way of endearing each and every one of her quirky characters to her readers. I actually found myself laughing during a couple of Lord Roux’s scenes. I don’t want to say much in fear of spoiling things, but let’s just say I liked his addition to the story a lot.

All together, they’re a completely fun and complex cast—all so different with their own secrets and desires. Between them all, there was some great dialogue, tension, and plot twists.

Also can we talk about those names? I loved ALL of the names in this book. Jenelle, Dmitri, Maeva, Nicolas, Nicoline—JUST GIVE ME ALL THE PRETTY NAMES. 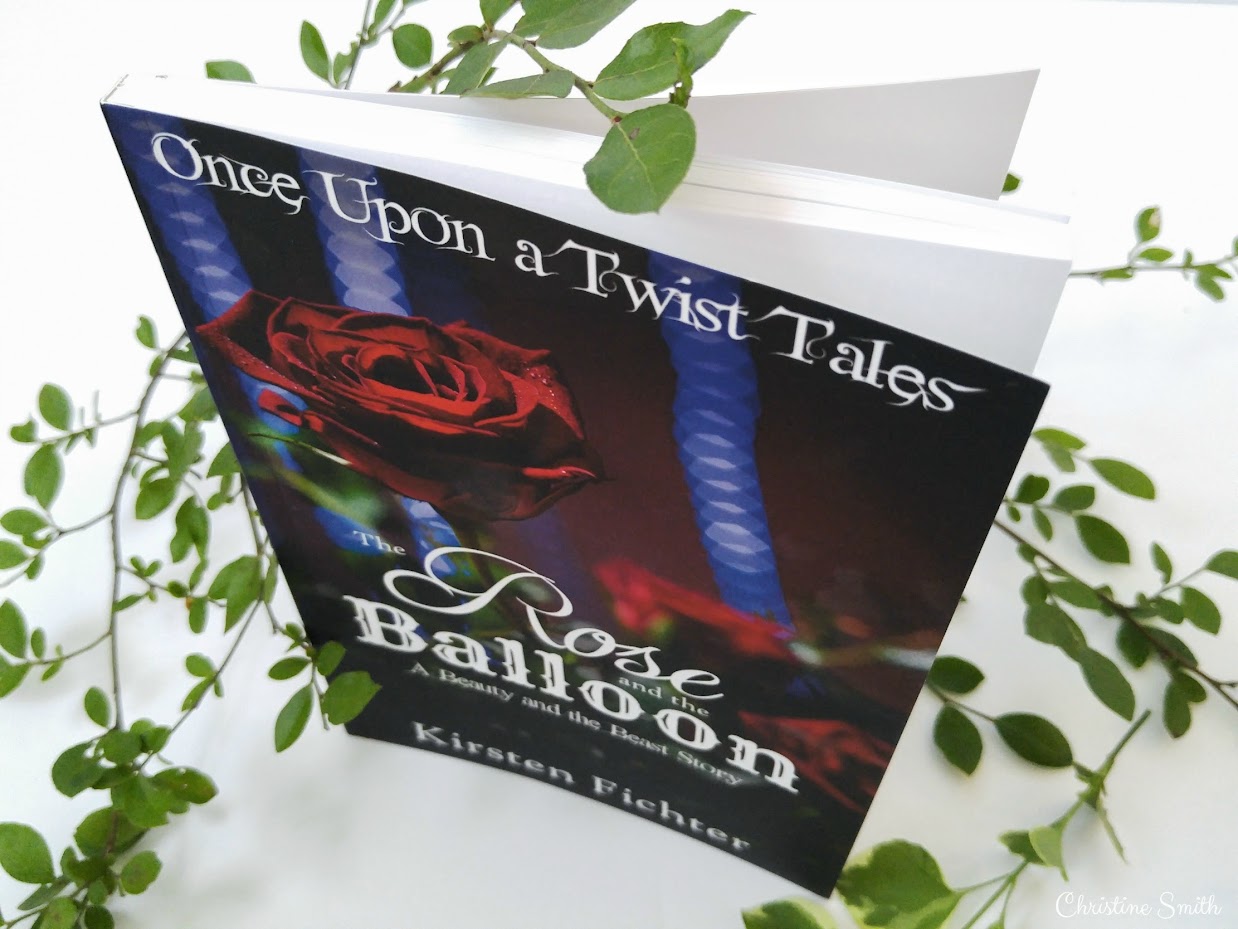 What was really cool about this story was how clever it was. This is a Beauty and the Beast story without a lick of magic, and yet still includes a glowing rose. And, as the author says, it’s an upside down Beauty and the Beast. I love the twists and turns it took, and also the touch of steampunk thrown in.

It’s also just FUN. This is only a novella, so it’s a very quick read. I think I read it in under 2 hours. As I said at the beginning, it’s a bite of sweetness. There’s something. . .bright about the story. I don’t even know how to explain it. A beautiful castle and rose gardens and gorgeously wonderful hot air balloons and fun pranks with the young twins and a library and. . .I DON’T KNOW. It was just bright and happy and fun.

If you’re needing something light and sweet to read, I highly recommend this one.

I think my only complaint is the romance maybe happened a teeny bit fast. But, again, it’s a novella, so there was really nothing much that could have been done. Otherwise, I loved every word.

Kirsten has a beautiful way with words. What really struck me was the dialogue. Not only is it quick and witty, the characters SOUND like they’re from a fairytale-type world without it seeming too rich. I have a hard time reading old fashioned dialogue because it’s slow and thick. But Kirsten seamlessly made the dialogue easy to read and realistic but without making it too modern. I really admired that! And the entire narration reads smooth and beautifully. She has a wonderful style!

Not a thing! Perfectly clean. Like I said, this is a light, fun read, that could easily be read by anyone. Even the romance isn’t laid on very thick.

The Rose and the Balloon has a delightful, complex cast, a bunch of secrets and plot twists along the way, and beautiful writing. If you want a surprisingly upside down Beauty and the Beast story, then here it is!

It’s a quick, happy story that will put a smile on your face. Like a piece of your favorite candy.

Also, this is a Beauty and the Beast story with a HOT AIR BALLOON! Do you need any more reasons to read it???

Have you read The Rose and the Balloon? BECAUSE
YOU NEED TO. Do you like fairytale stories? And am I
the only one with a weird obsession with hot air balloons?
Has anyone ever ridden in one? I NEED TO KNOW.

Posted by Christine Smith at 11:41 AM