I’m diverting from my usual Monday post this week (because I’m always sooo punctual *cough*) due to some very exciting news. More than exciting, thrilling. My dear blogging buddy Jack has landed a publishing deal!!! And well deserving of it, too. Because she’s amazing and hilarious and makes the most loveable characters and basically THIS IS THE BEST NEWS EVER.

And today I get to share with you the absolutely epic cover for her soon-to-be-released World War II book, Brothers-in-Arms. I told you, exciting things!

But first, a little about our dear Jack. 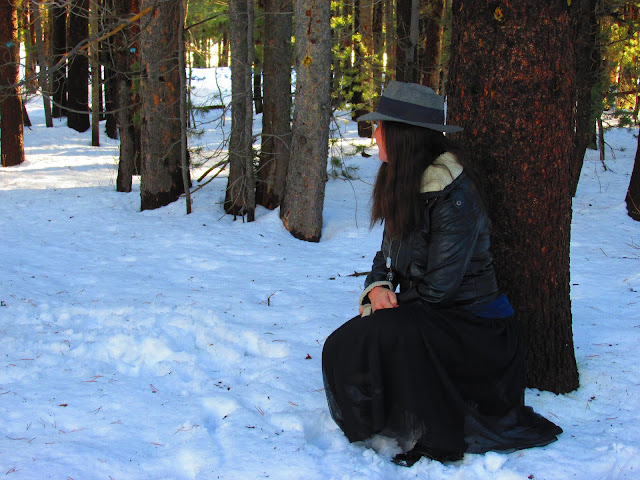 Jack is one of those strange people who calls herself an Author. She spends a lot of her time writing and even less time editing. She likes to write about friendships which is partly how Brothers-in-Arms came to be. More than ten years in the making, this is the book she dreaded the most writing, but which also has the most meaning for her.

When Jack isn't writing, which doesn't happen too often, she keeps busy with various other hobbies – such as reading, playing the bagpipes to the dread of her neighbors, and drinking tea – which might not be considered a hobby by most but which should be.

She lives in a cabin in the woods with her dog and a library which isn't quite equal to Prince Adam's but will be given enough time and a secret doorway.

And now the part we’ve all been waiting for. . .

*throws in some trumpets*

*pushes a grand piano in the midst of it*

*breaks out the violin* 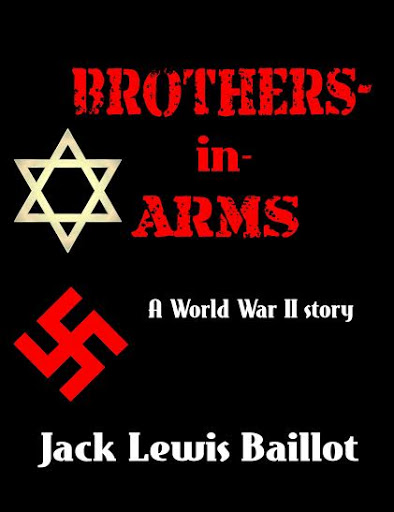 Can a Jew and a Nazi survive Hitler's Germany?

Franz Kappel and Japhet Buchanan never expected their friendship to be tested by the Third Reich. Friends from early childhood, the boys form an inseparable, brotherly bond. Growing up in a little German village, they escape most of the struggles of war until the day Japhet is banished from school for being a Jew, and later has a rib broken when other village boys beat him up. Franz learns he is putting himself in danger for spending so much time with Japhet but continues to stand up for his Jewish friend even at the risk to himself. Then one day their lives are shattered when they see first-hand that the price of being a Jew is dangerously high.

With the war now on their doorsteps, Franz and Japhet come up with a desperate plan to save their families and get them out of Germany alive. Leaving behind the lives they've always known, they move into Berlin with nothing to protect them but forged papers and each other. Convinced their friendship can keep them going, the boys try and make a new life for themselves while trying to keep their true identities and Japhet's heritage a secret. Taking his best friend's safety upon himself, Franz joins the Nazis in an attempt to get valuable information. At the same time, Japhet joins the Jewish Resistance, neither friend telling the other of their new occupations.

With everyone in their world telling them a Nazi and a Jew can't be friends, it is only a matter of time before they believe all the lies themselves, until neither is certain if they are fighting against a race of people or fighting for their homeland. Somehow they have to survive the horrors of World War II, even when all of Germany seems to be against them.

I’m pretty sure this book is going to destroy all our feels and it’s going to be wonderful.

What do you think? Isn’t it such an enticing cover? Don’t you just want to snatch this book up NOW? I love friendship books! How about you?

Posted by Christine Smith at 10:26 AM

Email ThisBlogThis!Share to TwitterShare to FacebookShare to Pinterest
Labels: Books