It’s time for me to join up with Beautiful People again! *confetti* If you haven’t yet (which most of you probably have, I’m always behind), do leap or skip or hop or jump (or walk, that’s fine, too) over to Sky's post or Cait's to join in yourself.

We’ve had a lot of awesome editions these past few months, including Beautiful Books and last month’s Valentine’s edition, but this go round there’s no special edition. Just ten questions to interrogate our characters with and get our brains whirring. And, honestly, I’m quite excited about it. I love all the fun themed editions but there’s something special about just the regular Beautiful People. I’ve also been anticipating a good set of questions that would suit a particular character. I’ve wanted to do a BP with this character for like. . .a year. When I saw these questions, I knew it was time.

Some of you have probably seen me talk about him, a certain mischievous fae from my Beauty and the Beast retelling, Burning Thorns. If not, well, you’ll meet him today. And him being the cocky fae he is, he’s insisted he answer the questions himself. I very hesitantly agreed, as long as I can oversee it. We’ll see how this goes. . .

So, against my better judgment, I guess I’ll hand it to him now. Everyone, meet Larke. 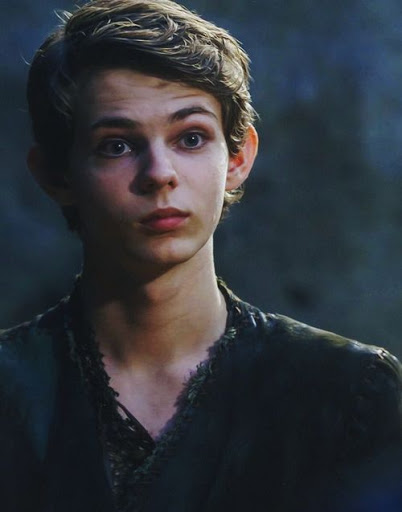 Larke took a couple of more steps before glancing at his empty side and blinking. He swerved on his heel to face her. "Problem?"
"Yes there's a problem." Marigold firmly placed both hands on her side. "We've been walking through this stupid forest for hours and you haven't even told me what I'm doing here. I didn't agree to a nightmarish hike through the woods!"
He raised a finger. "Firstly, I'd rather you not insult the Forest, I'm quite fond of it." He paused and glanced at the ground, eyebrows scrunched, before snapping his head back up a second later. "Secondly, that's it." Another finger joined the first. "Secondly, it's hardly been a full hour yet."
"Well, who can tell in this merciless darkness? I'm not moving a step more until you tell me where exactly we're going."
He pointed a finger to his left and little behind him. "Right there."
" Excuse me?"
"Right there." His finger shook in emphasis. "Across that bridge, that's where we're going. But if you want to take a break." He shrugged and plopped to a sit where he stood.
She squinted through the fog and spotted a thin, moss covered bridge stretched over a wide drop-off not five feet away.
"That? That's our destination? The thing looks like it'll collapse if I breathe on it!"
"So don't breathe, then."

1. What first inspired this character? Is there a person/actor you based them off?
Inspired? Based off of? I am who I am. I’m a very unique and fascinating individual, thank you very much. What do you mean—

*shoves Larke out of the way* Ahem. Okay, I may have to answer some of these questions for him. (Italics is me talking.) My first spark of an idea for Larke was sometime during the early stages of outlining the novel. This was originally a novella. When I decided to turn it into a full-length novel I knew I needed some bigger plot devices, something more in depth. I also thought it’d be fun to add more fae characters, since there wasn’t much in the novella. Next thing I knew, there was Larke, his sassy personality full intact and ready to take over the novel. I didn’t discover his backstory until later though while I was outlining. Now it’s strange to think this story once existed without him. He’s such an important piece.

Isn’t that what I just said? Life would be so boring without a little fun.

Anyways. *shoots him a glare* Very, very soon after the idea for him came to me, I was thinking about an actor who would suit him. Almost immediately it hit me. Robbie Kay, specifically as his role of Peter Pan in the ABC show Once Upon a Time. He was Larke.

2. Describe their daily routine.
My day starts off like anyone’s. I wake up, eat some breakfast (I’m partial to rudenberries that grow along the ground nearby my cave home), then maybe take a nice walk to where the Forest meets the human boundaries. My favorite days are when curious children brave coming to the Forest edge. They’re quite fun to. . .play with.

Larke, get that grin off your face.

What? It’s true. Humans are far too amusing. Occasionally I’ll even sneak into the human kingdoms and play tricks on them. Though I’ve been rather preoccupied ever since that Rose girl came into the Forest. . .

3. If they joined your local high school, what clique would they fit into?
Erm. How high is this school and what does it click with exactly?

I’ll have to answer this one for him, too. You have to remember he’s a fae from a fairytale, medieval-type setting. XD What clique? Honestly, he’d probably be the leader of the bullies and constantly causing grief to the other kids for his own amusement. Or at least playing mean tricks on them. >.> His charisma tends to make people flock to him, so he’d most likely have plenty of other bully-buddies behind him. Though he’s not one for making friends, so really he’d treat these “friends” more like minions.

4. Write a list of things they merely tolerate. Ex: certain people, foods, circumstances in their lives…
People I merely tolerate? There are some people I don’t even tolerate. But we won’t talk about that.

Dwarves for one thing. Sure, they’re useful with a shovel, but how many underground tunnels do we really need? Who even wants to live underground? They’re far too stubborn and practical for my taste. Oh, and that’s another thing. Practicality. Those people who think you only ever need the essentials and to follow the rules. Don’t you ever want to have a little fun? Those oranges humans grow aren’t very tasteful either. Have a grandel we grow in the Forest instead. They’re like oranges but far sweeter.

5. How do they react in awkward silences?
If it’s awkward it’s your fault, not mine. Personally, I like silence. Who ever said it was awkward?

6. Can they swim? If so, how did they learn?
Of course I can swim. Quite well, too. There’s a specific lake I used to frequent all the time as a child. These days the merfolk hog it though and try to drown anyone who gets near. Psh, selfish. Aha, that’s another thing I merely tolerate. I really have no use for those greedy fish.

7. What is one major event that helped shape who they are?
Ha! What about that time my judgmental—

*bounds over and slaps both hands over his mouth* Sh, sh, sh! Spoilers!

I said I’m not talking about it!

8. What things do they value most in life?
Well, I value my life quite a bit. I seem to be the only one though. I don’t see why. I’m a very interesting person.

All right, fine. I value the Forest. It’s my home after all, and I don’t appreciate humans bothering it.

*quickly intervenes* Let’s just say second chances are not his thing, no. And he has serious trust issues.

Trusting people is a waste of time. I should have realized that a long time ago.

10. Your character is having a rough day…what things do they do to make them happy again? Is there anyone they talk/interact with to get in a better mood?
Stealing curiosity from those innocent, oh-so-naïve human children is always fun. Curiosity is so tangy. Excitement is also quite delicious.
If I don’t feel like dealing with mortals, I’ll stay in the Forest and take a shiny trinket from the imps. Watching them skittering around in fury is hilarious. The fairies are also fun to tease but they’re much harder to catch.
Talking is boring. I’d rather play. Besides, making lasting friendships is not exactly part of my normal routine. Waste of time.

I enjoyed myself. We should do this again sometime. Maybe next time my author will actually let me fully answer the questions.

You know you love me.

Posted by Christine Smith at 10:08 AM