The Awesomely Fantastic Cyrus Speaks Out 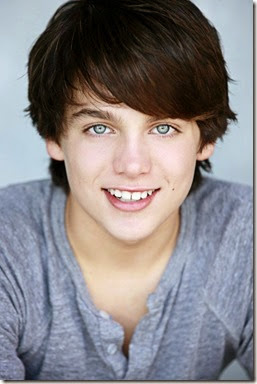 Hello, Christine’s friends! The name’s Cyrus. Christine’s said you’ve heard of me, but the real question is who has told you about me? Because if it was my brother Elan then let me tell you right now. . .every word’s a lie!

“What? I wouldn’t say bad things about you!”

Go away, Elan, I’m trying to do something for our author here.

“Actually, you’re the one going around spreading embarrassing stories about me.”

Who, me? Nonsense! I’m perfectly innocent.

“So it wasn’t you I saw telling Breighly about the time I— Ouch! Okay, okay, I’m going.”

Ahem. Sorry about that. I assured Elan he’d get his turn to hijack. . .I mean. Ahem! Take care of Christine’s blog for her, and he willingly left. Yes. . .

So anyways, where was I? Oh, right, Introductions! Like I said, I’m Cyrus. Christine’s currently very busy trying to write the story I’m from, so I recruited myself and some of the other characters from said story to assist in her blog thingamjig here so she’d have more time to write. Some aren’t too keen on our story being told though. I don’t know why. I mean, we live a surging life! Full of giant robot things destroying the Earth, and crazy government secrets, and teenagers with all sorts of surging abilities, and a city inside this giant cube, not to mention the—

Oh, whoops. The Author has spoken. But see what I mean? Our story totally should be told. Which is exactly why I’m sacrificing some time out of my very exciting life to help Christine out here on her blog.

So what was my point in all this again? Oh, right, blogs.

Yeah, we don’t have those anymore in the future. The Web doesn’t work. Well, not where I live anyway. I live in this city surrounded by this humongo impenetrable cube because the Earth is currently being almost destroyed or something or another. I don’t know, I’ve live in the Cube all my life. But Christine said no spoilers so I guess I better not talk about that.

I like reading about ancient times though. The Web, or the internet as I guess it’s called more often in your timeline, is a really popular thing in the 21st century, isn’t it? We have some similar technology, where we can send messages and whatnot back and forth and stuff, but it’s not as ginormo as the Web, er, internet, once was. We mostly use ports, which are these little devices with screens that do stuff like that. I usually use mine for drawing on. You can store like a gazillion pictures on it so I don’t have to worry about wasting paper. Because wasting paper where I live might as well be a crime the way people act about it. I guess that’s what happens when you live in a cube.

Speaking of drawing, I need to go draw some diagrams for our plan of action to go infiltrate this giant lab place so we can— Oh, whoops. That’s spoilers again, isn’t it? Well, anyways, I better sign off. Christine says she’s just about made her goal for CampNaNo (whatever that is) but still only has about half of our story written. Wait. . .half? Boy, it’s gonna be long.

Hey, the more the merrier! It looks like she’ll still be busy with us for a while, so we’ll continue to help her out with her blog. Isaac said he’d be happy to do one, so you might see him next. He’s a lot of fun. And Tiff definitely wants to try. Elan seems to want a turn as well, since he already tried to take over my turn. And I’m trying to get Breighly in on it but. . .well, she’s a bit more difficult. If you offer her some chocolate and coffee she might be more willing. I’ve never had coffee myself, it’s hard to come by here, and I’ve been told I’m not allowed to have it because I have enough energy as is. Which obviously means I’m going to try some the second I get the chance!

Oh. I hear my name being called. I better run. I’ll be back to answer comments if you guys have any questions for me or something, but for now I gotta go.

The surgingly epic Cyrus signing off!

Posted by Christine Smith at 2:10 PM