I seemed to have survived another week of CampNaNo, 17k words in, and my sanity is still (somewhat) intact. It’s a miracle!

In honor of CampNaNo, I thought I’d introduce my cast of characters. I’ll probably be talking about Fallen Matter for a good while. It has sort of taken over my life since December after all.

So take a peek inside my mind for a moment and see who all is currently invading inside there. (WARNING: Injuries, emotional and/or mental scarring, and sanity being taken may occur upon entering Lauri’s mind. It is advised that all who enter has a therapist on hand upon leaving.) 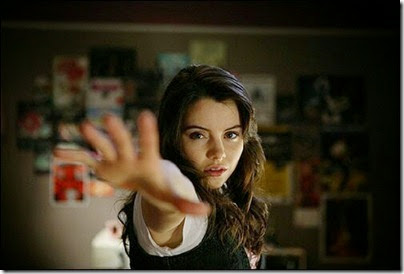 Breighly is the main character of Fallen Matter, and since it’s in first person, she’s the only POV you get in the whole book. Through most of the story she has no memory to speak of, so spends a lot of time trying to figure out who she is. Ironically, she has the ability to read, and sort of control, other people’s memories. So yes, memories is a big theme in this book.

Breighly is an extremely skittish person. She hates loud noises and crowds and pretty much people in general. Waking up in this scary laboratory with absolutely no memory whatsoever and discovering you suddenly have this weird, inhuman ability can do that to a person. Of course, her frightened nature may have something to do with her past as well, but no one’s supposed to know about that yet. Shhh.

The man jerked my wrist up towards him and reached to remove the plastic band. It had spun around, and now instead of the stream of random numbers I could see two words. Breighly Matterdon. I stared at the words, mesmerized.

Trying to find my voice, I licked my lips, but my tongue was so dry it did no good. "What's Breighly?"

The man was struggling to pull the thing off from around my hand. Its sharp edges cut painfully into my sore wrist. "You." 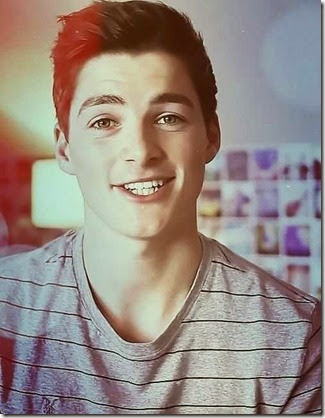 Elan is the next biggest character. There are not many parts of the book that he’s not right there alongside Breighly. Being the protective person he is, he serves as Breighly’s anchor as she tries to makes sense of everything and handle all the torture interesting events her author puts her through.

Elan is a fun guy, a bit awkward, but quite the people person despite it. He keeps things light, which is good, because Breighly sure doesn’t.

Oh yeah, did I mention he has wings? Because yeah, he does.

A lump formed in my throat, causing a strain in my words. "Your wings..."

He halted his approach, standing six feet away from my shivering form in the middle of the street. Clenching a fist, his gaze dropped to the ground. His wings unfurled to their full span. The lamppost behind him silhouetted his shape; he was a dark creature, not even human...

I started at the sound of the very word swirling through my mind.

His gaze came back up to meet mine. "That's why you're afraid of me, because I'm a freak of nature." 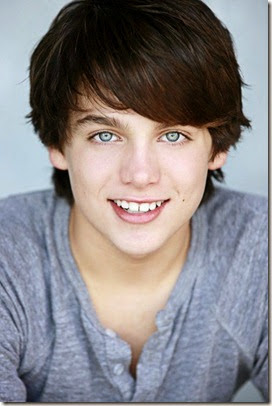 And then there’s Cyrus who really keeps things light. He’s Elan’s little brother and a mess and a half. You first met him in this post.

You just never can know what will come out of that boy’s mouth, and I assure you, he will say anything. He’s quickly becoming one of my absolute favorite characters. Where Breighly and Elan still need some fleshing out, Cyrus jumped into the story fully equipped with an over dosage of personality. Now it’s all I can do just to keep up with the boy.

He has a knack for embarrassing his brother, and I’m just sure he does it on purpose. He’s great with people though. Most everyone takes to him right away. Even standoffish Breighly can’t help but laugh in his presence, and laughter is not something you hear come out of her mouth often.

Cyrus's smile was wide and genuine as he grabbed my hand and shook it so hard my teeth clattered. "Nice to meet you, Breighly. Sheesh, Elan, she's pretty. I've never known you to have such a pretty friend. Did they give you some social skills in that Lab as well, or is something wrong with her head?"

Cyrus's grin didn't falter. "Well, something's got to be wrong with a girl who chooses to sit so close to you under a table. What were you two doing down there, anyway?" He leaned close to me and lowered his voice. "He's got really bad breath, you know." 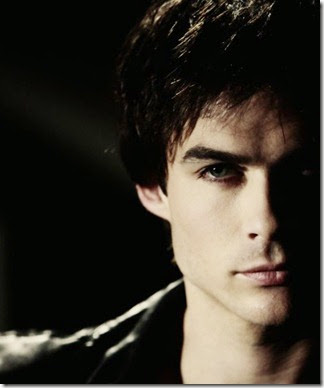 Lykan may be my favoritest character of all (I know we don’t supposed to choose favorites, shh). You also met him along with Cyrus in the above link.

He shouldn’t be my favorite. He’s sort of a terrible person. Selfish, manipulative, an all around jerk. The antihero type. He’s a pretty charismatic, laidback sort though. His agenda is almost always himself. If it benefits him, then you can be sure he’ll go for it.

Lykan’s a bit more complicated than that though. He’s riddled with secrets and mystery, putting Breighly and Elan through lot of trouble and confusion. He keeps things very interesting, let’s just say that.

And while Breighly can read memories and Elan has wings, Lykan also had a certain ability. But. . .spoilers. *wink*

The guy chortled. "So what is this? Bat Boy come to save the day? I see they did a piece on you. I guess it wasn't hard for you to escape. Did you help Miss Snoop out as well?"

"We found the aerodite dock open. How did you get out?"

"Simple. I used the elevator."

"Even with all those authoritaters running around?"

"Oh, they were easily persuaded by my..." he leaned to the side to give me a wink around Elan's wing, "charming personality." 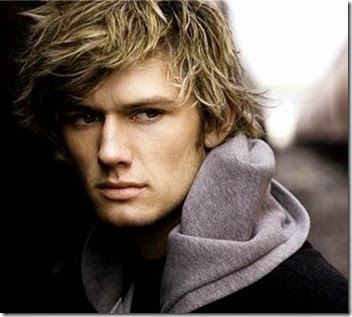 Not a whole lot can be said about Isaac, because he’s very spoilerific, and I’m still trying to figure him out myself. *cough*

I know he likes to tease people. He’s pretty easygoing and fits in with most groups. He’s the type that is very easy to talk to, and just have fun with. But he also had a nasty temper that you’ve got to watch out for. Once he has his mind set on something, there’s really no persuading him otherwise. His beliefs are strong, and he’ll stick to them like glue. His stubborn personality can get him into a lot of trouble.

"Breighly!" A strong embrace caught me, ripping me out of the abyss. Isaac held me close, rocking back and forth. "You're okay, you're okay," he murmured. "You're not falling anymore, you're right here with me."

I buried my face in his shoulder and clung to his arm with both hands, fearing if I let go I would drop again. My body trembled with sobs. 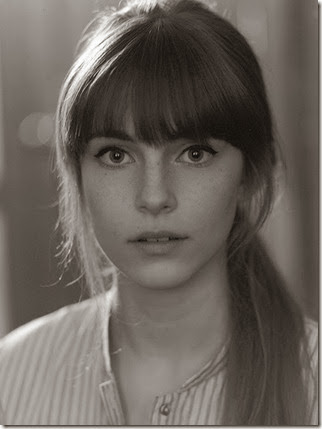 Fay is a quiet soul. It takes a great deal of effort to get her to say even a single word. Even though she’s 14, most people mistake her for much younger. No one quite knows why she’s so quiet and child-like, but it’s suspected it has something to do with a traumatizing past.

It may not be easy to crack her shell, but Fay always wants the best for everyone. Without saying a word, she shows more love and kindness than most people. Her sweet spirit draws people to her. And if you can manage to gain her trust, you’ll have a friend for life.

Her hands looped the end of her tattered, too-small brown dress around a finger, coiling and uncoiling multiple times. "You're upset."

I just barely heard the words. "What?"

Finally, she looked up at me again, eyebrows drawn. "Your eyes are wet."

I swiped a tear away, swallowing.

Those eyes pierced into me, so large on her thin face. Watching with such intensity, as if they were holding me captive, demanding answers. And I almost wanted to give them to her. 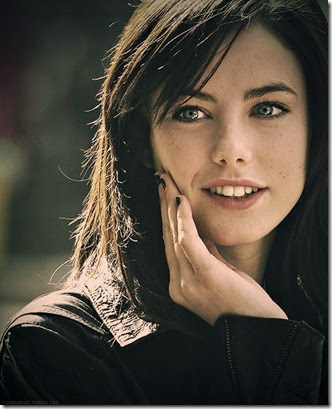 Tiff just recently arrived, and she was quite a surprise, being as how I didn’t plan for her to exist or anything. She just thrust herself in the story, expecting me to write her. But despite her sudden appearance, she has become another one I’m growing extremely fond of.

Tiff is a straightforward type. She says things how they are, without giving it a thought. And yet coming from her, nothing ever feels offensive. She’s the type that everyone gets along with, because she never judges anyone. She isn’t going to get into your business if you don’t want her there. Everything just rolls off her back. Her down to earth, carefree personality helps the others deal with all the trauma they’re living through.

Tiff snatched his bowl away. "Well, I think they were right. Only a robot brained dumbo would want to go back there." She scraped his last two spoonfuls of grits out of the stolen bowl and stuffed them in her mouth.

"Hey!" He reached for his bowl but she held it close to her chest, leaning out of his reach and flashing a very grits-filled smile.

And that’s my peeps! They’re proving to be a very enjoyable cast to work with. Though I don’t think they feel the same about me. Hehehe.

Also, I’ve been hearing some scheming among them about taking over my blog while I’m busy writing their story. Well. . .more like Cyrus planning it and dragging the others along. But if they did manage it, who would you like to hear from first? Or which of these should write a blog post? Because I’m not sure they’ll all get a turn. Then again, you never know. . . They’re all pretty demanding.

Hope everyone is having an awesome day on this awesome date. Because 4/14/2014 is quite the nifty number, don’t ya think?

Posted by Christine Smith at 5:37 PM