Soak Up The Moment 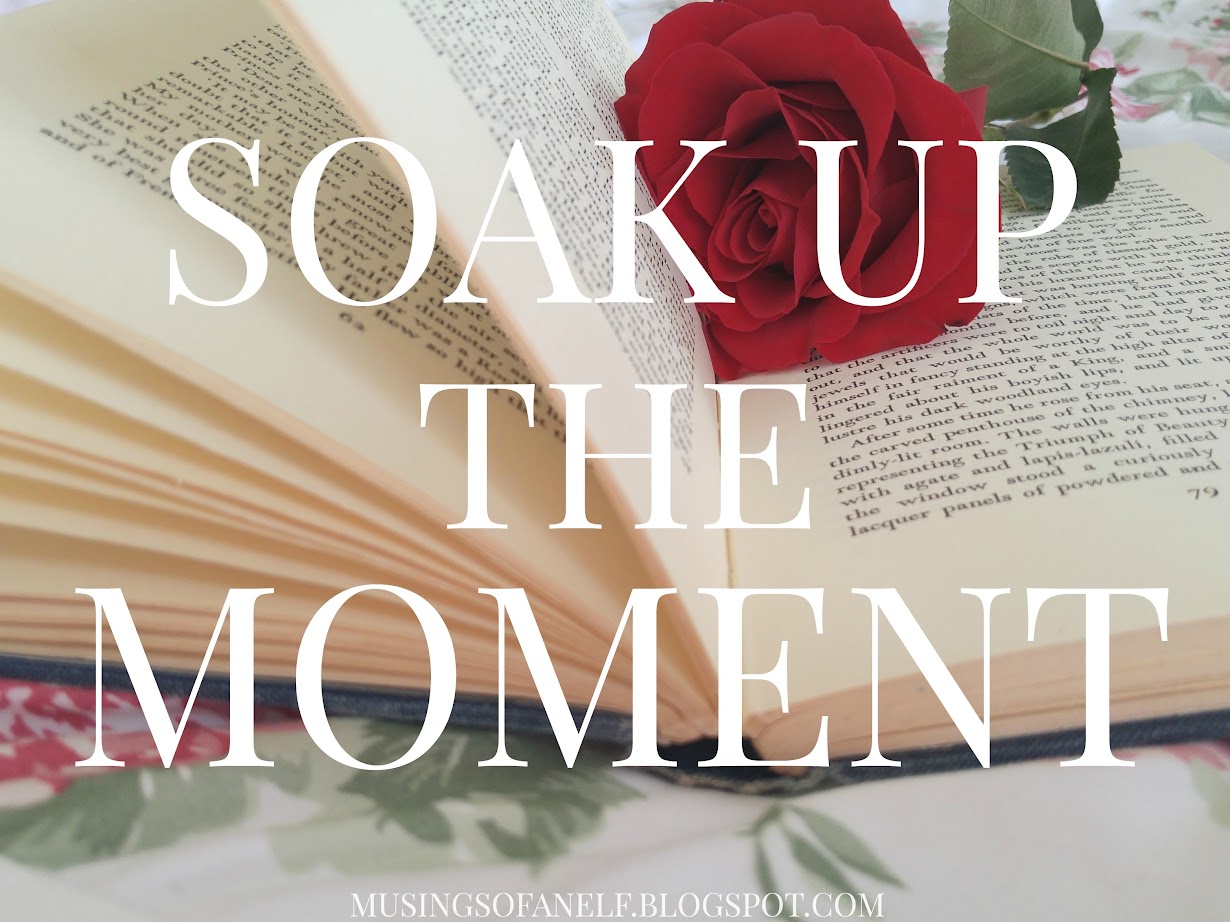 I AM BACK!!! And goodness have I missed all of you! I mean, I know I’ve only been gone for two weeks. You guys probably didn’t even notice my absence… Ahem. But I still missed all of YOU! Namely because, for once, I took an actual hiatus. See, usually my “hiatuses” just mean me not writing my own blog posts but still very much reading all of yours and keeping up on social media. But this time I took a for reals full two weeks social media hiatus. I barely even opened the twitter app! *GASP* I know, right???

As a result, I have approximately 909823847 emails, blog posts, and all that other fun stuff to catch up on and I may or may not be drowning in it all. BUT I SHALL CATCH UP. Though I may not be commenting on all the posts because, well, I only have so much time. But I will be reading every single one of your lovely posts I missed, even if I don’t get a chance to comment! (Because normally I’m sooo good and persistent at commenting on everything… AHEM.) And if you sent me an email and it takes me 3459 years to reply, I apologize!

Not only do I have the last two weeks of stuff to catch back up on, but I shall soon be jumping into NaNoWriMo plotting since we only have a month and a half left before it is upon us (you’re welcome for the panic attack I just provided, always here to help). Plus I have some beta projects I’m doing that also probably need to be tended to before the ever time-sucking NaNo takes over.

Needless to say, I’m feeling a leetle swamped. So the question is, was taking two full weeks away from everything even a good idea?

Because you know what? Life isn’t about being up to date on blog posts and keeping my inbox clear and organized. Life is about living. And yes, I’m a writer. All these computer things I do basically is my livelihood. Not to mention the pathway toward my dream career. But there’s still so much more to life than a computer screen. 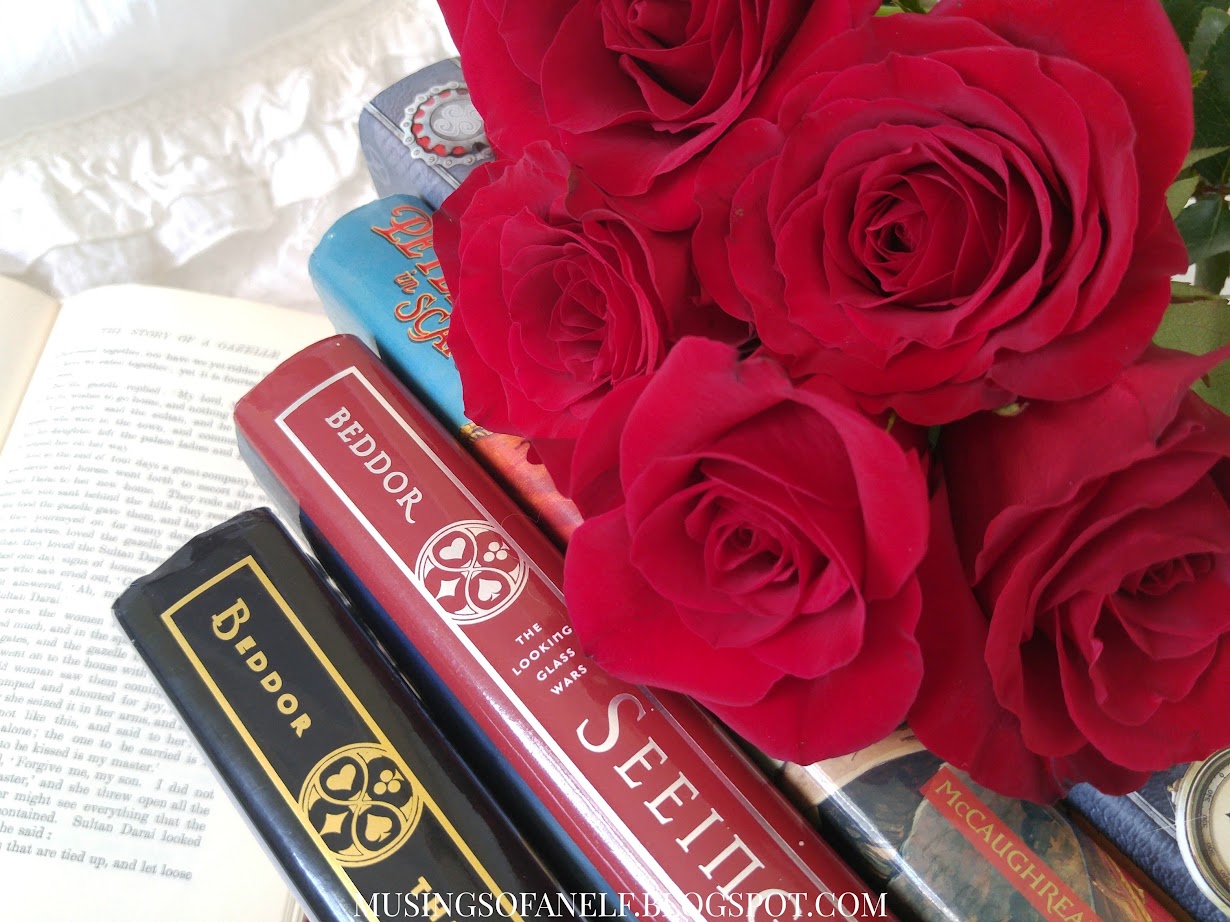 On September 3rd, I headed out to spend a week with my best friend of 17 years, and then she came back home with me to spend nearly another week in my town. And I didn’t turn on my laptop not a single day for the first entire week, and still barely touched it the second week. I could have used my laptop some. I could have taken a bit of time to keep caught up on things so I wouldn’t be so swamped when life returned to normal. My current self would be a little less overwhelmed. But you know what? I’d also be regretful.

I’d regret that I took time away from my friend to do something that really didn’t matter, that could totally be done later. Instead, I soaked up every second I had with her and just relaxed.

And that’s when it hit me. I spend far too much time worrying about “getting things done” so I don’t have to “worry about it later” instead of just enjoying the time I have. But that’s silly, because there will always be things that need to be done. No matter how hard I work, there is always stuff to do, a constant stream of things to catch up on. I can’t just forever be fully “done”. But I worry myself to death trying to get “caught up” on things, and then miss out on LIFE. The world will not explode if I wait a few days (or even weeks) to answer that email. And yet I seem to live like it will.

(And yes, I totally wrote a post very similar to this same topic back in February titled Moment by Moment, but it takes me about 346 years to actually learn these lessons, so here I am, learning it all over again. And forcing you to read my rambles about it once more. Because my blog is often where I braindump and sort out my thoughts and you all have to suffer through my rambles with me. *cackles*) 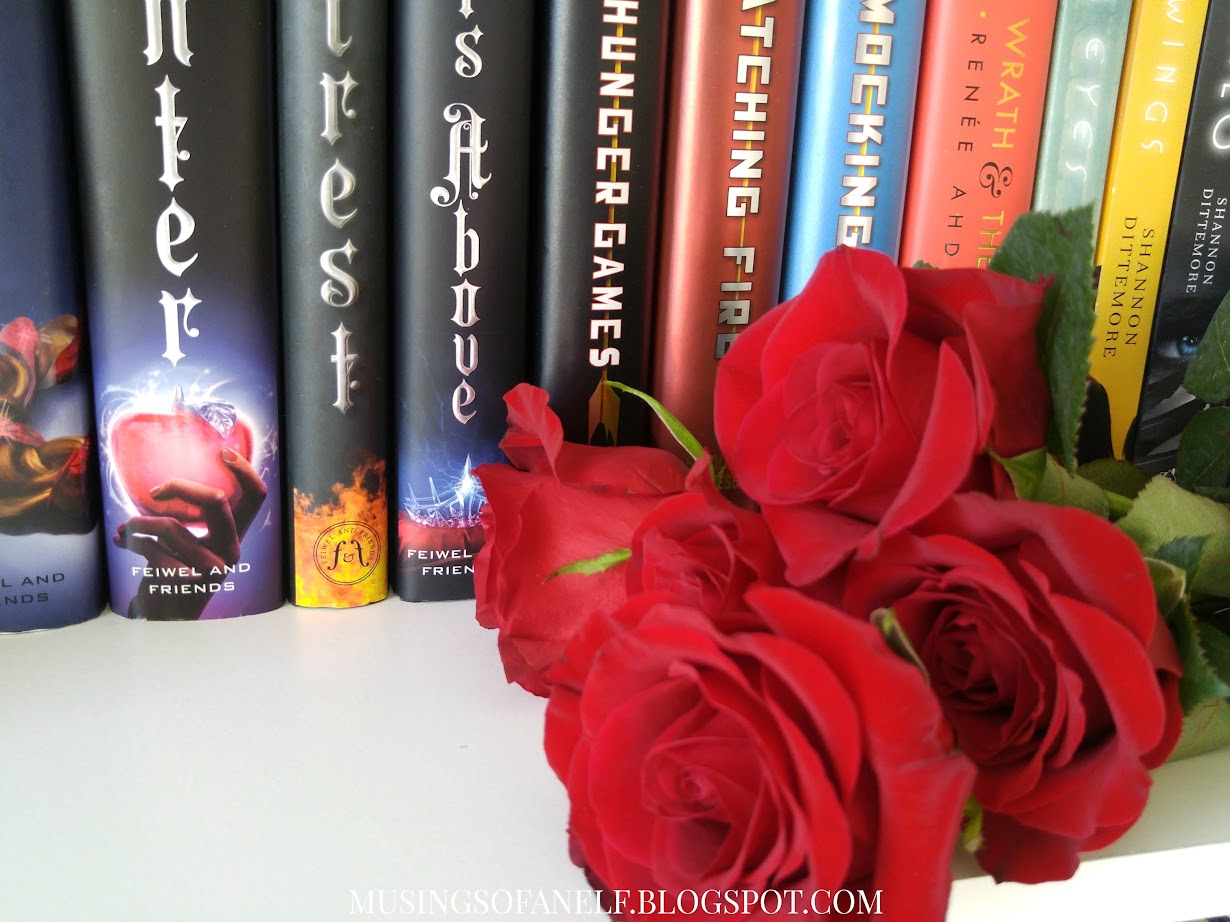 My friend and I only get to see each other about twice a year. (We used to live in the same town, but her family moved when we were 13 and yes, it stinks but we make the best of it.) Because we only get so much time together, I try my very best to soak up the time I do have with her. Spending hours of our time together on the computer does not fit into that equation. Not to mention, sometimes we just need breaks from the computer! Whether it’s your career or not, we can’t spend our entire lives in front of a screen.

During my week at my friend’s house, even on some days when she had to work, I used my time to just relax. Instead of snagging my laptop, I picked up a book. Instead of tweeting, I scrolled through Pinterest (because Pinterest unwinds me and is my happy place). I used any free time to just do things that relaxed me, tasks I loved and that caused no stress. Yes, I LOVE blogging and connecting with everyone on social media and writing. It’s one of my greatest joys, literally my livelihood. But sometimes we need a break from even those things and to just allow ourselves to be blissfully lazy now and again. Sometimes watching an entire season of Gravity Falls with your bestie (yes, we totally did that *cough*) is way more important than being on top of emails.

After my week in her town, we came to my town and spent basically every second with friends here. One of our dearest friends is literally moving this week to somewhere that’s 11 hours away. Many states away from me! *sobs for an eternity* (And let’s not even talk about the fact that her sister, my other dearest, dearest friend may end up moving eventually, too.) So yes, I’m now about to go through my other dear friend moving away from me. (Because having one friend move wasn’t fun enough. Eheheheheh…heh. *sobs some more*)

As a result, I spent the past week soaking up every single second I had with all my friends because I knew our time together was limited. And I didn’t want to waste a single second of it.

Now, I’m not saying by any means that we shouldn’t be productive. Making careers and working toward goals and living intentionally to achieve our dreams is so, so, so important. (And something I’ve been thinking a lot about as well.) Sometimes we do need to set aside time to work, or to turn down that lunch date to instead edit the next chapter of your novel because there’s a deadline looming. That’s just life. Being productive is a beautiful thing, and something I admire in people. If I had the chance to watch an entire season of a television show in one week with a friend every week I’d prooobably have to decline. But, as I said, since I only see this friend a couple of times a year (and we both just really love TV shows and spend about 96% of our time together fangirling over things) it was something I was perfectly happy doing.

No, we should definitely not spend every moment of our day doing recreational activities. But what these past couple of weeks taught me is that we should soak up the time we do have. I very intentionally let loose any fears and stress for the future during my hiatus and just enjoyed my time with friends. I soaked up each moment, and now have those memories to treasure forever.

Sure, I’m ridiculously behind on things now, but I don’t care. I wouldn’t trade these past weeks for a cleared out inbox for anything in the world. 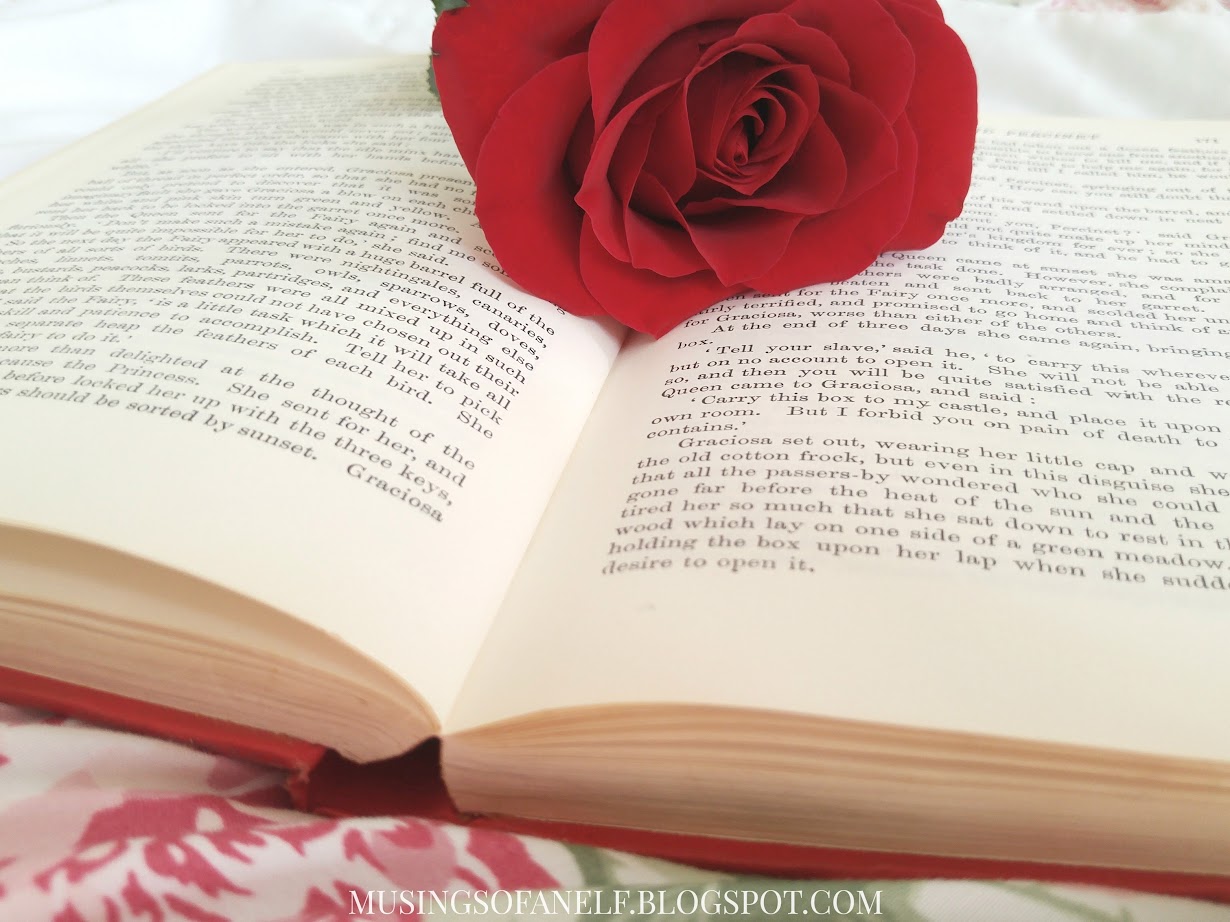 As they say, the present is called the present because it’s a GIFT. The future is unknown and can worry about itself. But the here and now, it’s what we have. And it should never be taken for granted. Don’t get me wrong, we should certainly set goals for our futures and reach for our dreams, but that doesn’t mean we should be missing out on the moments we’re living now. If I’m guilty of anything, it’s that. Lately time has just been flying and I’ve been in regret of all the time I’m wasting. And I think the source of that is because I’m so constantly focused on the future, I’m not being still and just enjoying the now.

This hit harder than ever last year when someone very close to me passed away. In fact, there were multiple deaths of acquaintances last year. And as I’ve seen people pass away and experience friends move miles from where I live, I realize more than ever, the present really is a gift. We don’t know what we’ll have or not have in the future. But this moment, right now, we do have.

So let’s choose our priorities wisely. Let’s enjoy the moments we have. Let’s soak them up. Let’s let loose our stress and fears for the future and live intentionally, seeing the moment we have now for the beautiful gift it is.

(Now if you’ll excuse me, I’ll be spending the next few days catching up on all those millions of things I’m behind on and probably ignoring my life because actually applying the lessons I’ve learned is not my strong suit… *cough, cough, COUGH*)

Sorry for the braindump and the serious turn this took! The post was really just supposed to be a quicky one letting you all know I’m back and sharing some thoughts I’ve had but…well, my “thoughts” tend to be longwinded, so here we are. But now I want to hear your thoughts! Do you soak up the moments as they happen, or, like me, are you so worried about the future and getting things done you let the present pass you by? I’M SO GUILTY HALP. What tips do you have for enjoying the present and not worrying about the future? Any good ways to find the balance of living in the here and now but still being productive? (Because I am on an eternal search for this balance!) ALSO. What’s been going on with you??? Like I said, I’ve been cut off from everyone for two weeks. I’VE MISSED YOU ALL. Tell me how life is going. I want to hear it all!!!
Posted by Christine Smith at 10:39 AM