Today I am absolutely thrilled to spread the word about one of the most delightful stories I’ve ever read! The blog tour for The Reluctant Godfather starts off today, and not only do I have a review for you guys, an epic giveaway is going on! All the info on how to get in on that goodiness is at the end of this post. So be sure to stick around! 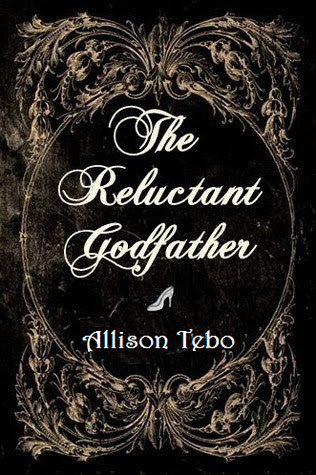 Burndee is a young and cantankerous fairy godfather, who would rather bake cakes than help humans. A disgrace to the fairy order, Burndee has only two wards entrusted to his care…a cinder girl and a charming prince.

A royal ball presents Burndee with the brilliant solution of how to make his wards happy with the least amount of effort. He’ll arrange a meeting and hope the two fall in love.

A humorous and magical re-telling of Cinderella from a unique perspective.

From the second I started that first page, I knew it was going to be good. And ooooh my goodness, was it ever! I devoured this novella in one sitting, and afterwards it went straight to my favorite's shelf on GoodReads. And only my favorite of favorites makes it to that shelf. That alone tells you just how much I loved this little tale. 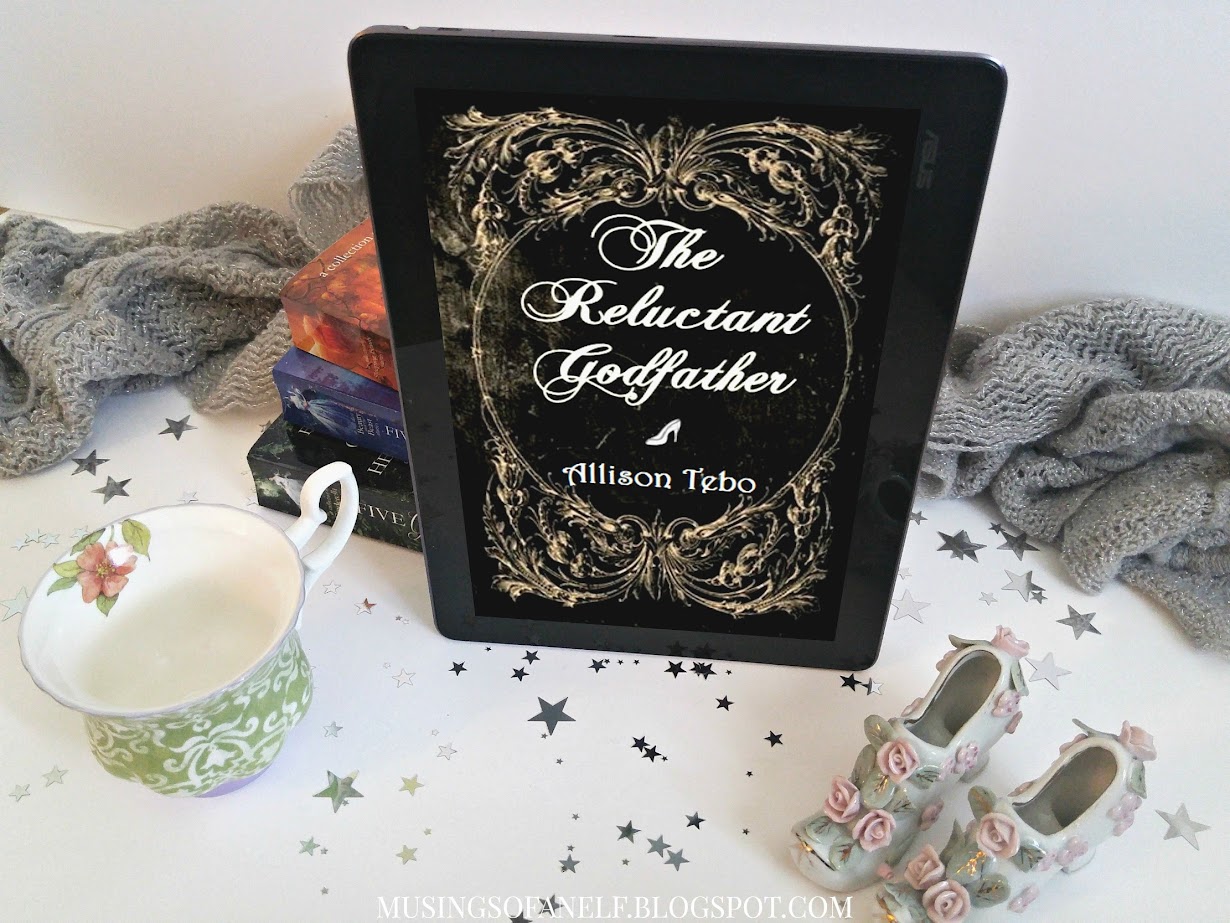 The Reluctant Godfather is a Cinderella retelling, which immediately captured my interest because GIVE ME ALLLLLLL THE FAIRYTALE RETELLINGS. And I adore the story of Cinderella. I just never, ever, EVER get tired of retellings of it. BUT. Some of you may be groaning, thinking, “Another Cinderella retelling????” There are a lot of them, I understand that, BUT DO NOT FEAR. This story is unlike any Cinderella story I’ve seen in my life. Honestly, it’s one of the most unexpected, unique retellings I’ve ever had the pleasure of reading.

Because this story is not told from the point-of-view of Cinderella, or even the Prince. It’s told from the POV of the fairy godmother! Er…father. And yes, it’s a fairy godfather. Which makes it doubly unique. We get a completely unexpected POV and it’s a guy instead of the expected female. I LOVE IT.

Burndee is our fairy godfather who has been entrusted with Prince Colin and Ella as his wards. Except…Burndee isn’t too keen on human kind, nor is making people happy his forte. He doesn’t even want to be a fairy godfather. Unfortunately for him, he really has no choice in the matter.

As he realizes he’s got to do something about improving his wards’ lives—that is his job after all—he comes up with a brilliant plan: Make them fall in love and live happily ever after. Killing two birds with one stone. Buuuut Burndee isn’t exactly one’s top notch fairy.

The characters in this story were golden.

Burndee: My top, TOP favorite. THIS CHARACTER, PEOPLE. He was so unique and hilarious. “Disagreeable” is the best word I can think of to describe him. He has to spend his life around humans, which he thinks are all silly and not really worth his time. Thus snarky comments ensue. My absolute favorite part of this book was being inside Burndee’s head. His sarcastic, cantankerous nature amused me endlessly. AND HE BAKES. Baking is his passion which…was so unexpected from this grouchy guy. I LOVED THAT. Everything about him broke all stereotypes. A fairy godfather who really doesn’t want to help anyone and who bakes? Like…I cannot get over the uniqueness of this character! I loved him so much.

Ella: She is our Cinderella character, and precisely the type of Cinderella I love most. I’ve always been drawn to Cinderella, because her sweet and quiet strength is a breath of fresh air to this day and age’s “strong female protagonist” a.k.a “reckless and emotionless girls who refuse help from anyone”. Ella in this story had that very sweet and quiet spirit I adore. I just wanted to hug this precious girl.

Prince Colin: I really liked the Prince and wish he had been in the story a bit more. I didn’t feel like we got to know him quite as much as Burndee and Ella. But he was still a great character! His and Burndee’s relationship amused me, as Colin decided to take matters into his own hands and not let Burndee help. They were great!

There was one other character I totally loved, but it may be slight spoilers to mention them? I don’t know. But needless to say, all the character had such personality. The dynamics of each character was a blast! They were all so different from one another, but complimented each other wonderfully. 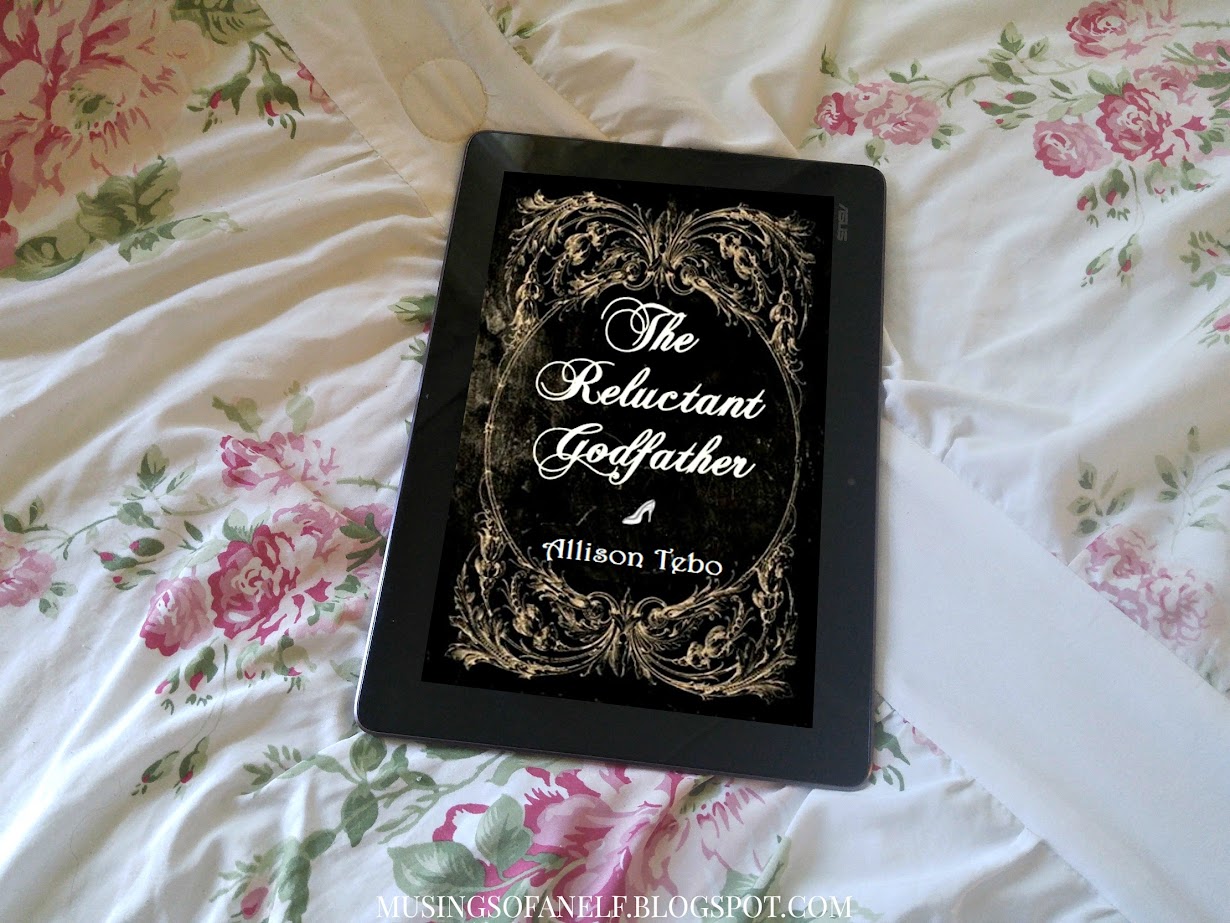 I completely fell in love with Allison Tebo’s writing style. It was witty and smooth, with a touch of a fairytale feel—the perfect style for this story. And the pacing was perfection. I’m extremely picky with pacing, especially with novellas. I’m the type who wants to read a ginormous ten book series over standalones. Short stories usually aren’t my thing. Give me big, epic stories please! But, really, I wouldn’t want this story any longer or shorter. It was the exact length it needed to be. Long enough to really get to know the characters and get a fun story, without cramming it all into a few words. I was in awe at the perfect pacing, since I can be grumpy about that, with novellas in particular. *cough*

And can we just take a minute to appreciate the food in this story???? ALL THE DELECTABLE TREATS. I mentioned Burndee loves to bake, right? BECAUSE HE LOVES TO BAKE. And there are so many sweet treats mentioned. I literally had to get up and get a snack while reading, because it was making me so hungry.

Another thing I absolutely adored was how quotable everything was! When I started reading it, I wanted to save a bunch of quotes because they were so funny, but then I realized…I’d be saving over half the book! Basically every other line was hilarious and quotable. I know I said it before but I have to repeat it: Being inside Burndee’s head was my favorite. I think I was grinning for the entirety of the book.

This story was just a delight all around. Somehow it completely turned the well-known story of Cinderella on its head while still staying true to the original story. It was just…brilliant. Pure brilliance!

Not a single thing. It was a completely fun and clean read. In fact, if I had young children I’d totally be reading it to them. It’s a perfectly fun story for all ages!

If you’re looking for a fun, quick read GET THIS STORY. It was one of the most delightful fairytale retellings I’ve ever read, with sarcasm, wit, hilarity, and tasty treats (because that’s super important). The characters were amazing, and the plot itself was full of fun twists and hilarious mishaps. By the ending I just wanted to squeal and hug the book.

This is officially one of my most favorite Cinderella retellings! 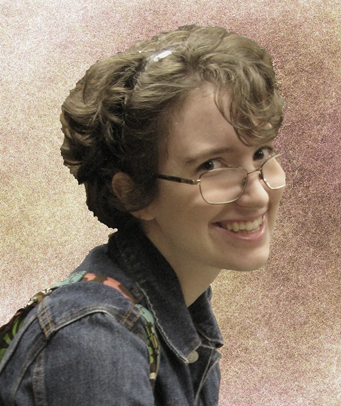 Allison Tebo is a Christian homeschool graduate in her mid-twenties, who works part time as a sales associate for a major transportation company. A graduate of London Art College, Allison pursues avenues in cartooning and illustrating as well as singing and voice acting.

In her spare time she writes and blogs at www.allisonswell.com.

It is her goal to write fiction that appeals to many different kind of people, by writing clean, classic fun.

Her faith in Christ directly influences all she writes about - or does not write about.  Whether the story possesses a strong message or is simply fun and imaginative fiction - her desire is to bring honor to God - and to provide quality stories for everyone to enjoy.

And don’t forget to enter THE GIVEAWAY!!!

So basically…GO ENTER.  (I told you it was an epic giveaway.) All details are on the giveaway page on Allison’s blog.

What do you think, guys? Does this story intrigue you? (It’s seriously the best.) Am I the only one that can never get enough Cinderella retellings? Or retellings period? OH. And just for fun. Would you rather have a fairy godmother or godfather? (And pst, did you enter the giveaway