The Beginning of The End - NaNo, Dragons, and Nostalgia 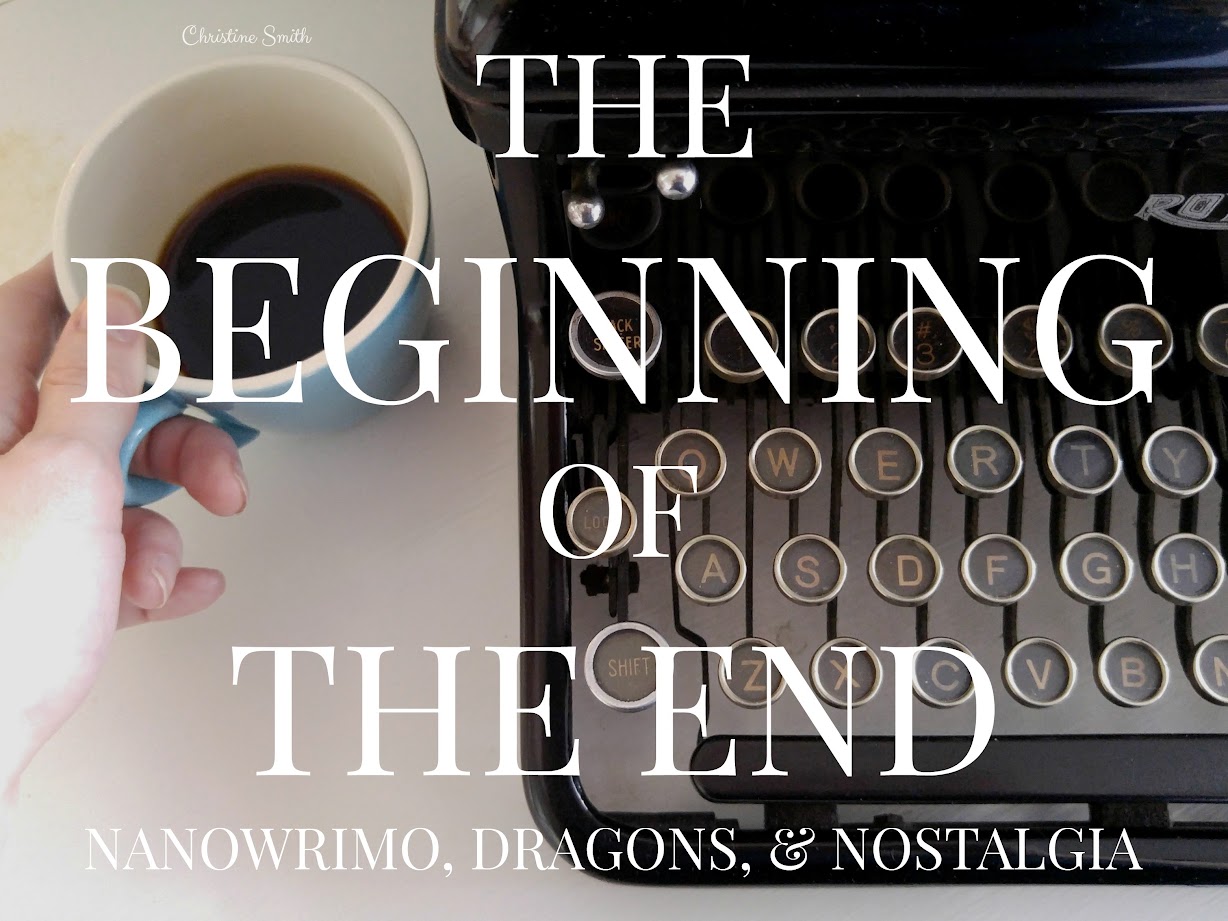 October is heeere!!! The beginning of my favorite season. But while most people are out rolling in the fallen leaves and consuming pumpkin flavored eeeverything, I’m planning on hunkering down in front of my laptop with a cup of coffee (sorry pumpkin lovers, it’s not my thing. Shameful I know!). Why? BECAUSE IT’S MY FAVORITE SEASON. Oh, you thought I was talking about fall? Noooo.

Because the last three months of the year are called: PreNaNober, NaNober, and PostNaNober. Right??? Psh. What else would they be called?

I’m especially stoked about this NaNo. “And what’s so special about this year?” you’re asking. Because I’m sure you’re all just dyyyying to know. (Sh, let my live in my delusions.) Well, let me tell you a story. A story I’m almost positive you’ve all heard at least 57 times by now. BUT YOU’RE GONNA HEAR IT AGAIN. Because I’m feeling nostalgic. (And I also like using my blog as a log for my writing life, so you guys are just going to have to put up with my repeated rambles. Mwahaha.)

Once upon a time, in the far, far year of 2010, Christine took upon a great task. A journey of 50,000 steps words. A grand endeavor known as: NANOWRIMO.

Okay, okay. I’ll spare you guys the dramatic narrative. *grins* SO. Back in 2010, I decided to do my first NaNo. As I was pondering what to write, a found a picture of a white haired elf online, and from there a 7 book, dragon rider series exploded in my head. From that point on, I decided to write each book for each NaNo until I made it to the end of the series. Yep. I had my first 7 NaNos planned. (It’s true. I’m that much of a nerd.)

Every year when NaNo came around, it just meant writing the next book in the Colors of a Dragon Scale series. Though each book followed a different set of characters, so it still felt like something semi-new each year. Just the same world and overall series plot. But different characters and individual plot each book. For me, NaNo is synonymous for Colors of a Dragon Scale (CoaDS) time. Because, after all, I’ve never written anything else for NaNo.

Then came last NaNo (2015). I had made it to the 6th book, which was the “pre-finale” story. I had written everyone’s individual plots in the previous 5 books and gotten them in place. For the 6th one, it was time to continue ALL their stories and get them ready for the big ol’ finale. Finally, a book with alllll meh babies. It was wonderful revisiting everyone. Writing some characters I hadn’t since 2010! But, of course, we weren’t at the finale yet. This was just the setup, per se.

When I first started this series, I never really imagined actually making it to the end. I mean, 7 years is a LONG time. Writing the finale seemed like that faraway time that one dreams about but never really gets to.

Well, here we are in 2016 and I’m getting ready to write
the CoaDS finale.

It feels a little surreal. Which probably sounds absurd. It’s just a story. It’s just NaNo. But to me, they’re so, so much more. 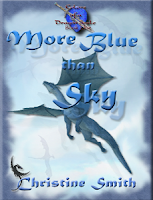 It was when I finished that first CoaDS book, More Blue than Sky, that I knew, without a doubt, what I wanted to do with the rest of my life. Sure, I had been writing since 9. But it was more a hobby I did occasionally. After my first NaNo, it became my entire life. Writing became who I am. That first NaNo book showed me precisely what I wanted, and what I think I’m meant, to do with my life. If it wasn’t for that story, I still may just be a casual writer, still trying to find my place in the world. I wouldn’t even be here blogging! Because I started blogging soon after I finished that first NaNo novel. When I knew I wanted to be a writer. A real, actual, serious WRITER.

More Blue than Sky is one of the messiest, most embarrassing things I’ve ever written. But it’s also probably the most special story to me. It was a springboard to who I am today, and continues to push me to pursue this crazy author thing.

The entire CoaDS series is so very close to my heart. It’s been too fun seeing how my writing has grown with each book. The first three are atrocities. But by the 4th book, More Green than Envy, I was seeing vast improvements. And to this day I think the 5th one, More White than Stars, is one of my best works. Horrifyingly messy, yes! (I mean, the typos that form during NaNo, guys! They’re so laughable. XD) But something clicked between 2013 and 2014, and from there on out I feel like my writing is almost readable. (“Almost” being verrrry strongly emphasized. I still have a looot to learn.)

The CoaDs series and I, we’ve grown together. I started it at 18, the year I graduated highschool, when life took a complete 180 turn and everything was so different. And sometimes downright HARD. This series got me through those first years of adulthood to now. These characters have brought me so many smiles through some challenging and lonely times. The CoaDS world is always there and waiting when November rolls around each year.

I can’t believe this will be my last NaNoWriMo to spend with it.

I think, for the rest of my life, I’ll associate November with CoaDS. And that is perfectly fine with me.

But whew, I took a sappy, nostalgic turn, didn’t I? It’s not even time to say goodbye yet! In fact, it’s a big HELLO for me. Because a massive finale needs to be plotted. Every single one of the many (and I mean MANY *faints*) characters I’ve brought into this series since 2010 are anxiously waiting for me to finally wrap-up their stories. And I cannot wait! I mean, GUYS. This series is about DRAGONS. I just have so much fun with it! 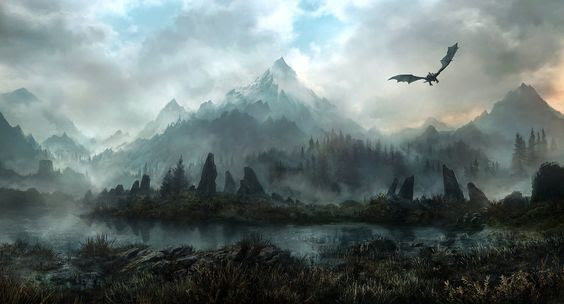 So for all of October, I shall be in plotting mode. Annnd it’s a little overwhelming because I made a MESS for my characters in the last book, and have like 2938498 different plots going on. I have to wrap it all up in one more book? Yep. Gonna be fun! It’s not like it has to be perfect. This series is such an inconsistent mess anyway. Really, all these drafts are just experiments and exploration. As I said, I’ve grown hugely in my writing since starting this series. One day I WILL do complete and utter rewrites and make this series something tangible. But for now I’m just hurling words on the pages and destroying characters’ lives and exploring plot threads and worldbuilding and having way too much fun creating disasters. I won’t have anything to clean up and make tangible if I don’t have the story there in the first place, right?

Once I’ve gotten things fully plotted and fixed up, I’ll talk more about the actual book and title and fun things like that. Probably closer to the end of October. But for now, I’ve got a finale to plot.

NaNoWriMo 2016 is going to be one to remember!

So obviously the big question here is: ARE YOU
DOING NANO??? If so, what are you writing? Have
you done NaNo before? Or do you plan on ever doing it?
COME. Chat with me. NaNo discussions are my favorite!
Posted by Christine Smith at 10:12 AM