In Which I (temporarily) Say Fare Thee Well to Editing 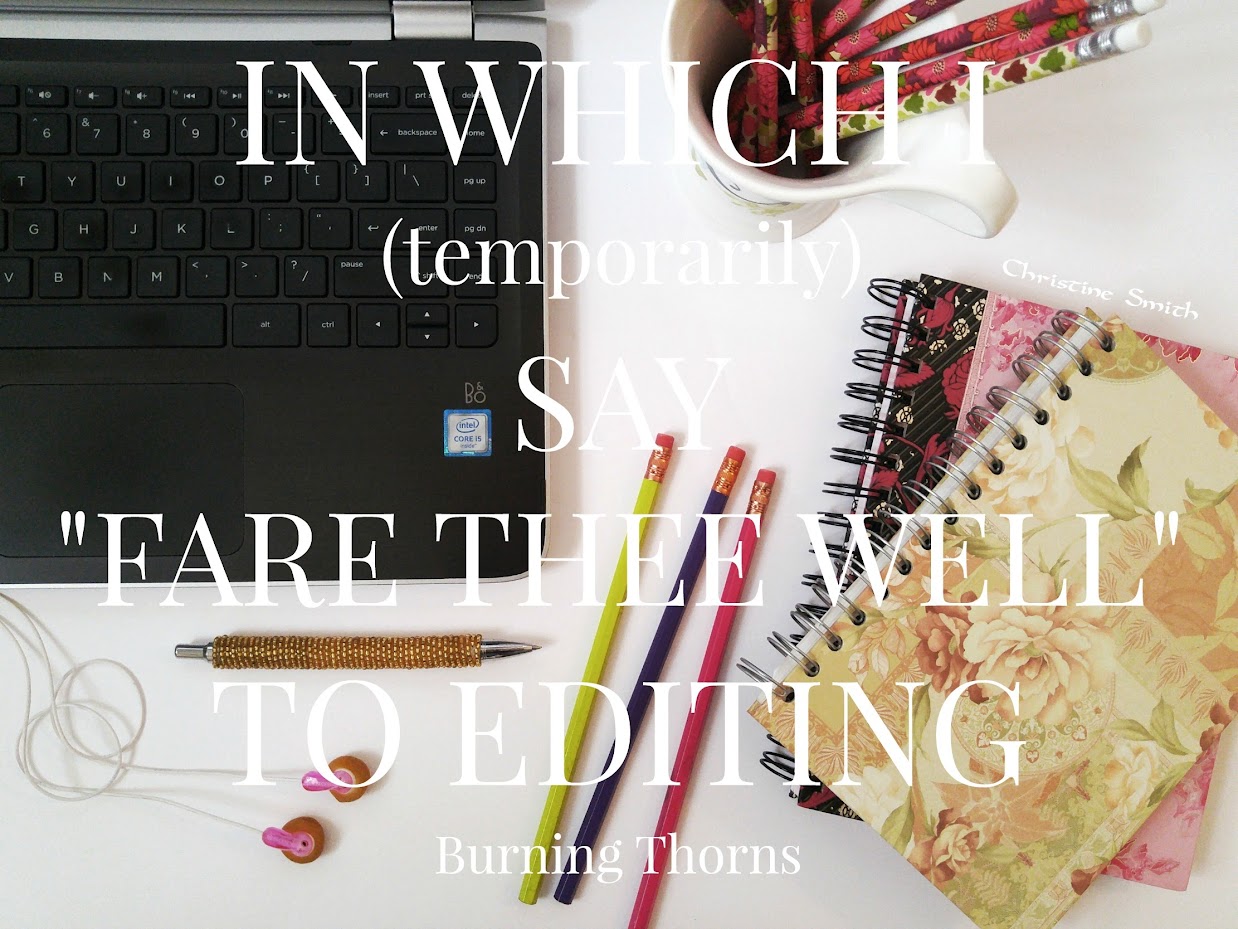 Starting in January, I raised my supply of coffee and delved into *cue dramatic music* EDITING.

*You know this is an accurate response.

Last year I turned my wee 20k word Beauty and the Beast novella, Burning Thorns, into a full out 84k novel. I’ve been meaning to write a Beauty and the Beast retelling since, like, the beginning of time or so. I absolutely adore retellings, I’m a total fairytale nerd, and B&B is my favorite fairytale. Obviously it was going to happen eventually. Honestly, I’m shocked I’ve only just now gotten around to it. #ProcrastinationOnPoint

Well, I loved my story so much, I knew this was the one. This was the one I wanted to pursue publishing with first. I’ve said that about a few different novels, but I’ve finally (FINALLY) gotten serious about this whole writing thing. And since Beauty and the Beast is such a special part of me, what better debut novel than Burning Thorns? (If I can ever get published. Let’s just sit happily in this make-believe world for a minute, okay?)

But, of course, to actually pursue that daunting thing called publishing, one must actually EDIT.

WHAT IS THIS ABSURDITY???

Let it be know, I’ve spent literally my entire life avoiding editing like the plague. The idea of having to DELETE scenes and CHANGE scenes and totally REWRITE scenes and FIX plot holes and add character development and scour through my hundreds and hundreds of typos and actually make my first drafts READABLE has been enough to make me hide in my closet for 2949385945 years or so and stubbornly refuse to actually try editing. Thus I wrote a badrillion first drafts. But any second drafts? Nada. 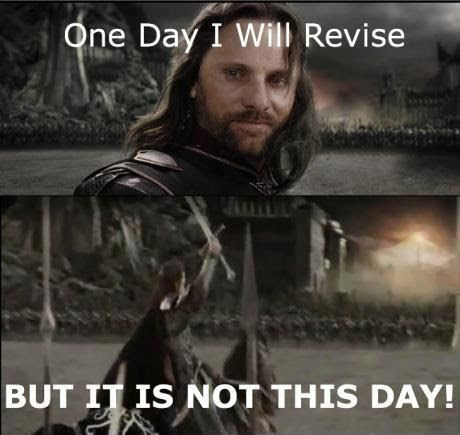 Well, guess what? You can’t be a writer without editing. *LE GASP* Horrid I know. But it’s TRUE. Editing is like 87% of the process or something. And, as I said, I’m finally gettin’ serious about this writing business. So, it was decided. This year I would edit Burning Thorns. Even if it killed me. (Which was a probability, I knew.)

After some mental preparation and gathering the best beta-readers EVER (love you guuuys <333) and some coffee (coffee is an editing necessity), it began.

I decided to send each chapter out to my beta-readers as they were edited. Most of the time I only ever did one chapter a week, so the process was sloooow. But that was okay! I didn’t want to rush it just to “get it done”. I wanted to really edit and edit well. I wanted to actually REWRITE things, and make changes that needed it. The only editing I’ve ever really done is minor things like typo fixes and such. But I wasn’t going to let myself fall into that trap this go round. I was actually going to EDIT and make BT the best it could be. Which meant a slow and steady pace.

And I don’t regret it a bit.

Because I wasn’t doing it all at once, I had more room to give each scene the time it needed. And as I took the time to really shape this story of my heart, I discovered something that to this day still shocks me.

*GASP* Horror of horrors! Can it be??? The girl who ducks and hides under her bed at just the mention of editing actually LIKES IT?

It was fun! Sure, there were some hiccups along the way that gave me a couple of headaches, but overall, I loved the process. That’s right. LOVED. Turns out, editing is almost, sometimes, sorta kinda easier for me than first drafting. Because with first drafts, I have to come up with eeeeverything. Every character, every bit of the world, the entire plot, every chapter, every WORD. Literally everything that exists I have to make up! 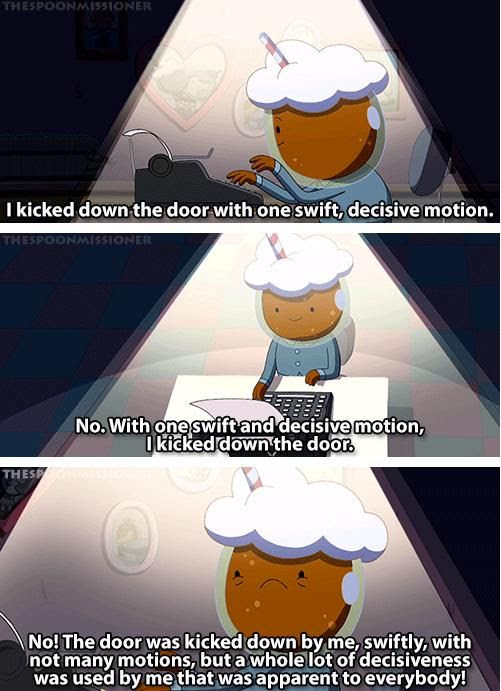 Then there’s editing. With editing, it’s all already created. Instead of straining my creative muscles to make up entire worlds, I’m just using a feather duster to clean up the already existing world. Sometimes I have to take out the big guns, like the pressure washer, to clear out the extra big messes, but I’m not having to create a pressure washer. Instead of building a house, I’m just cleaning my home. And, well, I like cleaning.

It is so satisfying seeing my messy first draft shape up into something readable.

This story has become a part of me, and I didn’t mind one bit revisiting it and wiping up the grime until it shined.

Then there were my beta-readers, who made this whole editing thing 9394829349x more fun!!! Their enthusiasm and helpful comments and encouragement and fangirling pushed me to keep going, and challenged me to do the best I can instead of some mediocre job. They made me realize being a writer does not, and should not, be a lonely job. There is nothing like having a group of fellow writers to lift each other up in this crazy business called writing.

I’ve never had so much fun working on a story than I have while editing Burning Thorns. I laughed and even cried and drank sooo much caffeine.

Then, as of Wednesday, August 10th, I made it to the bottom of the document where it said “The End”.

Okay, before I explode the world with fireworks and ride out on my dragons and conquer the earth, I should probably clarify. I finished the FIRST ROUND OF EDITS. I haven’t even begun to fix all the amazing advice my beta-readers have given me. It’s by NO MEANS perfected yet. That’ll be the second round (and probably fourth and fifth and. . .yeah). But (I hope) from here on out it’ll get easier as I go, now that I’ve fixed some major problems, and triumphed over my fear of editing.

A BREAK. I’ve been slowly but surely editing since JANUARY, and I’m in desperate need of some reprieve. So I’m taking a good writing break for the rest of August and all through September. Then. . .NANOWRIMO PREPPING TIME. Yep, already thinking about that! I know, I know, it’s only August, but November will be here before you knoooow iiiit! (*hears screams in the background*) Yes, you may thank me for reminding you. *smile, smile*

October shall be NaNo prepping month (though I maaay do some minor prepping in September despite claiming I’m taking a break. . .we’ll see). Then of course NaNo itself. December I never write (unless I’m trying to finish up my NaNo novel). I definitely take a break during Christmas holidays. THEN, come January, I shall delve into the second round of Burning Thorns edits and start working on fixing everything my beta-readers pointed out.

So that’s the Christine Writing Plan. (Because I’m sooo official. Obviously. *cough*) For now. We all probably know I’m not good at keeping to plans. *cough, cough* But I’m gonna try!

I hope to very soon actually share HOW I edited. So keep an eye out for that. But for now, I’ll be twirling in circles screaming “I’M FINISHED EDITIIIIING”. Like we do.

TALK WITH ME, FELLOW WRITERS. What are your
feelings on editing? Do you prefer it or first drafting?
(I think I love both, but I could easily write a pros and
cons list for each. Which. . .isn’t a bad idea.)
Share with me your thoughts!

Posted by Christine Smith at 10:43 AM