Yes, I am quite late to the party for this month’s Beautiful People. As in. . .the linkup closes in less than two days. In my defense, I’ve had quite a few exciting things that went on the blog this month. Annnd I’m always late for BP. But I do like to make excuses every now and again. I’m quite good at it.

ANYWHO. I am here now with a BP post and very excited! April did not have BP due to Sky and Cait having lifely stuff going on (don’t worry, girls, I understand!). But it is back this month. Woot, woot!

If you’re like me and put things off to the very last minute (we like living on the edge. . .of deadlines *puts on sunglasses*), you can skiddly doo over to Sky's post or Cait's, grab them questions, and interrogate any one of your characters of your choosing. You know you waaant toooo! (And yes, you must skiddly doo. It’s a requirement.)

For some reason, when I read this month’s lists of questions I automatically knew which character I’d choose. It wasn’t even a question. I don’t know why. Some questions are just meant for certain characters. This month’s list perfectly suited my female protagonist from Burning Thorns, Rose. What’s hilarious is the last time I did a BP for her was last May. Which I didn’t even realize until writing this post. I suppose May just makes me subconsciously think of Rose. It’s very suiting. As the April showers leave and May flowers and warmth arise. Very suiting for my sweet and sunny Rosie girl. (And, ya know, her name is a flower, so there’s that.)

Sheesh, Christine, are you actually going to do BP? Oh yeah. . . 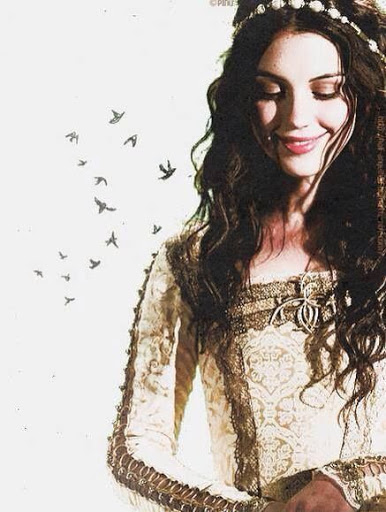 “Is this all yours?” she asked, eyes wide in awe.

He shoved his hands in his pockets. “Yes.”

“I just love roses!” She stepped over to a white one and caressed its petals as if it were a cat. “They were my mother’s favorite flowers. That’s how I got my name.”

The Beast stiffened, didn’t even breathe. “Your name?” he said slowly, cautious.

“Mhm.” She bent down and took a long whiff of the flower. “My name is Rose.”

1. How often do they smile? Would they smile at a stranger?
All. The. Time. Rose’s smile is practically a permanent part of her face. (Until her evil author started her story but YA KNOW.) Rose would absolutely smile at a stranger. She basically smiles at everyone she comes across. You can just glance at her and she’ll offer a kind smile.

2. What is the cruelest thing they’ve ever been told? And what was their reaction?
That she’s worthless. It’s the lie she believes about herself, it sticks deep. Her reaction is dejected acceptance to it.

3. What is the kindest thing they’ve ever been told? And what was their reaction?
Mm. . . That’s a bit spoiler-y. But if you think about my answer to the last question you can probably guess what it is. She reacted with tears of joy and laughing sobs.

4. What is one strong memory that has stuck with your character from childhood? Why is it so powerful and lasting?
There are two events that changed the entire course of her life. One is that her mother died when she was nine. I obviously don’t need to explain why that was powerful and lasting.

The other is the moment her father said she’d inherit everything from him instead of her oldest sister, Anya, even though Rose is the youngest of three girls. She had spent all her life before expecting Anya to take over his occupation, and was both shocked and in awe that her father saw so much potential in her. Her life changed ever since that day, for the good and bad. On the one hand, it made her feel like she did have some worth and brought her closer to her father. On the other hand, it caused her older sisters, Anya and Marigold, to loathe her and make life miserable.

5. What book (a real actual published book!) do you think your character would benefit from reading?
Ooh, what a question! Rose is a reader. She loves nothing more than to escape into an adventurous book. There are so many books she’d love, but benefit from? Perhaps The Chronicles of Narnia. Seeing others endure adventures and hardships, and getting a beautiful portrayal of Jesus’ love through Aslan would give her the hope she needs right now.

6. Have they ever been seriously injured? How severely? How did they react?
Heh. One of the last scenes I edited was her getting badly hurt. *cough* Thorny vines caught her, made her trip and fall, and wrapped all around her. Needless to say, she’s got some pretty nasty cuts.

I suspect she contracted quite a few bumps and bruises and maybe even breaks during childhood. She’s the type who romped through the streets and climbed trees and explored all sorts of places she wasn’t supposed to be. I mean, that’s what childhood is for. Duh.

7. Do they like and get along with their neighbors?
Rose likes basically everybody. She’s a firm believer in seeing the good in people. (Perhaps too much.) In turn, everyone is charmed by her. She gets along with just about everyone. (Her sisters are another story though.)

8. On a scale from 1 to 10 (1 being easy and 10 being difficult) how easy are they to get along with?
Probably 2, maybe even 1. As I said, she gets along with all she comes across. Though certain people claim she’s tiring and annoying and would probably put her around a 7. She is very bouncy and overly talkative. So it really depends on the person.

9. If they could travel anywhere in the world, where would they go?
She lives in a made-up world. One in which needs some serious worldbuilding (#worldbuildingfailure) soooo. . .I’m not sure. I’m gonna cheat (#rulebreaker) and say when in the world. Which would be some 30 or so years back when the Forest, the land of the fae, was in its glory days before a dragon took it over and turned it into a dark place. Rose has always been fascinated by the fae but, unfortunately, lives in an age where such creatures are very dangerous beings.

10. Who was the last person they held hands with?
That would be the Beast. (This is a Beauty and the Beast retelling which I’m pretty sure everyone and their mother knows by now I blabber about it so much.) Or. . .she took his hand into both of hers. I guess that counts? This was before he went into a raging maniac and tried to kill everyone in sight but, ya know, details.

And there we have it! My Rosie girl. What do you think? Have
you joined in on BP this month? You shoooould! And, just for fun,
if YOU could travel anywhere in the world where would you go?

Posted by Christine Smith at 10:40 AM