Here we are, on the last days of the year. Were we not just waving hello to 2015? Scribbling down new goals and anticipating a fresh canvas, full of unknown adventures? Now we’re saying goodbye, laughing at all the goals we failed to keep past the first week of the year, and hoping for better this coming year.

Perhaps I didn’t quite do everything I had hoped to this year, but it’s been an amazing (if not a little wild) ride anyway. I think this year was something like riding in the back of a pickup truck. Where you hope each bump doesn’t send you flying out onto the rocky road, but the exhilaration of the ride and wind makes the uncomfortable bits worth it all the same. 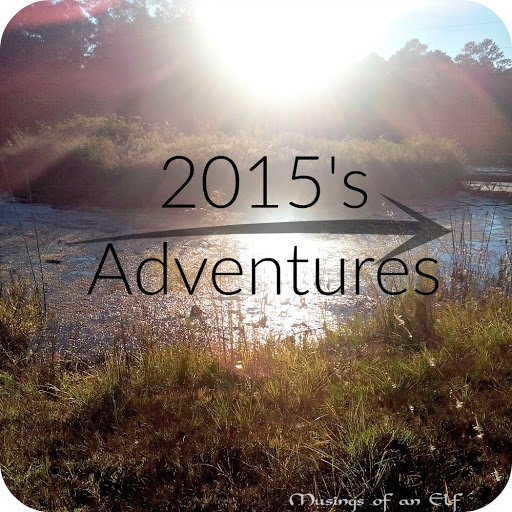 JANUARY: Opened up the new year with some lazy days enjoying the last days of Christmas break, then went into a whirl of a weekend trip out of town immediately followed by another trip to my bestie’s house for a week. Then it was back to life and catching up on the normal things that got forgotten in the midst of the Christmas season and trips. At this point I was planning on rewriting Fallen Matter for my big writing project of the year but. . .plans changed.

FEBRUARY: The first day of February brought on some disappointment but also a strange sense of peace and new, exciting plans. Rooglewood Press announced the winners for their Five Enchanted Roses novella contest and my entry, Burning Thorns, was not amidst the winners. Oddly, I was okay with that. I realized I didn’t want BT to be a little novella. It could be so much more. So Fallen Matter got forgotten when it was clear BT wanted to be a novel. It just felt right. I got to work almost immediately planning out the novel. February was the month of plotting.

MARCH: In the midst of some busyness and fun, I officially started writing the Burning Thorns novel. Due to quite a few events though, not much got written.

APRIL: On the first of April I did something a little crazy. . . I, um, got braces on my teeth. Yeah, I’m in my 20s and am a brace face. And no, it was not an April Fool’s joke. They’re for real and look rather ridiculous. But it was something I’ve wanted to do for a long time and the orthodontist said I could really use them, so I thought, “Hey, two years of braces for a lifetime of healthy teeth? I could do that.” (I hate them, but I’m gritting my teeth and dealing with it. See what I did there?)
April brought in Easter which I always love! We still dye Easter eggs even though we’re basically a houseful of adults.
I did some more writing on Burning Thorns throughout the month, but not nearly as much as I should have. I couldn’t seem to quite get back into that writing groove.
Near the end of the month, we had a huge scare when one of my dearest friends was unexpectedly hospitalized with some serious health issues. She has always been one of the healthiest people I know, so it was a shock. Thankfully, she pulled through and is fine now. I cannot be more grateful to God for taking care of her.

MAY: The warm days of May spurred on a good deal of watching ABCs Once Upon a Time, reading, and general laziness. I was writing, but still just bits here and there. It was progress, but not much.
Avengers 2: Age of Ultron came out and a good friend and I went to see it. Obviously squealing ensued.
Much of the last bit of the month was spent getting my grandmother moved and settled from one apartment to another.
By the month’s end, I realized I wasn’t going to get much written unless I had something pushing me to it. So I had a plan. . .

JUNE: On June 1st I started a 30k goal for the month, my own little Camp NaNoWriMo. A few others I knew were also doing a Camp NaNo during June so it was the perfect time to really get those words in. Needless to say, much writing was spent in the month of June. (And there may also have been more Once Upon a Time marathoning between writing.)
Halfway through the month, I learned one of my friends was pregnant with her and her husband’s second child. Such joyful news!
Some family I had only ever met once before visited during the month and we had too much fun seeing them.
By the end of the month, I had a whole new 30k words on Burning Thorns and well on my way to the ending.

JULY: July exploded into a whirlwind of busyness. My main goal was to finish BT and catch up on the many, many things I had abandoned for writing in June. Instead my grandmother had surgery and came to our house to recover while I spent much time at her apartment dogsitting and keeping things in order there. Things quieted by the last half of the month and, on July 31st, I wrote “The End” to the first draft of the Burning Thorns novel.

AUGUST: With BT finished, I finally had more time for other things. I pored myself into catching up on emails and things the first couple weeks of August. By the second half of August, I was blissfully free and spent much time reading and watching Doctor Who, as one does. By the end of the month, I realized I rather missed writing and tried my hand at my first piece of flash fiction. I’ve been meaning to try more, it seems rather addicting.

SEPTEMBER: Since I had finished BT, I had no intentions of doing anything writerly until October when NaNoWriMo plotting began. As a result, September was spent with the family, fun romps through town, meeting with friends a time or two, and just general living. Then, on September 30th, I got a call from the owner of my favorite secondhand bookstore. Next thing I knew, I was going to my first job interview.

OCTOBER: On October 5th, I got another call and officially had my first job. (Let’s just say there was much squealing and jumping up and down.) My excitement dampened a little when I had my first car accident. Nothing major, just a blown out tire. Still, it was a little unnerving, especially since I started my new job the very next day. Not exactly what I wanted to happen before beginning a new job. But God took care of me and I made it to my first day of work on October 9th and had the best time. From there I was whisked into work and plotting More Black than Night for NaNoWriMo. I discovered working in your favorite bookstore is the best thing in the world (and getting a paycheck ain’t bad either). NaNo planning was rather slow and being stubborn, but by the end of the month I had a full outline and was ready for the insanity that is NaNo. I just. . .didn’t know how much insanity.

NOVEMBER: The first week of NaNo started out great and I was feeling optimistic. Then life exploded and, honestly, I think I’m still recovering from that second week of NaNo. Between work, sleeping away from home, health problems in the family, and trying to keep up with my wordcount, I was kind of ready to collapse. Things got 100x better in the third week and I fell back in love with my NaNo. On November 23rd, I shockingly fully finished More Black than Night at 76,700 words, my shortest novel to date.
The rest of the month was spent rejuvenating, nearly exploding from too much food on Thanksgiving, etc. etc. Went to see The Hunger Games: Mockingjay Part 2 and cried my eyes out. Ya know, things.

DECEMBER: Suddenly it was December! Which meant CHRISTMAS and fun December things! The month started out great when on the 1st my new laptop I had ordered came in. Yep, Larry, my first and only laptop I’ve had for over 8 years, was ready to retire. Now I have Lois, a small laptop that has a touchscreen and whose screen flips over and is shiiiiny. I loveth her! (What? You don’t name and love your laptops? Well, why not?)
The rest of the months was spent decorating for Christmas, falling in love with my job at the bookstore more and more, and general busyness. My plan for December was to watch movies and read for most of the month, instead I’ve spent it barely home. But that’s okay. I enjoy busy days, too. (Lets just not talk about how little I’ve read this year, okay? It’s embarrassing.) There has been a Christmas family gathering, much Christmas shopping, having a fantastic Christmas, all the Christmas things. And now. . .now saying goodbye to 2015.

Whew! It’s been an interesting year for sure. Getting braces, having car trouble, spontaneously landing my first job, the craziest NaNo of my life, writing two full novels—it’s been something! There were definitely things I wanted to do that didn’t get done (and things I didn’t that did. . .), but, overall, I’d say 2015 has been a wonderful year.

If you read all that nonsense, you deserve a cookie (or 12)! This probably bored you to tears. This post was more for me, a log if you will, to remember this year by. Of course, this only scratched the surface. Life really isn’t about the highlights, but those in between moments that can’t be put into words, but are so important. Some have been good, some have been pretty awful, but it’s my life and I’m so grateful to God for blessing me with it.

What about you? What was some of your biggest 2015 highlights? Do tell! How was your year in general? I hope you had a beautiful one and the next will be even better. I’ll see you all in 2016!!

Posted by Christine Smith at 7:22 PM