Flash Fiction - Into the Rift

Confession: I never write flash fiction. I basically never venture out and write anything but whatever current novel I’m working on at the time. I always feel guilty writing something else when I already have a novel that needs my attention, so I. . .never do. BUT right now, since I finished Burning Thorns, I don’t actually have a current writing project going. I’m free. So I did the unthinkable. I wrote a flash fiction piece. Bum bum BUMMM.

My Pack (my online writing group of fabulous girls) has this thing called “Writer Dares” where we post random writing prompt pictures and write little flash fiction pieces should one of the prompts inspire us. Except I never write any. (See above paragraph.) But a picture was posted a couple days ago that was too intriguing to pass up, and I want to keep my writing muscles strong even though I’m on break, so I spontaneously sat down and started writing. The result was something far different than I’ve ever written, but I think that’s what made it fun. Now I see the appeal of this whole flash fiction business. I had a BLAST writing this thing. It’s bizarre and probably makes no sense, but it was fun nonetheless, so I thought I’d share it.

I do hope you enjoy! 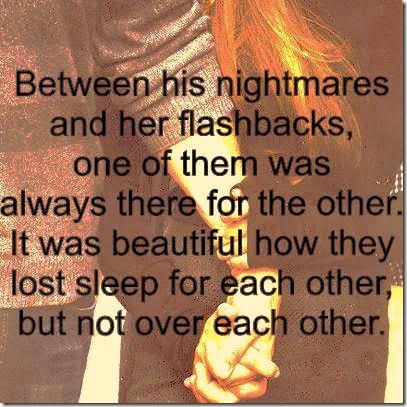 The prompt pic that inspired the whole thing.

She was stuck, and it was his fault. He knew, he knew and he did it anyway…

Time was not to be tampered with.

That was the number one rule in the Organization, ingrained in each student's brain—taught, spoken, written, again and again and again to the point that they mumbled it in their sleep.

Do not tamper with time.

But how could he keep her in that horrible future?

How could he leave the girl with auburn hair?

The girl he fell in love with.

Trying to ignore the tremors in his deep breaths, Lucas gripped the cursed copper watch in one hand and with the other thrust the syringe's needle in the crook of his arm. There was no time to try to fall asleep, he had to use something to knock him out instantly.

Because the girl he loved could only be found in his nightmares.

As consciousness slipped away, hot energy vibrated from the watch. The mildewed walls of the abandoned subway snapped away like a light switching off and then he was there once again, standing in the midst of crumbling, burning buildings and cracked streets. By now he knew every scream, every buzz of the drones circling above, with OTT painted in white on their wings and their weapons pointed at her.

She stood in the middle of the chaotic street, facing her coming death bravely. Bravely, just as she faced the corrupt rulers of this wretched future and dared defy them.

Lucas watched himself rush by, straight for her, twisting the dials on the watch as he ran. Just as he grabbed hold of her arm, the current Lucas, the real Lucas, looked away. He had relived this nightmare too many times. Even with his eyes shut tight he still heard her scream, and the flash of blue light pierced through his eyelids.

He had tried to take her to the past, to his present, away from this future she lived in.

Do not tamper with time.

Taking someone, especially someone as important as her, away from their timeline would alter all of time. So the cursed watch tried to fix his mistake and froze her, imprisoned her in the Rift, the place in between time. She was stuck there, and even after half a dozen times trying to get her out he was no closer than when he started.

But he wouldn't stop trying.

Forcing his eyes back open, he darted for the blinding blue light encompassing her and his past self. The only way into the Rift was to revisit his past through his dreams, or nightmares. The watch read his conscious and, as long as he put himself in the exact spot she entered the Rift, it would transport him there. At least until the watch drained of energy.

He gritted his teeth as searing pain tore into his whole body, pulled him away from time and into the in between. She had felt this pain, she experienced this burning, ripping sensation. He had tried to save her and instead caused her agony.

Hands caught him before his legs gave way, and when he met her golden-brown eyes the pain ebbed.

"I told you not to come again," she said, her brow etched in worry.

"You're killing yourself! Your body can't take many more trips like this."

"Raina." He gently moved a stray strand of that bright auburn hair out of her face, calming her.

They still stood on the cracked streets, but all was silent. Time hung suspended around them. The people who had before scattered to get away from the attacking drones were now frozen in place, their mouths still opened in silenced screams. Walls collapsing from the fire had stopped midair. The threatening buzz of the drones had quieted. And yet even in the stillness the world quivered. Blurred around them, like looking through a windshield in a rainstorm.

Such was the Rift.

Lucas studied this unnerving world. Though almost identical to his memory, his nightmare, a few small details were different. Such as the man to his left holding the little girl with her face buried in his shoulder. And in his memory the building just in front of him was half collapsed, but here it stood almost whole.

None of this was surprising. After all, everyone's memories were different. And he no longer stood in his own memory, but hers. He had entered Raina's world, and somehow he was going to get her out.

He set the watch again for the far future and snagged her hand. He had tried so many different combinations in the past, maybe the future would work instead. It didn't matter where they ended up, as long as they were together and she was safe.

"Never." He squeezed the watch and the world flashed around him. More pain, more screams, then darkness.

His eyes adjusted to the dim light and he found himself in an all too familiar dank subway. Alone. He hissed and slammed a fist into the wall. The watch wasn't powerful enough to transport anyone from the Rift. Not away from their own timeline. And so each time it sent him back to his last location. In the abandoned subway he now called home as he hid from the Organization.

He broke the number one rule, and if they found him he would pay.

When he applied for the Organization of Time Traveler's school two years ago, he had no idea he was stepping into a world of corrupt, power hungry maniacs.

The watch had to recharge, and each time he had to wait those two hours was pure agony. The minute the blue light indicating full power blinked on, he snatched up the watch, shoved the needle in his arm, and returned to his nightmare. He embraced the blue light and was with her in the still, blurry world once again.

Without even looking at her, he began adjusting the watch to a new time, but his fingers trembled violently over the dials and white spots obscured his vision.

"You're dying." Her voice was so quiet, so defeated. She slid her hand to his and hovered a finger over the watch clutched in his palm. "It wasn't meant to be used like this. Your body can't handle coming here over and over again."

"I'm not going to leave you. Don't you see, Raina, you won't even age. There is no time here. You'll be imprisoned in this place of nothing for eternity."

He swallowed the dry lump in his throat. "I…I can't."

"It's the only way. Everything will go back to normal. Both our timelines will be sorted, you won't even be on the run anymore."

"But you'll die." He could not mask the crack in his voice.

"Lucas." She pressed a hand against his cheek and smiled through her tears. "Before you came, I was so lonely, lost in the hate of the world. You showed me what it is to be loved. Now it's my turn to show you."

Before he could stop her, she snatched the watch out of his hand and backed away.

"Raina, no!" He dove for her but it was too late, the watch was already doing what it so desired to do. Her fading body glowed with blue light. "No, you can't. You can't! You'll die. Those drones will kill you!"

Wind stirred around her and whipped up her auburn hair, and her body became more and more transparent. And yet she smiled. A wide, gleaming smile that had captured his heart from the beginning.

"Even a time traveler can't predict the future," she said. "But you can change it. Never forget that." Her last words came in a whisper. "I love you, Lucas."

Then his world exploded into excruciating light.

Lucas snapped up with a gasping breath. His eyes swiveled from left to right, but there was no deadly drones, no collapsing buildings, dark subways.

Instead he sat in a bed in a stark white room.

Snatching up the tablet at the bedside table, he checked the time and date.

But it hadn't happened yet.

He once more took in the white room. His room, at the Organization.

Everything was back to normal, before he tampered with time.

But he still remembered. His fingers balled into a fist. He remembered and he would never forget.

Throwing off the covers, he jumped out of bed, slipped his shoes on, and headed for the door. A bright yellow sign to the right of his door halted his steps.

DO NOT TAMPER WITH TIME.

He read the white words, the number one rule. And then he ripped the whole sign down and dumped it to the floor.

Because every single person ever born tampered with time. That's what people did. They changed the world, they changed the future. He could tamper with time without using a time traveling watch. Instead he could use his current life to make a difference, like Raina did.

He could strive to stop the corruptness of this organization.

After all, those drones with their guns pointed at her had been sent by the Organization of Time Travelers. The future version of the Organization he stood in now. The one that would eventually use their power of time to take control of the world and murder the girl he loved.

But not if he could help it. He'd stop them now and make the future a better place.

A place the auburn haired girl could live in.

He couldn't predict the future, but he could change it.

Posted by Christine Smith at 11:27 AM