Hello, peoples! We are halfway through August (wait, WHAT??? Shouldn’t it still be January or something?) which means the newest edition of Beautiful People has been up and going for a couple weeks and I’m just now getting to it. Per the norm. I do like to be fashionably late after all. *flips hair* (Okay, I’m really the one rushing around like a mad octopus because I’m already half an hour late to where I need to be and haven’t even left the house yet. Ahem.)

This month’s BP is a little different. In honor of National Friendship Day (August 2nd) all the questions are centered on friendships! So much of fiction focuses on conflict and romance, but I adore me a fun, strong friendship in books. Because, really, sometimes our protagonists need a good friend to tell them they’re being dumb, am I right? Friendships are the best! So if you haven’t joined in yet you can take a hop, skip, and a jump (or just a click, whatever) to Sky's Blog or Cait's, snag the questions, and link up! 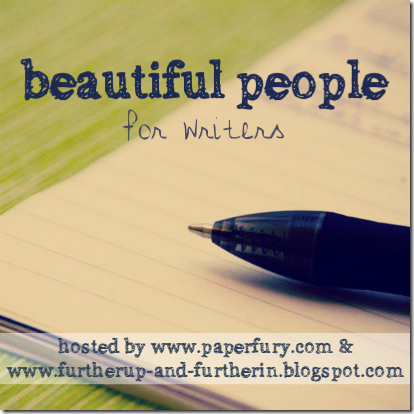 When I first saw this month was focused on friends I ran my mind through all my stories and the different relationships. Some interesting considerations popped up, but I ultimately decided on probably the strangest friendship I’ve ever written. Which obviously means it’s my favorite.

Does anyone remember Iavin and Cael from my NaNoWriMo novel last November? (You can learn a bit about them HERE if you’d like.) Iavin was my super awkward, shy, adorkable protagonist and Cael was. . .well. . .the antagonist basically. So to call them friends might seem a bit strange since Iavin did spend the majority of the book thinking he hated Cael, and Cael spent all that time making quite a lot of disasters for Iavin. But his heart was in the right place. . . Okay, not really, but he sorta thought it was. Cael is one of those charismatic types that gets along with everyone even as he’s imprisoning them and destroying all their plans. He’s polite like that.

Their “friendship” was one of my favorite relationships I’ve ever written as they battled with wanting to be friends while having veeeerrrryyyy different goals. I didn’t even realize until writing that they would end up being friends, despite also being enemies. It was strange, and I loved it. So I couldn’t help but choose them for these questions. Not to mention I’ll be seeing them again for this next NaNo as I continue the series, so we’ll call this early NaNo research. *grins* 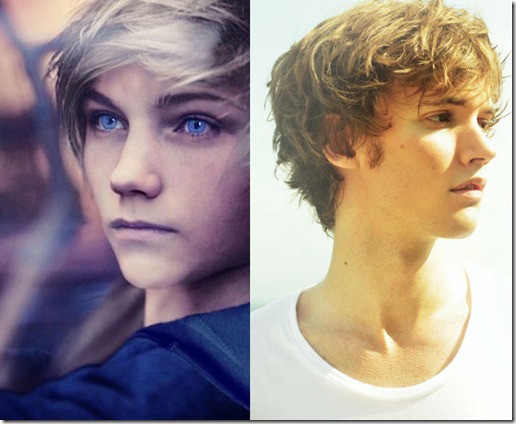 Iavin followed him down the wide hall and examined the drink in his hand. The frothy, dark texture didn't look like anything he knew the name of. He gave it a sniff and immediately jerked his head back. The overwhelmingly spicy scent brought tears to his eyes.
"Are you sure this stuff is safe to drink?"
"Of course," Cael said, leading Iavin down a broad set of stairs. "You're going to like it, trust me."
Iavin trusted him as far as he could throw him, and judging by his attempts at throwing the chair the day before, that wasn't very far. But he was thirsty, and since Sayleth didn't seem alarmed by the drinks they probably weren't meant for harm.
Bracing himself, he inched the rim of the cup up to his lips and took a tiny sip. "Agh!" The cup as well as himself nearly hurled right down the stairway. He jerked to a halt and pounded his fist into his chest, pretty sure his heart combusted into flames. The drink burned all the way down to his stomach. He clawed at his clothes, sweat dampening every inch of him.
"Oh, I probably should have mentioned the first swallow is pretty powerful," Cael said, skipping over the last step to the ground floor.
"Powerful?" Iavin gasped. He stretched his collar away from his flaming throat. "I think I'm dying."
Cael waved him off with a flick of his wrist. "You're fine. The first sip of rioric always feels that way. But afterward it'll provide a pleasant warmth."
Iavin, still trapped in the middle of the stairway, reached the offending stuff far away from his smoldering body. "I'm not drinking this ever again."
Cael shrugged. "If you want to freeze that's none of my concern."
"I'd rather not burst into flames either." The worst of it seemed to have faded but he still took cautious steps down the remaining stairs.

1. How long have they known each other, and how close are they?
They met during the story, so only a few months really. How close are they? I’m literally laughing right now. I have no idea how to answer this questions. XD Um. . . Well, Cael ended up saving Iavin’s life on multiple occasions and revealing a lot about himself. And Iavin goes back and forth from wanting nothing to do with Cael to wanting to help him, so. *shrugs* It’s, um, an interesting friendship.

2. What’s their earliest memory of being best friends?
Like I said, they only just met in the novel. Iavin’s first exposure to Cael was Cael bursting into a battle with his ice bird and bringing the fight to a halt. Because he’s dramatic like that.

3. Do they fight? How long do they typically fight for?
HAHAHAHAHA!!!! Let me tell you a thing. Iavin is an extremely pacifist person. He’s melancholy, he’s quiet. But angry? That’s not something he experiences a lot.

Iavin never knew true anger until he met Cael. Let’s just say Iavin has many unfriendly things to say to Cael throughout the book. Also one time Iavin got so mad he tried to throw a chair, but, well, he’s small so it didn’t go very far. . .

4. Are their personalities similar or do they compliment each other?
These questions. XD
Okay, actually, I think their personalities are what caused their unlikely (to put it lightly) friendship. Iavin is the weak type without many ambitions, while Cael is confident and makes things happen. Iavin feels worthless, inept at everything. Because of this, Cael kind of took him under his wing and ended up mothering him a bit. And no, I’m not kidding.

Cael patted his shoulder, eyes gleaming bright in the darkness. "Mhm. I know exactly what you meant. Come on now," he stood and grabbed Iavin's arm, "you really should be sleeping."
"But—"
"We've got another full day of traveling tomorrow. You need your sleep." Cael pulled him to a stand, dragged him back to Nemayn, and practically tucked him to bed, carefully making sure Iavin's cloaks covered him sufficiently. "You sleep well now."
Iavin watched the boy walk off, not entirely sure what just happened but far too sleepy and cold to figure it out.

Yeah, Cael tucked Iavin in. When I realized my antagonist was mothering my protagonist I became extremely confused. Strange things happen during NaNoWriMo, strange things.

5. Who is the leader of their friendship (if anyone)?
You could probably guess by now. Iavin is NOT the leader type. He follows everyone. He can hardly keep one foot in front of the other, being a leader is not his thing. Cael on the other hand. . . Well, being King of the Universe is probably on his bucket list should he have one. Iavin gets dragged around by Cael on ridiculous ventures quite a lot.

6. Do have any secrets from each other?
Cael is basically a sack full of secrets that could change the history of their world. At first Iavin had no clue who the strange boy with white hair was. But Cael eventually spilled his secrets. Ya know, right before he imprisoned Iavin. He’s nothing if not polite.
As for Iavin. Iavin is Iavin. He’s a simple boy and everyone knows who he is. There’s nothing mysterious or dangerous about him.

7. How well do they know each other’s quirks and habits?
Cael picked up on Iavin’s insecurity almost immediately, and did his best to put Iavin at ease. I think that’s what makes their friendship work. Cael does not judge Iavin for being shy or clumsy. He’s perfectly fine with Iavin’s awkwardness, even likes it I think. He’s good about keeping up mostly one-sided conversations and making Iavin laugh and just in general being laidback and accepting Iavin. Iavin isn’t used to such treatment. He has very high class parents and has spent his life being tortured by snobby people who turn their noses up at him. He’s made fun of for his small stature and introverted ways. But Cael accepts him for who he is. Or treats him like his cute puppy, but ya know. And that went way off on a tangent that has nothing to do with the question really. Whoops!

Anyways. For Iavin it took him quite a while to make any sense of Cael’s flamboyant and carefree (and often manipulative) ways.

8. What kind of things do they like to do together?
Well, there was that one time Iavin stopped Cael from destroying and taking over his homeland. That was good fun.
And they like to eat together because food makes everybody get along.

9. Describe each character’s fashion style (use pictures if you’d like!) How are their styles different/similar?
Iavin is definitely not much for fashion. Plain tunics and trousers and comfortable shoes are preferable. Of course his mother has other ideas for him. . .

He tried standing in the corner as inconspicuously as possible. Being inconspicuous was kind of hard though when one was wearing a bright blue suit with gold seams that seemed to glow at every tiny exposure of light.

While Cael would be perfectly comfortable in a gaudy blue suit. He does like to be showy.

10. How would their lives be different without each other?
Now that’s a question.

Cael would be off continuing his plans of “improving” the world, and by improving I mean taking it over and enslaving half the inhabitants. But ya know, details.
Iavin. . .well. I think in his own strange way Cael gave Iavin some confidence. I mean, after Cael forced Iavin through frozen wastelands to griffin infested caves down to dank dungeons with danger around every corner, he’s bound to gain some confidence somewhere amidst all that.

They both have a long way to go, but I think their friendship, as shaky (and ridiculous) as it is, pushed each of them to be better people. And now I’m really looking forward to November when I can continue their story! They’re honestly one of my favorite, if not THE favorite, character duos I’ve ever written. Gotta love those unlikely friendships.

Posted by Christine Smith at 10:17 PM