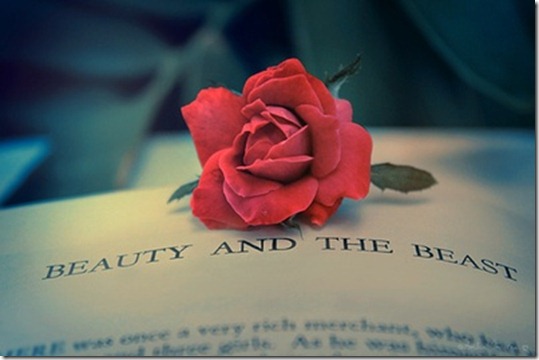 On July 13th of last year (2014), I started a Beauty and the Beast novella called Tossing Roses with the intention of entering it in Rooglewood Press's Fairytale Contest. Halfway through writing I retitled it Burning Thorns, deciding it fit better with the theme. Two months after starting it I finished the 20k novella, later jumped into editing, shared it with my critique partners, edited some more, did NaNoWriMo somewhere in between there, yet more editing, and then in December sent it off for the contest.

On February 1st I learned Burning Thorns was not one of the winners for the Five Enchanted Roses Collection. Obviously there was a little disappointment there. I think that’s natural. But the strange thing was, I also felt a peace. I felt this strong urging to take my little 20k novel and expand it into a full length novel. Maybe that’s what it was supposed to be after all.

Originally I had planned to rewrite another novel this year, but I couldn’t get Burning Thorns out of my head. And so just two days after discovering Burning Thorns wasn’t chosen for the collection, I started an outline, an outline to expand it into a novel. In March I started writing.

It was a strange experience turning a little story into a full length novel. New characters appeared, subplots were discovered, backstories came to life. I realized the novella had just scratched the surface. The novel was where the REAL story was. The story I thought I knew rather well suddenly became so much bigger and deeper and more alive than I had ever imagined. 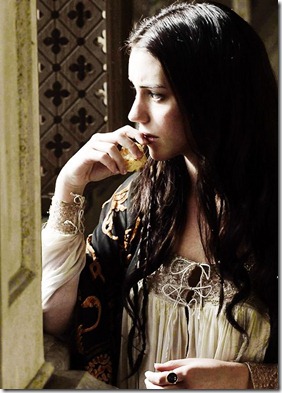 Writing was a pleasure, a delight. With the novella, I snatched a moment with the characters, a little vacation; in the novel I got to LIVE with them. I grew to love them so much, they tugged tears out of me, and it’s an extremely rare occurrence that I cry with my own writing. But it happened. I became so attached I actually had to fight back tears on multiple occasions.

Writing was going great and at a fairly good pace, but I decided I wanted to move it along a little faster. I write (and do anything really) a thousand times better when I have a goal, so in June I set a 30k goal for myself. It was a bit of a struggle, but it pushed Burning Thorns from not even being halfway yet to having an ending in sight. With that realization I kept on pushing forward throughout July.

As the month went on, and life reared its head and laughed at my silly goals, I feared I wouldn’t finish the story by the end of July like I hoped. July exploded into a frantic mess of busyness. It tried its best to pull me away from Burning Thorns, but I kept holding on, even if by my fingernails.

The ending of the story was getting nearer and nearer, but so was the month. Finally, by the last week of July I realized it was silly to stress myself out over finishing the story. So what if I finish it at the beginning of August and not the end of July? Did just a few days really matter? My OCD side said yes, but I chose to ignore it (for once) and let my common sense actually show its face (again, for once). I’d just enjoy writing the ending (because, ya know, I do love writing endings) and forget about silly goals. The ending would come when it came.

Then Wednesday happened. I had 3 more chapters to write and only 3 days left of July. It’s a very rare occurrence (unless NaNoWriMo is involved) that I write a whole chapter in a day. So writing a whole chapter 3 days in a row? So wasn’t happening. But as I started writing Wednesday, it went super smoothly, and was superbly fun. And then I realized I had written a whole chapter in one day.

Then Thursday came and it happened again. A whole chapter in a single day.

So there we were, Friday, July 31st. Last day of July, one chapter left. And I realized with an excited tingle. . . I can do this. I seemed to have forgotten once more that endings always move along so, so much faster than any other part of writing for me.

I sat down that Friday afternoon, wrote “Chapter 35” at the top of a new page of my Burning Thorns document, and started writing. By around 7 that evening, with fingers literally shaking from the thrill of it all, I typed two of the most satisfying words in the world: The End.

I sat there for a minute, staring at the “The End” I just typed on the page, stunned. There’s always something so surreal about finishing writing a novel. Maybe it’s just me, maybe I’m just an overemotional little elf. But spending days, weeks, months, hours upon hours upon hours pouring your heart and soul into words on a page and then realizing you finished the first step—wow. It’s a magical feeling!

I think I’m still a little stunned it’s finished. Probably because I spent so much time these last couple of months with it. Practically every free second I had was spent writing in it, and the not so free seconds thinking about it. I get so terribly attached to my characters. Spending all that time with them and then suddenly not takes a bit to adjust. They’re still running around in my head, giving me the illusion I need to rush over and continue their book. Since my brain has been so adamant in writing as much as possible, I can’t seem to process the fact that I DON’T have to write.

Perhaps my brain can’t adjust to the change because, really, this story has stuck deep inside my for a year now. In a year's time the novella was written, edited, sent off, read by a contest judge (O_O I try not to think about that scary thought), sparked an idea for a full novel, and now IS a full novel. Um, how did that even HAPPEN??? It was originally just going to be a little story I write for a contest and that be that. And here I am, a year later, with a fully finished, nearly 84k word first draft in my lap.

I don’t even know how to process this.

But still, am I happy about finishing? Ummm. . .

YES I AM ABOUT TO EXPLODE WITH EXCITEMENT. JUST LET ME SQUEAL A MOMENT.

So what now? Yeeeah, I have news about that. Remember how I was all planning to join in on Rooglewood Press’s next contest, the Sleeping Beauty one? I had the beginnings of a rather fun idea and everything. Wellll. . .I’m thinking I won’t be entering this year.

See, my secret hope was that I’d finish Burning Thorns in June, take a writing break in July, and start my Sleeping Beauty Novella in August. Obviously that didn’t happen. Okay, so I’ll finish BT by mid-July, have a slightly shorter break, and then write the novella. Again, plan failed. BT just kept taking longer than I thought it would. And, well, I’m pretty burned out on the writing front. I don’t think I have another writing project in me right now. 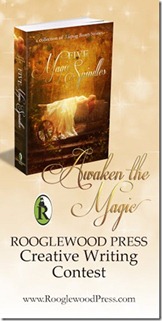 The problem is, I’d have to start very soon because it’d probably take me about a month or more to write a 20k novella. Then I’d have to edit it and get it all polished perfectly for the contest before December. Which wouldn’t be a big deal except we have to add NaNoWriMo into the equation. This year’s NaNo is going to take a LOT of plotting, and I always use all of October for NaNo plotting, and then of course November is write-my-novel-and-do-nothing-else-like-a-crazy-person month. And in December I need a BREAK. So. Basically I’d have August and September to write, edit, and polish a 20k novella that I don’t even have plotted or anything if I’m going to join in on the contest. After spending SO much time on Burning Thorns, I really just don’t think I can do it. Writing is life, but sometimes even us crazy writer people need a break from it. So, as of now, I’m not planning on joining in the Sleeping Beauty contest. It’s rather sad, but for my own mental state of health I think it’s necessary.

I’ve ignored a lot of things in favor of writing lately. I literally almost want to cry when I look at my inbox. It’s just not even funny how much stuff I’ve put off that really, really needs tending to. (And have I mentioned I haven’t really read anything in like two months? O_O Yeah, I think I’m going insane from book dehydration.) My big plans of trying to catch up on EVERYTHING in July crumbled into me trying to keep up with life with one hand and type in BT with the other, while everything else fell by the wayside.

All that to say, I’m going to be spending the next couple weeks or so actually catching up with emails, friends’ stories I need to critique, and hopefully fit in quite a bit of reading in there, plus, ya know, that life thing. And then, hopefully, RELAX and be gloriously lazy. (Notice the emphasis on “hopefully” because we all know how life is.)

(And who knows, I might squeeze in writing a Sleeping Beauty novella in the midst of all that. Okay, okay. Mostly kidding! But with me you honestly never know. I didn’t mean to write a Burning Thorns novel any time soon and here we are. So. *shrugs*)

Then October I’ll be thrust back in the writing life and start planning for NaNo. (Can we talk about how close it’s starting to feel already? How is NaNo so CLOSE??? Actually, let’s not talk about it. It’s terrifying.) After NaNo, another break, and then in January I’ll be opening the Burning Thorns document once more and jump into. . . *shifty eyes* REWRITING. *cue thunder and lightning* Scary, I know. But that’s the plan. Watch it crack and shatter, but for now I’m sticking to it.

That’s quite enough talk from me. I want to hear about you! Did you do CampNaNo (I guess I accidentally did two mini ones in June and July but not officially)? How’d it go? If not, what have you been up to in July? Annnd what’s your plans for August? (Except I’m pretending it’s not August because HOW IS IT ALREADY AUGUST???)

Posted by Christine Smith at 10:28 PM