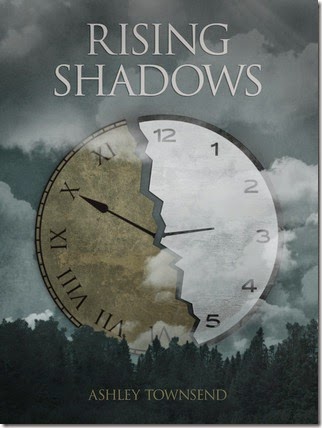 Sarah Matthews is nearing the end of another eventless summer in the small town of Bethany, Oklahoma, bringing her closer to the start of her freshman year of college. Disheartened over the reality that yet another unexciting season is coming to an end, Sarah wishes for an unforgettable adventure. When mysterious circumstances transport Sarah and her younger sister back in time, she gets more of an adventure than she could have ever imagined. The two sisters find themselves trapped in the twelfth century in a place shrouded with mystery and deception. Assassination plots, kidnappings, and tumultuous adventures force Sarah to rely on the Shadow, a masked hero who comes to her aid numerous times. In order to uncover a conspiracy and save those closest to her, Sarah requests help from the Shadow and also from Will, the handsome and equally intriguing blacksmith she befriends. Sarah is strangely drawn to the excitement that seems to follow the town hero and begins to look forward to their secret encounters. She also finds herself caught in a romance with Will, despite the fact that their equally fiery personalities have a tendency to clash as they attempt to work together. But Will’s past is filled with secrets and pains, and Sarah finds it difficult to break through the walls he has built around him. Can the faith and love of God that Sarah exhibits in her own life cause his hardened facade to fall away as he discovers that forgiveness and mercy are never too far from reach?

I was exceedingly happy when the amazingly sweet Ashley Townsend allowed me to read her debut novel, Rising Shadows. I mean, time travel? Medieval settings? A mysterious, masked guy? YES PLEASE. Plus, that cover. Come on. What’s there not to love? I’m a sucker for time travel stories. They’re my weakness. So I could not wait to read this one, and it was a wonderful ride!

The tale starts with our protagonist, Sarah Matthews, bemoaning the boring state of her last summer vacation before leaving off for college. She wishes more than anything she could have some kind of adventure. But, as her mother has wisely warned her: Be careful what you wish for.

The next thing Sarah knows, she and her little sister are standing in the middle of a forest face to face with a strange girl named Karen who’s adorned in some medieval-looking garments. Sarah’s wish for adventure comes true as she’s swept right up into a foreign world of danger, mysteries, and deadly secrets. Hey, one never knows what summer vacation will bring, am I right?

Ashley Townsend built a beautiful setting and realistic characters that kept me up at night wanting to know what would happen next. I really liked her explanation of how the time traveling worked, and the mystery revolving around the setting Sarah finds herself in got me greatly excited. There’s definitely some timey wimey stuff going on in this place. But you’ll have to read the book to see what I’m talking about. *grins*

The characters really tugged at my heart and were probably my favorite part of the novel, which is a definite plus. To me, the characters are the most important part. If I love them, I’ll probably read the books no matter what.
At first, Sarah seemed like your typical, begrudging fictional teenager, but after some time you see there’s much more to this girl than meets the eye. Her big heart toward others was inspiring, and even though she’s confused and not used to such a setting she landed in, she learns to adapt, and takes it in stride. Her awkwardness and the way she innocently blurts out her thoughts was endearing.
Karen was one of my favorites. She always means well, but isn’t the best at making decisions, causing a lot of trouble for herself and others. She had a fun, reckless personality that drew me to her the moment she entered the pages.
I loved how Sarah viewed “the Shadow” as a Robin Hood figure. Like her, I adore Robin Hood, so it made me like this intriguing man even more.
Then there’s Will who was probably my all time favorite. Those dark, mysterious fictional guys always are. . . Will is quiet and constantly keeps a wall between himself and others, but as that wall cracks bit by bit you see there’s so much more to this young man than first meets the eye. I loved seeing his character develop, every page of his pulling at my heartstrings a little harder each time. His character arc was wonderfully handled.
Even the more minor characters stole my heart. Karen’s family-friends were adorable and I smiled every time they appeared.
All in all, the characters were beautifully done and I miss them already.

I very much appreciated the Christian aspect of the novel. Sarah many a time looks to God when she’s losing hope or needs a reminder of why she should keep going. Her faith runs deep and blesses many. Some of the Christian parts could have flowed a little smoother, a few scenes felt a little forced, but for the most part it was well handled. One quote in particular really stuck out to me:

“When in need, pray. When in doubt, have faith.
When faced with difficult circumstances, be content and give thanks.
Then you shall receive your heart’s desire.”

The plot kept me fairly interested, though it did feel rather lacking in a few areas and was fairly predictable. The mysterious world and life-threatening plots sometimes fell in the background, the story leaning more in favor or Sarah and Will’s romance. Now, I definitely enjoy some romance in my novels, but I don’t want that being the sole focus. That said, the romance was very sweet and had me grinning many a time. I really loved those two. But I do wish more had revolved around the evil plots that were promised near the beginning of the book.

Take note that this was Ashley’s debut novel and there were a few things I felt were lacking or didn’t quite add up. I had so many questions that never got answered. BUT this is only the first book. Chasing Shadows is the sequel and promises much more plot and answers. Overall, this had an interesting storyline, loveable characters, and was an all around good start of what I think will be a trilogy.

Warnings
Basically nothing. It was so refreshing reading such a clean story. There was a scene where Sarah notices Will’s muscular body under his wet shirt, but she quickly looks away when she realizes she is staring. And I think there were a couple of more circumstances where they were drawn to each other physically, but it was all very light.

Conclusion
Though the writing felt a little inconsistent at times and the plot didn’t always follow through to the mysteries brought out at the beginning, Rising Shadows held my interest to the last page. I immediately fell in love with the characters and was cheering them on all the way through. The writing-style provided a smooth, quick read, and the setting and history behind it kept me intrigued. And that ending! Get ready to snatch up the sequel as soon as you finish this one, trust me. I absolutely cannot WAIT to read the next book and delve deeper into this mysterious world and see how everything plays out. Which I shall be doing very soon, so keep your eye out for another review!

Overall I think Ashley Townsend has written a great debut novel and I look forward to getting my hands on more of her works in the future.

Posted by Christine Smith at 5:51 PM