It was 9:30 at night and even though I was exhausted from a busy day, I got in my head I just head to finish it. Grabbing my laptop and putting on headphones, I snuggled into bed and opened the word document. Just half a chapter more and I would be done. I could do that and then probably be in bed by 12. That wasn’t too bad.

As of January 25th I’ve been writing a steampunk, time travel story titled The Avriot. I may have mentioned it now and again on this here blog. Now I can officially say IT’S FINISHED. The most exciting words a writer can say. Okay, technically the first draft is finished, which basically means it’s farrrr from finished, but for now I’m calling it finished. Yeah? Yeah. 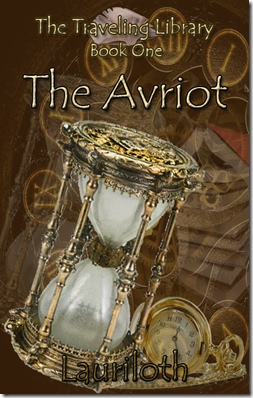 Since January I’ve been focusing on two big writing projects. One is writing this first draft of The Avriot, and the other is doing a full edit/rewrite of another story of mine, Secrets of Camelot. My goal was to get both things done by October at least, so then I could take that month to start planning for NaNoWriMo. The editing is proving to be extremely time consuming though. When August rolled around with September in sight I realized I was really going to have to double my efforts to make that goal. The problem was I never had enough time in a week to get everything done that needed doing with two projects going. So at the beginning of August I made the decision that I was going to finish The Avriot by August 31st. I thought it would be great if I could also finish my editing of SoC by that time but I sort of knew that was just wishful thinking and unrealistic. In any case, if I finished The Avriot then I would have far more time to focus on editing Secrets of Camelot come September and hopefully get it done before October.

With this plan set, August formed into a month of mad keyboard clacking and much consumption of caffeine. The Avriot was well on its way to its final chapter.

These last two weeks I’ve in particular been pumping out the words as fast as I can, but it’s been fun. It’s usually an effort for me to get loads of writing done at once, it starts feeling like a chore. But not so in this case. I’ve been obsessed with it, using every free minute I can to pour those words out, fully immersed in the tale. The ending came before I knew it. . . .For the most part.

It was Saturday night that I finished a chapter and realized I only had one more chapter to go to wrap everything together. I decided then and there that I would finish it up Sunday. Problems came when we were gone for almost the entirety of Sunday. But I so wanted to finish it that day. So when we got home rather late that night I made up my mind I would just stay up and finish the book. I never suspected it would keep me up until 1:30 in the morning. I like my sleep. But when you’re a writer sometimes these things just happen. It was quite exhilarating though, staying up in the late hours of the night writing away at the climax. And even more exciting when that last sentence was written. Nothing more thrilling for a writer than actually finishing a book! But this book took me on a thrilling ride from the first sentence to the last.

I’m a high fantasy gal all the way. I’m not much on branching out when it comes to writing. But when one day I got a random thought of a girl stuck in a wedding dress during an adventure and an hourglass that allowed for time traveling I could not help but write the tale. The ridiculous, ridiculous tale. This is no serious novel. It’s a fun, crazy, weird story with the most curious cast of characters I’ve ever made. Though it’s great to be finished with it, I already miss those silly people. Luckily, this is not the actual end. It’s a trilogy and I have every intention of writing the 2nd book. . .sometime. For now, I’m just reminiscing over the adventures this first novel pulled me through. I have no doubt that there are plot holes galore, and a gadrillion inconsistencies, and a bunch of nothing going on in the middle section, and who-knows how many grammar errors, but, to be honest, I think this is the most fun I’ve ever had writing a novel. It was so different and absurd and just. . .FUN. I loved it!

But now, with it done, I have ample amounts of free time to finish up the edit of Secrets of Camelot before NaNo comes along.

Sometimes there’s stories that leap out of nowhere, grab you by the throat, and squeeze every inch of your inspiration into their selves, hogging it all until you agree to write it.

Now, I had absolutely NO intentions of taking on a new writing project any time soon. ESPECIALLY while I was trying to finish two big writing projects and then have NaNo looming ahead. That would be mad. But when a story has you by the throat there’s only so much you can do.

It was about 3 weeks ago that one snagged me and has refused to let go. I don’t know if I’ve ever had such a burning desire to start a story. It’s been driving me mad! But I just WOULD NOT start it, I couldn’t! I had way too much going as is. And I never write two stories at the same time. But it wouldn’t. go. away.

So, I decided to compromise. I wouldn’t allow myself to start it until The Avriot was done, then I could. Let me tell you, that gave me lots of incentive to finish The Avriot! I was trying to finish it up anyway, but this just give me an extra push.

It’s been hard resisting. Especially at first. But the more I worked on The Avriot the more I was able to push that other story idea aside (at least a smidge) and appreciate the fun-ness of The Avriot again. But. . .now The Avriot is done. And this new story is grinning up at me expectantly, forcefully shoving the common sense side of me that says I need to solely work on Secrets of Camelot.

Let’s just say a new story may soon be finding its way in my story folder on my laptop.

The strangest thing about this story is that it’s set in modern times. . .and the real world. I’ve never done anything like that before. But I assure you, there’s still plenty of fantasy that shall crop its way into it. It wouldn’t be a Lauri story if it didn’t. Hee.

We shall see what this week brings. Perhaps I’ll actually give some info on this new story in the near future. For now though I’m perfectly content with quietly celebrating another story finding its way to “The End”.

Hope you guys didn’t mind me rambling a bit. Have a blessed week, you beautiful people!

Posted by Christine Smith at 10:59 AM