It’s Hard to be a Writer When…


You get your best idea at 3 in the morning and have to drag yourself out of bed to jot it down.

Your favorite character up and dies unexpectedly.

You get a new story idea that you’re just itching to write right in the middle of NaNoWriMo.

You have so many novel ideas you know your life isn’t even long enough to write them all.

You only get inspired to write during the moments you’re too busy to and never have any motivation for it when you have ample amounts of free time.

Your story gets lost in an abyss of unfixable plot holes.

You’re caught having a conversation with imaginary people.

You’d rather just sit around acting out the scenes in your head than actually bother writing them.

Your characters threaten to murder you.

You forget that sleep is essential.

People don’t realize you’re not responsible for your characters’ actions.

You get inspired by reading but never actually do anything about it because you just want to keep reading.

Reality reminds you it exists and needs to be tended to instead of your story.

The internet is just so distracting.

You have an entire story plotted but realize you don’t have a title yet.

You’re anxious to start a new story and have all the characters figured out and the middle and the ending and everything in between planned but no beginning.

You realize writing is HARD. 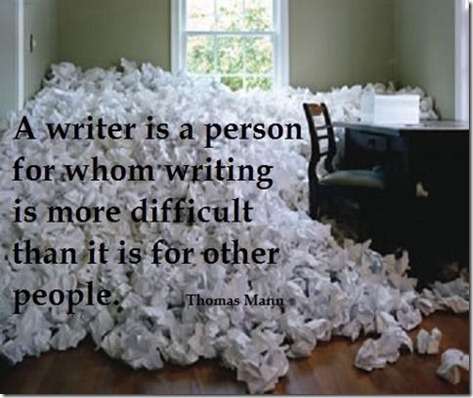 Posted by Christine Smith at 11:49 AM