If you’re a writer or an artist or…just about anything honestly, you’ve probably experienced those moments when it feels like there’s something within you budging your creativity in a certain direction. A writer may suddenly be inspired by a new plot that badgers them into dropping everything and writing down. An artist might unwillingly find themselves sketching a dragon when just moments ago they were painting a vase of lilacs. A photographer may suddenly have this great urge to snap pictures of nature instead of human portraits. There’s something in our brains that gives us this great desire to do a certain thing, despite if we are busy with other projects.

It’s called our muse. Or, as some others may prefer, “That irritating voice in your head that won’t be quiet until you do what it’s telling you to do.”

I think every person has one. That little thing that inspires our creativity. 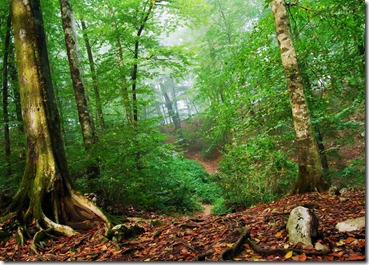 For some, their muse may simply be a special place, like a quiet wood in their backyard or the cozy atmosphere of a library where inspiration flows. Others may even find their muse in a physical person that is a source of ideas for them. A lot of writers I know have one of their story characters as their muse. And then a certain few has…something else.

Meet Moseley. He’s a dragon. A green one.

Now, he would like for you to imagine him as a fierce, 100 foot long, fire breathing creature that strikes fear in the hearts of even the greatest of warriors. 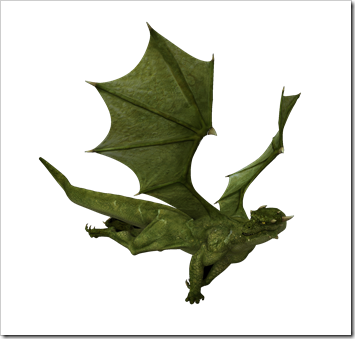 He’s actually only about 2 feet long from the end of his long tail to the tip of his snout, and I don’t even think he can breathe out that much fire, if any. And now since I’ve given away that he’s not that fierce looking at all, he would like for me to inform you that he is at least very adorable. *rolls eyes*

Yes, Moseley is that little voice “moseying” around in my head always forcing creativity upon me. I say “forcing” because, as most writers are probably aware, muses are very demanding and not always that pleasant to have around. They’re usually the ones that wake you up at 3 in the morning screaming in your head, “You should write about THIS!” and then proceed to keep you awake for the rest of the night hurling one idea after the other through your head, as if the muse is throwing rocks at your brain until you actually do it. That’s the thing about muses—they don’t give up. Most muses of writers spend every single second of every day doing something along the lines of… 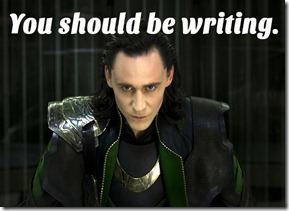 Perhaps you have a project you’re already working on, maybe even have a deadline for it and need to get it done. Well, muses don’t care about that. Have you ever been working on something consistently and suddenly you have no desire to do it anymore due to this inexplicable urge to work on something new? Yep, that’s your muse. Usually, they have no sense of responsibility and take pleasure in just throwing caution to the wind without a lick of common sense. Or, at least, that’s how it is in my case.

Moseley is a mischievous little thing. I do believe he takes pleasure in torturing me. Constantly chucking one idea after the other into my brain before I even have time to work on any one of them; or giving me a terrible urge to work on something at the most inopportune times. For example, he always gives me a great new story idea and the deep desire to work on it right in the midst of NaNoWriMo when I couldn’t possibly start something new. Or I might be going in a certain direction in a story and he insists I totally forget that idea and go an entirely different way.

I’m going to interrupt myself here and tell you one thing about muses: There is no fighting them. When they get a mindset, that’s that. They will badger you and badger you, day and night, until there is absolutely nothing you can do but finally acquiesce to their wishes. Some writers may claim their muses as nothing more than slave drivers. (Not that I feel that way or anything. *cough, cough*)

Want to guess what story Moseley made it into?

Now, don’t get me wrong, muses can be quite useful. I often enjoy the many plot bunnies Moseley plants into my brain, or the sudden bursts of inspiration that come from him. I just wish he chose to give me those bursts of inspiration not at 3 in the morning. But, then again, without a muse I’d probably never actually get any writing done, so they have their perks.

But they also can be extremely annoying.

Muses are stubborn, incessantly demanding, rarely quiet (unless you actually need them to give you inspiration, then you usually won’t hear a word from them), often very sporadic, cause your sanity to disperse completely, and usually have no bit of common sense…so it seems. Despite often fighting my muse, I’ve learned, as hard as it is to admit, your muse is usually right. (Oh, stop smirking, Moseley.) Even if the ideas they give you seem absurd and will never work, in the end they usually do, quite well. So, as much as I want to, I’m learning to stop arguing with my muse.

Besides, when you’re a writer, throwing caution to the wind is the best thing you can do for your stories.

…Or so says my Muse. 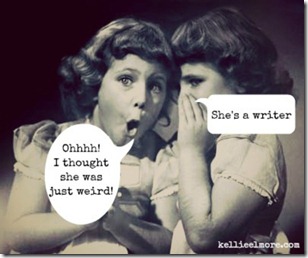 Posted by Christine Smith at 10:02 AM