My Grand Adventure of Writing

You have probably already figured this out, but I love to write! This blog will probably be a lot about my writing. I might sometimes post something about my characters, perhaps a sentence from my stories here and there, update on what I am writing or editing, give excerpts or a synopsis occasionally. Who knows? So I thought I’d post about the beginnings of my writing to now and what I like to write about. I figured it would be good to post about my writing first before delving into all that. Also, I thought if I update my blog with what is going on with my writing it will motivate me to write and to write blog posts. So it is a win-win deal there. And trust me, I often need lots and lots of motivation.

My adventure in the wacky world of writing began when I was at the age of nine. Someone in my homeschool group was passing out these papers that…well…I honestly have no memory what they were for, but I do remember they were advertising a bunch of different contests revolving around horses. You could draw a picture of a horse, take pictures, or write a story about horses, and such things as this. This got me thinking, why not try writing a story? That should be fun, right? So it began. I got out a fresh notebook, one of those Lisa Frank ones with a tiger on the front, went outside on this little grassy hill, and started a story about a girl finding a horse and befriending it. I adored horses (still do, actually!) so was enjoying this very much.

I had an absolute blast writing this story. Like I said, this was the first time I had ever really written a full story like this, and I realized how amazing writing really was. Nearly every evening I would go on that grassy hill with notebook and pencil in hand and write until it got too dark to see the words in front of me.

Then a problem arose. The beginning of a problem I still face even now with every story I ever write. A problem I wish I could fix but fear will never go away.

It was too long.

That contest wanted a short story, mine was becoming a novel. Well, that was okay. I did not need to enter this contest. Who cares about that? I had just discovered the joys of writing and I was going to keep on and make this story even longer. 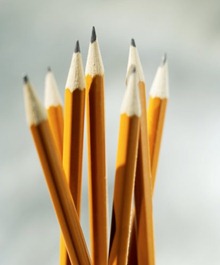 For months on end I wrote and wrote, bringing that notebook with me in the car, outside, wherever I went. Writing was fun. I began wondering why I had never tried this before. I had always loved reading, why not writing? Nevertheless, I had discovered my love for writing and have not regretted finding that contest once.

As time went on and I got a couple of years older, I decided to rewrite that story. I mean, my first full fledged story written when I was 9 was not exactly spectacular. My rewrite was not either… But at least I was improving, that is what counts, right?

At about ten or eleven was when I delved into writing fantasy. I had always loved fairy tales and such things when I was little, unconsciously knowing how much I really loved the fantasy thing. Not until I saw Lord of the Rings that is. It quite literally changed my life.

At the age of ten, Lord of the Rings: Fellowship of the Ring came out on DVD and my mom and brother were watching it and they decided I could join them as long as I closed my eyes during quite a few scenes. I cannot even express it. This was the beginning of my obsession with fantasy. Probably unhealthy obsession at that. (And my definitely unhealthy obsession with LotR.) I immediately started reading The Hobbit then Lord of the Rings, grew terribly crazy about fantasy elves (woodelves especially), and just all around insane about fantasy.

Why did I just jump from talking about writing to Lord of the Rings? Because all my conversations jump over to LotR in the end. Teehee, okay, really I just have to explain where my fantasy obsession came because that is such a big part of my writing. The only (important) part really.

So yes, I was now a fantasy nut and realized I must begin writing fantasy. Actually, I discovered I wished to write nothing else. I started a story called The Grand Adventure (original, right?) about a girl getting sucked through a magical mirror into a fantasy world and going on a—you guessed it—grand adventure. Though dreadful as it is, I am quite fond of that story. It is something I literally worked on for years. First writing it all in a notebook, then revising it on the computer, all the way to completely rewriting it, which I sadly never finished doing. Still, it will always have a fond place in my heart.

I wrote a couple of other things after that one, things I never finished. I , sadly, have a terrible tendency to never finish stories.

Finally, when I was 16, I started a story that was actually a story that might, possibly, perhaps be worth reading. That is to say, it is not just a little, silly story I started when I was real young. This was a full fledged fantasy story called Orthadia. Now, three years later, will you believe I am still writing this story? 222k words in and only halfway through. Yep. But I am determined that one day I will finish Orthadia. I am rather fond of it, though it most likely is terrible. But someday it will be finished, even if I am 88 years old when it happens. Ridiculously long and all.

Now then, there is this website called NaNoWriMo.org which stands for National Novel Writing Month that I discovered a couple of years back. At this site, thousands of people participate in writing a 50k or more novel within the month of November. A ridiculous task that only insane writers will strive for. For, after all, all writers are quite insane. As crazy and difficult as this thing is, it is beyond fun. Once November gets closer I will definitely put up a full blog post about NaNoWriMo.

Anyways, I discovered this awesome thing but decided to wait until I was graduated to participate. Last year that time came. I had graduated in May and it was now September. Time to start thinking about this crazy thing often called NaNo.

Let’s just say I had the time of my life and am greatly anticipating this coming November. For my NaNo (as the novel you write for the month is often called) I, of course, wrote a high fantasy book about dragon riders. (Have I mentioned I am obsessed with dragons?) This was going to be the first book in a series of 8. I plan on starting the second one this NaNoWriMo. 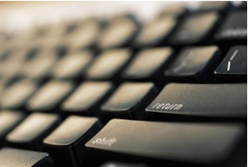 Though, being as how I was writing like a mad monkey, making my NaNo turn out ridiculously messy with grammar flaws littering every page and sentences that looked like a toddler wrote them, NaNoWriMo helped me with my writing in numerous ways. While, yes, I had always loved to write since that day I discovered it at the age of nine, I did not realize how truly passionate I could be. Not until last November. NaNoWriMo was so much fun, and—you know what?—it actually made me finish a book. I realized I could finish a book in a reasonable amount of time. It made me realize writing for long periods of time is fun. It made me discover my passion for writing again and even more so this time. Now half of the time I am talking about my writing to my family and friends, or in my room on my laptop typing away. I was telling my mom just the other day that if I could pick any job in the world it would be a fulltime, well-known author. I have just gotten so passionate with writing now.

Very soon after I finished my NaNo, I started another book sometime in February or March and have just finished it a few days ago and raring to start the next. Actually finishing books and wanting to write near everyday is a new thing, and I am lovin’ it!

There are a couple of flaws with my passion for writing though.

First, I write too long stories!!! You just don’t even know. Remember when I said Orthadia is 222k words and not near done? Yep, that tells it all there. My NaNo, which is going to be 8 books should be rather short each book. I was not planning on going anymore than 100k words each. Guess what it turned out to be? 211k. I mean…seriously? Ugh! I cannot have 8 books each that long! To give you an idea, I believe Lord of the Rings is roughly around 400k words. This problem started from the very beginning with my first silly, little horse story and has just gotten worse as it goes on. This other story I just wrote I was so determined to make it no more than 80k. It ended up being 100k. I guess that is better than the others, but still. Why am I so incapable of writing short things? Even semi-long things? Nooo. They have to be ridiculously long. Ho hum.

Second, I am a perfectionist, my worst critic. I am never happy with what I write. I work forever on a story then realize my plot is way too cliché or totally ridiculous, my sentences are blah, I am completely unoriginal, yadda yadda. I am just never satisfied with anything. I personally think my stuff is terrible, and this depresses me greatly. Maybe I am wrong, but I doubt it…

Though I would do anything to be a published author. Or even get one thing published. But I seriously doubt that will ever happen. You know what though? That is okay. I do not write to publish. I showed myself that at the very beginning when I realized I could care less about sending in my little horse story to that contest and instead just enjoy writing it. I have held on to that. I love writing. It is what makes me happy. I write fantasy because it helps me get away from the real world, if only for a time. It is my happy place. I would go insane if I could not write. So I am never going to stop writing just because I might not get anything published or no one even reads any of my writings. I am going to write until my poor fingers fall off from all the typing. Writing is  a deep passion of mine. And I will be doing it forever.

I am sure that some are born to write as trees are born to bear leaves: for these, writing is a necessary mode of their own development.
- C.S. Lewis

Posted by Christine Smith at 5:16 PM