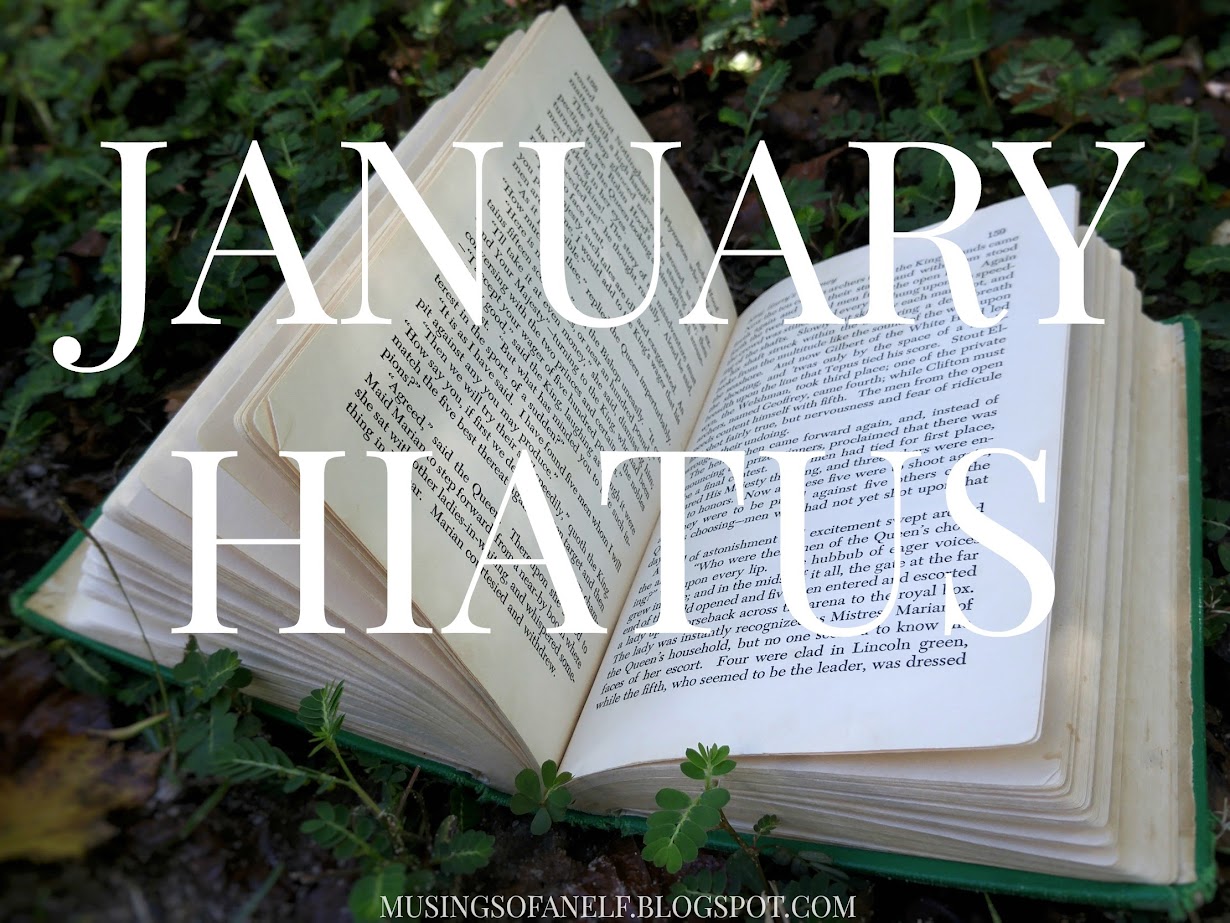 The title maaaay have given it away. But just in case…

After much hemming and hawing, I finally decided to give in and allow myself a break. (Yes, I have to force myself to rest, it’s a problem.) You see, I’ve been blogging every. single. week. for the past 4 years. My 2013 New Year’s goal was to write a post weekly and…I just stuck with it. I’ve literally never missed a week. So, on the one hand, my OCD self wants to see how long I can keep this up. But my exhausted brain is all NO STAHP. I think, for once, I’m gonna listen to common sense. I don’t think the world will explode if I miss a few weeks…?

As I mentioned in my Christmas post, the last three months have been very stressful, tiring ones. And December wasn’t quite as restful as I would have liked. In light of this, I’ve finally decided to take a January blogging hiatus. I may only miss the first couple of weeks of January. But in all likelihood, I’ll probably just allow myself the whole month to recuperate. I’m also possibly going out of town some in January, so I think it’ll be a good time for a break.

These last few months have drained me quite a bit. I kept trying to just go, go, go and ignore it, but it seems to have caught up with me. I think it’ll be good for me both physically and mentally to step away for a while and try to recover. Which means I may also be a little absent not only on my blog, but other blogs and emails and whatnot as well. Or I may be even more active on them, because my attempts at breaks never go as planned. >.> But either way, my blog will be resting.

BUT DO NOT WORRY. I shall absolutely be back by February at the latest. Blogging and chatting with you guys is one of my greatest joys in life. It’s just after 4 straight years of consistent blogging and some extremely stressful past months, my brain needs a little vacation.

I appreciate each and every one of you so very, very much. I hope you have an explosively fun New Year’s (get it, get it? because fireworks???), and I’m praying you will all have the absolute best 2017.

Posted by Christine Smith at 10:00 AM