Fantasy: To Infinity and Beyond 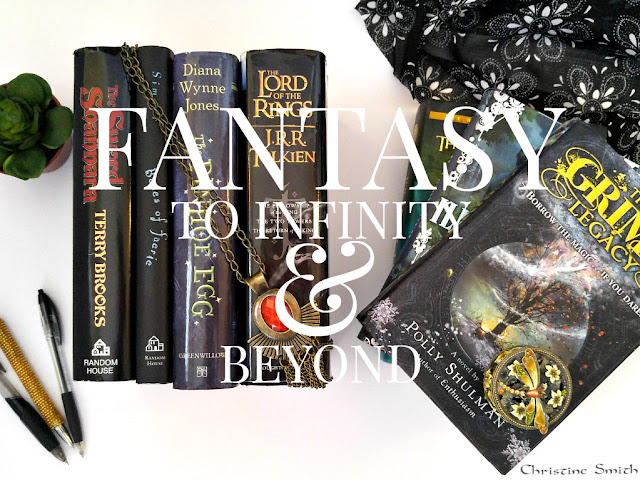 Last week I listed 7 elements that always worm themselves into my novels. The most prominent one was fantasy.

Pretty much anyone who even sort of knows me knows I’m a “fantasy writer”. I’ve been proudly wearing that label since I was 10 years old, after first seeing the Fellowship of the Ring movie and immediately pouring my life into writing one fantasy novel after the next. But what my little 10-year-old self didn’t know was that title of “fantasy writer” held so, so much to it.

Back in the day, “fantasy” to me meant Lord of the Rings. Or such things like it. Which is odd, because long before I even knew what LotR was, Peter Pan and Alice in Wonderland and all things fairytales were my true loves (okay, they still absolutely are). But, in my mind, Lord of the Rings was true fantasy.

Now, J.R.R. Tolkien isn’t called the father of fantasy for no reason. To me, he is the ULTIMATE fantasy writer and will forever be my hero. Lord of the Rings and The Hobbit are LIFE. There’s no doubt about it.

But the thing is, I used to limit myself. Over the years, I’ve discovered something wonderful and exciting.

Fantasy means much, much, much more than medieval worlds and elves. Sometimes the thought can be overwhelming. But it’s overwhelming like the sky is overwhelming—it’s massive, larger than life, but so full of unending wonder we wouldn’t want it any other way. 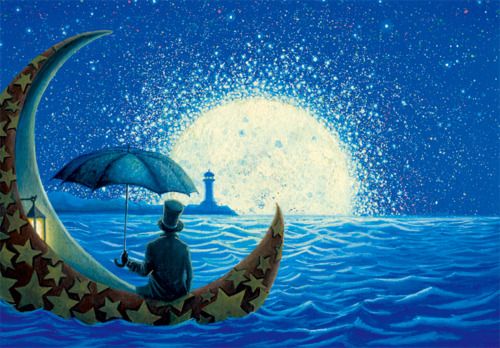 Fantasy can be in any world, real or not real, any time, have anything. You want to write a Victorian England novel with man-eating fairies? Go for it! How about cowboys that ride dragons instead of horses? What if the lost city of Atlantis decided to stop being lost and merpeople took reign of the ocean? It just goes on and on and on. You can have stories with myths and legends and made up worlds and creatures and mixes of all the above.

It never, ever, ever ends. Your fantasy novels go as far as your imagination.

Some examples of very unique fantasy books include:

And that’s barely scratching the surface!

The point is, you can do whatever you like with fantasy. Time travel, world hopping, Greek myths, talking furniture, twists on fairytales, fire-breathing penguins. ANYTHING. IT NEVER ENDS, GUYS. 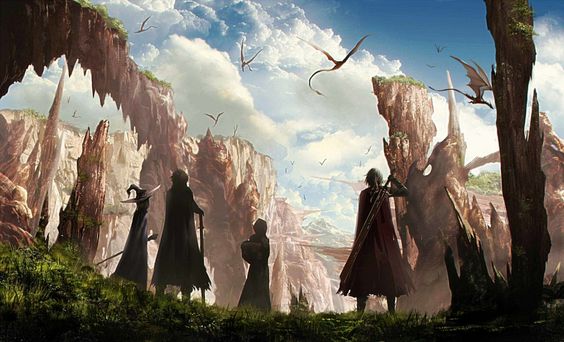 But don’t get me wrong here. I’m not telling you to go write some completely bizarro story if that’s not your thing, or to stop making Middle Earth-type worlds. PLEASE DON’T. Why do you think there’s so much of it? PEOPLE LIKE IT. Me included. High fantasy will forever be my first love. And you can still absolutely make unique tales in a high fantasy novel! I mean, Lord of the Rings was so big and complex and mind-boggling.

Just don’t be like me and get confused in thinking Lord of the Rings is the only type of fantasy there is. It was one of the first, and from it sprouted so very, very many glorious tales. And from those more evolved. Now fantasy is what you make it. Is that not a deliciously exciting thought?

And that’s why I love fantasy. It’s infinite.

I never, ever run out of plot ideas. In fact, I have the opposite problem. My mind is overrun with too many plot bunnies! (But that’s a topic for another time.) It’s impossible for me to get bored writing fantasy because every book I write (nowadays that is, we won’t talk about when I was little) is so different from the last, even though they all can be classified as “fantasy”. I absolutely, completely, and totally LOVE creating plots centered around fantastical elements. Whether it be dragons (obviously) or time travel or wars against made-up races or fairytales or twists on legends. I can’t stop creating! It crowds my mind 24/7. And I love it.

This isn’t to say other genres aren’t infinite. That’s what I love about writing so much, it’s ALL infinite. There’s so much you can do with every single genre. But since I’ve been writing fantasy for the past 14 years, I have a lot more to say about it. XD

But sheesh, Christine, what are you even getting at here? It is this: You don’t have to limit yourself. If you love medieval worlds full of elves and dwarves, go write that thing. If you want to write about space unicorns ending the villainy of space pirates. DO IT. Your imagination is the limit.

Do you agree with me? Is fantasy infinite? What type of
fantasy story do you like best? AND I MUST KNOW.
What’s the most unique fantasy book you’ve ever read?

P.S. After writing this I totally and completely forgot there’s an epic fantasy thing going on in the blogsphere starting TODAY. What a perfect coincidence! I did not plan this. o.o
DJ Edwardson and Jenelle Schmidt are hosting The Silmarillion Awards—a “fantasy awards” type thing where YOU get to vote for your favorite fantasy characters and such in a bunch of different categories. It’ll be taking place for the next month so do check out their blogs for all the details and links. It’s gonna be awesome!

Posted by Christine Smith at 10:22 AM