My very dear internet/writer/blogger buddy Tracey Dyck tagged me! She is one of the most loveliest, talented people I know. Every sentence she writes is like poetry. Seriously. Go follow her blog. Like, now. You won’t regret it, I promise! She’s awe-inspiring.

Sooo technically she tagged me like a month ago. *coughity cough* I’m so behind on tags, it’s shameful. But this one I HAVE to do because it’s about screen characters. CHARACTERS, GUYS. If you’ve followed my blog for any length of time I’m sure you’ve gathered that talking about characters, any and every kind, is my favorite thing. I could do a whole blog just dedicated about fictional characters. Of course, it’d mostly be screaming, flailing gibberish. BUT CHARACTERS. It was like this tag was created for me.

-List you 10 favorite screen characters (from TV shows or movies)

Easy, right? HA! Do you call choosing only TEN favorite characters easy??? Excuse my while I break a brain cell choosing only ten. *collapses* At least this only counts screen characters. If it included book characters too I’m pretty sure my brain would crack and shatter into a million pieces.

So let’s see if I can do this without exploding. (No promises though.) 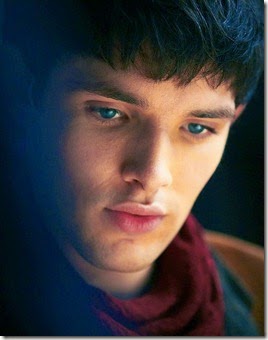 Merlin from BBC's Merlin may be the most adorable human being in the fictional world. I mean, look at him! I have a lot of fictional crushes (an embarrassing amount. . .hush) but Merlin takes the cake. He's my biggest crush. This boy has to live every single day with a secret that if revealed would get him killed. He loses so many people he loves, he gets ridiculed by Arthur daily, he struggles to fit in and keep his secret, and yet he keeps going. His loyalty to Arthur has no bounds and he'll do anything to help those in need. Also he is so awkward and adorkable I can’t. And the development of his and Arthur’s friendship throughout the show just slkdjfkj;oidjdfdf. I LOVE MY BABIES.

I love Sherlock. Any Sherlock. From Robert Downey Jr.’s epic portrayal to Arthur Conan Doyle’s original. Sherlock is brilliant, aloof, and cocky in all his forms and I adore him. But since we’re talking about screen characters, I specifically mean my favorite screen version of the genius detective which would be Benedict Cumberbatch in BBC’s Sherlock. Do I even need to explain this one? It’s BENEDICT CUMBERBATCH. And SHERLOCK. And SO MUCH WONDERFUL. He’s perfect. PERFECT. There’s no other way to describe this version of Sherlock. I don’t have a single complaint about this character.  PERFECT. And as we can’t have Merlin without Arthur, we definitely can’t have Sherlock without his Watson. Benedict Cumberbatch and Martin Freeman in this show, guys! It’s not even fair how brilliant they are! 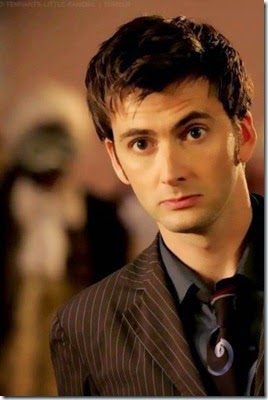 Okay, so if I was forced absolutely, without a doubt, had a gun to my head kind of forced, to choose a favorite fictional character I’d probably end up saying the 10th regeneration of the Doctor from Doctor Who (yes, another BBC show, they have good shows, okay?!). Each and every version of the Doctor has a huge place in my heart. It is the same man after all, and I’ll be loyal to the Doctor no matter what actor he’s played by. But David Tennant will always by MY Doctor. He’s both silly and serious, playful and tragic, adorable and dangerous. He loved so deeply and lost so much and lived and learned. I think his time during his 10th regeneration shaped who he is, who he’ll always be. And I miss him every single day. So many tears. SO MANY. And. . .and. . .HIS HAIR! 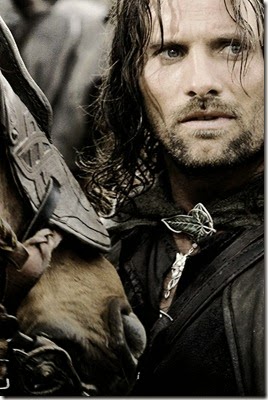 This man is my favorite of the entire Lord of the Rings cast, and that’s saying a lot, let me tell you. How can I not love this ranger who became king? The man who lived among elves. The man who faced a world of ghosts and brought them to his aid. The man who led an army straight to Sauron’s front door all to help a little hobbit. He’s kind and brave and all around inspiring. Good gravy, I love this man!

There goes my heart.

And while we’re on the subject of Tolkien characters. . .

We can’t forget the little hobbit who left his comfortable home in the Shire to face a deadly, fire breathing dragon, all for the sake of adventuring. And he kept going, even when treated wrongly, even when his life was threatened countless times, even when his chair and books called him back home, even when the whole journey wasn’t for his benefit at all. He just kept going. To help a group of dwarves who didn’t even deserve his help. Don’t be fooled by his size. His loyalty and bravery is bigger than ten dragons combined. And don’t even get me started on Martin Freeman’s portrayal of him. I’m not sure perfect is a strong enough word to describe it. 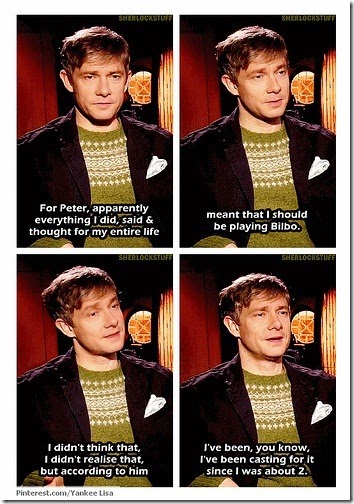 Favorite. Disney. Character. Ever. And come on, is there any Disney character that’s NOT loveable? Even the villains are loveable! So claiming a favorite is huge. HUGE. But FLYNN, GUYS. I’ve always had a thing for thieves in fiction. Don’t ask me why, I don’t even know, but I just find them awesome. I also love the cocky characters who secretly have a heart of gold. So you can imagine my flailing fangirl heart when Flynn was introduced to my world. A cocky, funny, charming, adorable thief with a sad backstory who ends up sacrificing himself for the one he loves? EVERYTHING I love in a fictional character. JUST LET ME HUG THIS MAN, OKAY. 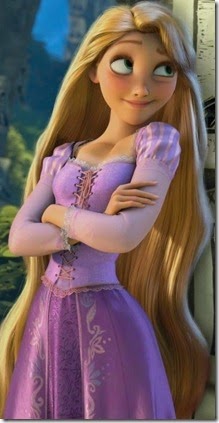 I can’t bring up Flynn without Rapunzel, now can I? She’s without a doubt my favorite Disney princess. I love how she breaks the normal heroine most movies have these days and is a little naïve, not even that brave, always joyful, and very feminine. She relies on Flynn to help her along the way but when he gets in trouble she finds her courage and uses what resources she has to get them out of a jam. Not to mention she’s just ADORABLE. I want to hug her, too! The babies are so precious together! *happy sobs*

This one is a bit different from the others because it’s technically three different versions of the same character. I don’t even know why, but ever since I was little I’ve had this immense obsession with the Mad Hatter, in ANY form. I LOVE all the different ways he’s portrayed. I tend to love the characters who are a little off their rocker, for what ever reason, and the Mad Hatter, well, he is mad. And I just love him! Used to my favorite version was from a miniseries the Syfy channel did just called Alice set in a scifi version of Wonderland. It’s insanely cheesy but I’ll watch or read ANYTHING Alice in Wonderland. ANYTHING. My obsession for that story has no bounds. And Alice is worth watching just for Hatter. Trust me. He’s amazing.

So that was my favorite Mad Hatter for many years. Then I started watching the ABC show Once Upon a Time, which brought in a Mad Hatter. . .which happened by be played by Sebastian Stan. Yes, as in Bucky. THAT Sebastian Stan. *cue the screaming* Technically this was all before The Winter Soldier but Sebastian Stan is amazing in all his forms and as the Mad Hatter just. . . O_O SEBASTIAN STAN AS ONE OF MY FAVORITE FICTIONAL CHARACTERS??? No amount of fangirl screaming can describe the brilliance. I still adore Alice’s Mad Hatter too though. I can’t choose a favorite. They’re both wonderful!

And obviously Johnny Depp was born to play the part in Tim Burton’s movie.

Basically, give me ALL the Mad Hatters! 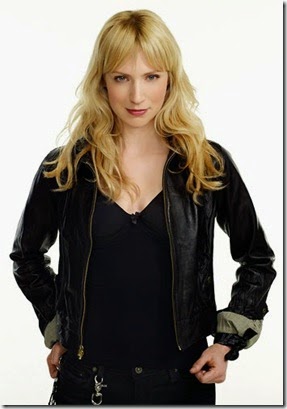 While we’re on the subject of characters off their rocker. . . Remember how I mentioned I loved thieves? Yeah, Parker is one of those, and one of the best, possibly, the best. She’s from the show Leverage which is about a group of thieves who take on Robin Hood-like heists, stealing from the bad to help the good. Parker used to only ever live and work for herself. She stole for the fun of it and always alone. Her people skills are. . .lacking, to say the least. But when she found herself in this band of thieves she discovered she enjoyed helping others, and found a family along the way. And. . .just. . . *sobs* It’s so beautiful! Parker is a hard person to explain. She’s very. . .childlike. For example, one of their heist jobs involved helping a mall Santa Clause and she was convinced they were helping the real Santa Clause. Then another time she stabbed a man with a fork. . . Again, her people skills need work. Parker is just kind of a person you have to watch for yourself to get a feel of, she’s not an easy one to explain. But oh my is she hilarious, and kind of adorable, in her Parker-like way. I love her so much! And that show. Go watch it, seriously. It’s hilarious and fun and skdjfj;sdjfd YES. 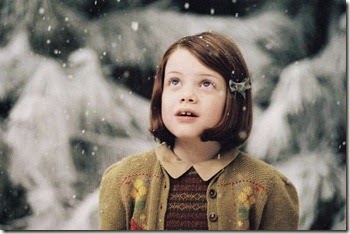 Last, but ABSOLUTELY not least. I think we all wish we were a Lucy. Her unwavering faith, loyalty, and love inspires me daily. I adore her child-like wonder of the world, and her joyful outlook of life. Her relationship with Aslan has helped me grow my own faith in Jesus. And her friendship with Mr. Tumnus is adorable. Queen Lucy the Valiant they call her, and it’s so true. Even as the youngest Pevensie child, she stands up to her siblings and leads them in the right direction, encourages them all, inspires them. Lucy is the heroine we all dream of being.

Well, I made it without exploding much.

Sky @ Further Up and Further In

And there ya have it! But not really. This was barely scratching the surface. Hardly even blowing on the surface! I miiiight have to do a part 2 of this. Before I even started, I listed out the favorites I could think of and, well, the list has a lot more than 10 people. . . So yeah, I might have to do a part 2, and maybe 3. *COUGH* I just love a lot of fictional characters! Don’t judge!

So speak with me, my fellow fans! I know I’m not alone in my love for fictional characters. What are some of YOUR favorites? Agree with any of mine? Totally disagree on any? (Don’t worry, I won’t stab you with a fork. . .hard.) I want to discuss, so flail with me!

Posted by Christine Smith at 7:58 PM