On Writing the Brave and the Crazy 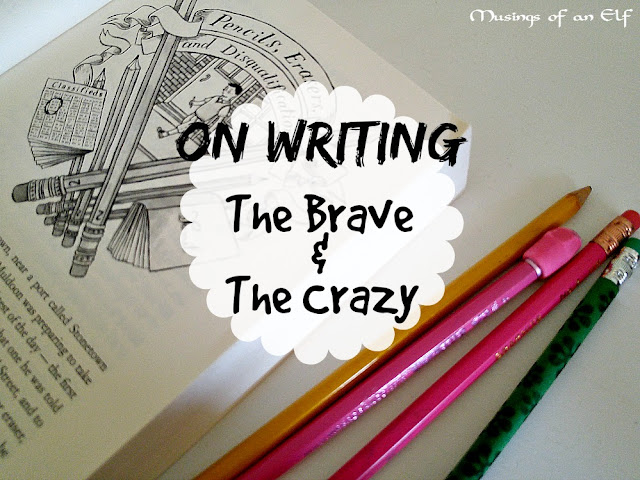 Back when I was a little baby writer, I had this weird thing in which I always “played it safe” with my stories. As in, I never wrote anything outrageous. I stuck to what I knew, kept to the clichés, never made anything different or interesting or unique. You can probably guess by now that my old stories came out very bland, and often pathetic copies of Lord of the Rings and Narnia.

I can’t really tell you why I never ventured out and tried crazy, original ideas. I guess I was scared. I was scared to tackle tough issues lest someone think my stories weren’t “clean” enough. I was scared to kill any of my precious characters. I was scared to make big, epic things happen. I felt the need to stick to the basics. Keep things simple, lighthearted. As a Christian, that’s what I was supposed to do, right?

The lighthearted stories with perfect characters that pretend tough issues in the world don’t even exist don’t exactly pack a punch. They don’t really make me feel. . .anything. It’s those deep, heavy stories that slam me in the gut and open my eyes to how bright God’s love is in this dark, dark world. I think Christians most of all need to write about the deep issues. But I actually wrote a blog post a year ago about why we write and enjoy the hard things. (Don’t worry, I also wrote one about happily ever afters and why I think we need those, too.) So I won’t get into that again.

The point is, it’s okay to write about dark, hard things. It’s okay to get into the nitty gritty. It took me a long, long time to realize that. And even still I have to remind myself from time to time.

But it’s not just the hard issues I’m talking about here. It’s the FUN things.

I remember one day in particular, probably some 4 years ago, I was thinking about a series of mine. I don’t recall what the idea was exactly, but some plot idea popped in my head that would cause all sorts of crazy, dangerous things for my characters. And you know what I thought to myself? “Haha. That’d be fun. But of course I could never do that.” Yeah, that was my thought process. And did I write that fun, crazy, dangerous thing? No! Because “Oh, I could never do that.” That wouldn’t be playing it safe.

*GROOOANS* That doesn’t even make sense.

It was about a year later that I recalled that particular incident, and many others like it. And it hit me. “Why not?” Why couldn’t I write crazy, fun, dangerous things? Why not go all out with an epic plotline instead of some bland, clichéd thing? WHY?

It was at that point that my stories began to improve.

Slowly, slowly, slowly I became braver. I actually went with my crazy ideas. I started making my characters’ lives much worse. I even began writing about some more uncomfortable issues. And you know what? It was fun! It felt good. It felt right. I discovered I actually could write my own unique stories instead of some carbon copy of Tolkien’s. The more bravely I wrote, the more comfortable I became doing it, and the more interesting my stories grew.

It was by my fourth NaNoWriMo in 2013 that I was really getting brave and learning to go with my crazy ideas. I had many first drafts finished, had ventured out with new genres outside of my normal medieval fantasy comfort zone, and had learned what I like writing and what I don’t. My stories were finally starting to become somewhat readable. So as NaNo approached and I was getting ready to plot More Green than Envy, the fourth book in my Colors of a Dragon Scale series, I gave myself a single order: “Make it awesome.” I wanted to love this story. I wanted to enjoy every single scene. I wanted to put elements I loved and do crazy things and make it big and epic and emotional and just around AWESOME. While plotting, I stuck to that order. (Usually I ignore myself, no matter what I tell myself to do. Such a problem.)

Guess what? To this day that is still my absolute favorite NaNo, and my favorite book to write thus far in the series. I had such an amazing time with it. Why? Because I wrote things I love, and I wrote them bravely. 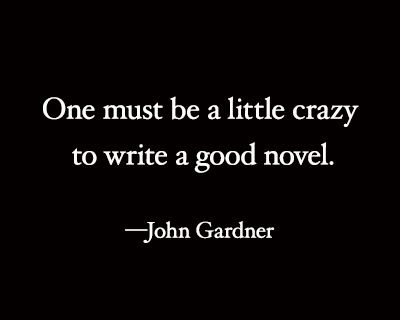 I have this thing for stories where characters are trapped in semi-small places. So the majority of the story is about my characters stuck inside a city, and mostly inside the castle of said city. I absolutely adore a good, fun brotherly friendship. So I gave my two male characters one of my most favorite friendships I’ve ever written. I had characters fall in love, I had characters die, I made big characters arcs, I even wrote a torture scene which is something my younger self would have never, ever, ever done. But it was necessary for the story, so I did it. And I don’t regret it. It was one of the few stories where I enjoyed writing almost every. single. scene. That basically never happens! There’s always going to be some scenes I have to force myself to get through. But with this one I made it fun for myself. And, as a result, I think it’ll be fun for the readers.

After that amazing experience, I didn’t stop. I kept writing bravely. I kept finding elements I liked and implementing them in my stories. This last NaNo I made a huge city collapse and things explode and destroyed one of my favorite characters and just made a huge mess.

I loved every second of it.

These were things my younger self would have never been brave enough to do. But these are the things that made the story. (I mean, it’s a NaNo draft, so it’s still a complete disaster, but I know I’m improving with my writing anyway.)

It took a long time, a lot of years and a lot of stories, but now when I go to write, I don’t ever say no to my crazy ideas. I snatch them up and run with them. I turn them around and around and wonder how I can make them even bigger and crazier.

With so many stories out there, we need original ideas. We need crazy stories with epic plotlines that keep us on the edge of our seat. We need brave writers. 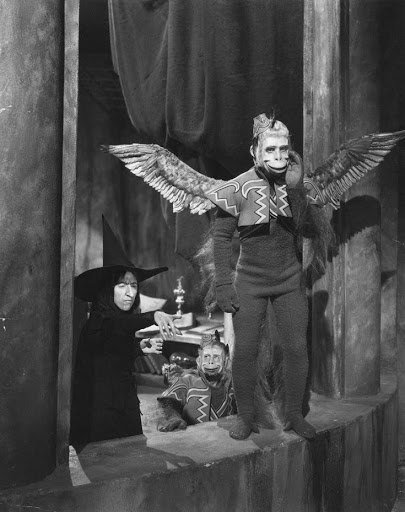 But it doesn’t have to be all drama and danger. I personally enjoy writing big, dark, dramatic scenes, but I know a lot of people don’t like that at all. And that’s good. We need a variety. What I’m getting at here is to write what you want and what you love. To have fun while writing. To not hold yourself back like I used to. I mean, sometimes ideas can get a little too crazy, but. . .maybe not. Again, we need unique ideas. If you can make it work, then do it! Evil flying monkeys sounds absolutely absurd. But what would the world be without the flying monkeys of Oz? In Rick Riordan’s The Lightning Thief there was a pink poodle that one of the characters could talk to. Ridiculous, right? But Mr. Riordan made it work and I loved it. So go, write crazy things! Write about your secret agent fighting off half a dozen bad guys when suddenly his mother calls to complain about the squirrels in the attic. (Yes, that is a GEICO insurance commercial, and it’s hilarious and epic.)

Write the things you enjoy and have fun with them. Never, ever limit yourself. Make it as wild and crazy and dangerous and big as you like. Or make it simple. Not all stories supposed to be huge and emotional. We need the fun, lighthearted ones as well. Basically, write what you want. If you love it, your readers will too.

Go kill a character, have them fall in love, give them an embarrassing phone call. Tear down a city, make a character tell a dumb joke, destroy their lives, make their lives beautiful, throw in a flying monkey or two.

Go write what you love. Write bravely. And have FUN.

Writing is endless. There are no boundaries, no limitations. You stand in a never-ending world of ideas. So go snatch them up and fly.

What do you think, dear writer? Am I the only one who used to limit
themselves for some reason? Are there ideas you’ve been scared to write?
Or do you love to throw in the craziness? What are YOUR thoughts
on the subject? I want to hear them all!

Posted by Christine Smith at 5:23 PM

Email ThisBlogThis!Share to TwitterShare to FacebookShare to Pinterest
Labels: Colors of a Dragon Scale, NaNoWriMo, Writing