Beautiful People is back! After a bit of a detour with Beautiful Books, our hosts Sky and Cait have returned with 2016’s first edition of Beautiful People. BUT, before returning to the usual interrogation of our characters, since we’re still adjusting to the new year (or am I the only one squinting at the calendar wondering if it’s lying to me? because, um, how is 2015 already over??) our hosts have concocted a fun new year-ish edition centered on this year’s writing resolutions and goals. Fantastic idea, methinks! You can join up yourself on Sky’s blog HERE or Cait’s HEEEERE. Come share your writing goals! (Seriously, I love seeing what delicious writerly things will be cooked up with the coming year.)

1. What were your writing achievements last year?
At the beginning of the year my plan was to rewrite Fallen Matter, but by February my Beauty and the Beast novella, Burning Thorns, was all, “MAKE ME A NOVEL!!!” (They’re so demanding.) So 84k words later, I had a Beauty and the Beast retelling novel.

In August I wrote a flash fiction piece. Something I’ve never really done before. I enjoyed doing it a ton and someday I’m going to try more flash fiction. I am, guys, I am!

Then in November I did my 6th NaNoWriMo and wrote the next to last book in my Colors of a Dragon Scale fantasy series, More Black than Night. Which ended at 76,700 words, making it my shortest novel yet.

So, basically, I wrote two novels in 2015 and made HUGE strides in pacing my stories and not making them drag on like a slug down a highway. Improvement! Hooray!

2. Tell us about your top priority writing project for this year?
Burning Thorns has once more demanded my attention. Sheesh, is it pushy. >.> Okay, okay, I want to work on it. It’s become very close to my heart.

My biggest problem is that I write first drafts and then. . .that’s it. I have tons and tons of first drafts on my computer but second drafts? Polished things? Nooope. It’s time I actually make PROGRESS if I want to, ya know, become a published author. (Turns out there really aren’t fairies that magically appear at night and perfect your novels. Boo.) So this is the year! I’m going to pour myself into editing Burning Thorns and making it the best it can be. I’m gonna do it! *holds up red pen and charges* 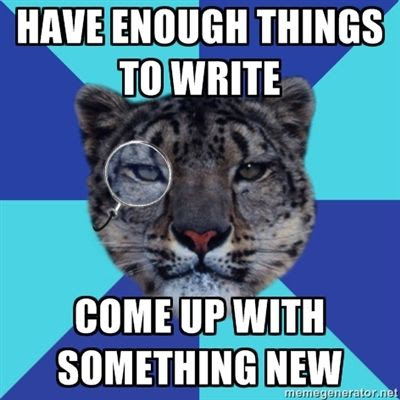 -Actually editing and NOT getting distracted by shiny new ideas. Because, like I said, I have first drafts everywhere. EVERYWHERE. All those new, shiny plot bunnies plague me by the dozens and I get too easily swept up in new story ideas. I never put much effort into one particular story once the first draft is done. But NO MORE. Editing is gonna happen!

-Worldbuilding. I actually mentioned this in the last Beautiful Books, but my worldbuilding skills are a bit. . .lacking. I want to add a lot more interesting and in depth things in the Burning Thorns world.

-Keep it balanced. I’m kind of an all or nothing person. It’s either work-on-the-project-24/7-until-it’s-done-and-ignore-all-the-things or lay-around-binge-watching-Leverage-and-Doctor-Who-all-day. There is no in between with me. Last year the big thing I was focusing on was to keep things balanced. To not get SO consumed in my writing project that I ignore life, but to also keep a steady pace on it and make good progress. I think I made big improvements on balancing my life last year, but I want to keep at it and continue getting better.

-Research literary agents and publishers. Because, well, I do want to get published one day, which means querying, which means figuring out WHO to query to, which means researching. I haven’t really even begun with that part yet so. . .I need to start looking into these things. (Any tips? Links? Advice? *puppy dog eyes*)

-Stop being afraid of changing and deleting. Want to know why I never get around to rewriting/editing? It terrifies me. CHANGE my story? DELETE these words I agonized over? Go through and completely REDO entire plot threads? WHAT??? I can’t do that! Um, yeah, the idea overwhelms me to a huge degree. I want to get over that. I’m a little better than I used to be, but I have a looong ways to go. I want to really edit this thing, not just fix typos and things. But add and delete and change as needed ruthlessly. Basically I want to edit and edit well. That fear (and probably a lot of laziness if I’m honest) has got to go. 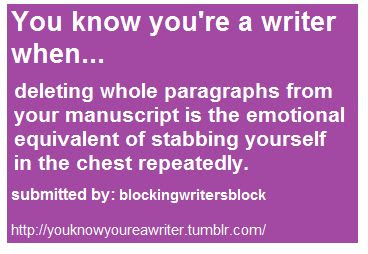 4. Are you participating in any writing challenges?
Obviously NaNoWriMo shall be happening in November! And this will be the 7th and LAST book of my Colors of a Dragon Scale series so, even though we kind of just had NaNo and the next one is nearly a year away, I’m SUPER excited about it!

Other than that, I don’t think I’ll be doing anything other than editing BT. I maaay consider joining in this year’s Rooglewood Press’s fairytale contest (that’s where BT originally came from after all), but I really want to just focus on BT. As of right now I’m more leaning against it. We’ll see when the time comes.

5. What's your critique partner/beta reader situation like and do you have plans to expand this year?
My “Pack” (as we call ourselves) is a group of absolutely fabulous beta-readers who have become like sisters to me and I’m SO grateful to them.

I think I actually have expanded some already. Quite a few of you have offered to beta Burning Thorns, which absolutely delights me. And blows my mind that you want to read something *I* wrote. I couldn’t be more honored and thankful. I need all the help I can get! (And I’ve started the beginning stages of editing, so details and the first chapter of BT will hopefully be coming your way SOON.)

6. Do you have plans to read any writer-related books this year? Or are there specific books you want to read for research? 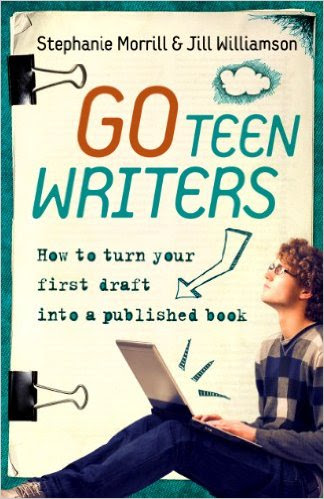 I always mean to read more writing-related books! I read a lot of blogs and articles and things on writing, but the Go Teen Writers book is about the only physical writing help book I’ve read. (But it’s my lifeline and every writer needs that thing. Trust me. It’s not just for teens, it’s for all us aspiring writers. You need to get yourself a copy of it!)

I found Bird by Bird by Anne Lamott in a secondhand bookstore one time and it’s been sitting on my shelf waiting to be read for a while now. I’ve heard it’s really good and hope to get to it soon. And I think I have a writing help ebook or two on my tablet that I should probably try.

I want and NEED to read more writing help books, so if you have any suggestions do share!

7. Pick one character you want to get to know better, and how are you going to achieve this?
Hmmm. . . This is a hard one because I tend to learn every single tiny detail about ALL my 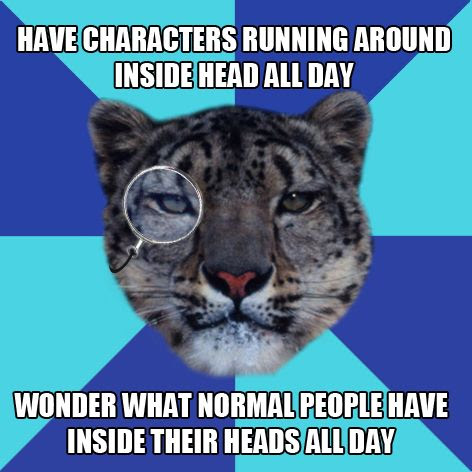 characters that I possibly can. I’m sort of an obsessive character analyzer. Whether it’s my characters or others, I get totally obsessed with knowing all the ins and outs about them. I just love studying people—their quirks, personalities, everything. It’s probably strange. . . Analyzing fictional characters is my favorite pastime. Yeah, okay, it’s definitely strange.

Anyways, I spent a LOT of time last year studying my cast for BT and feel like I know them extremely well. So. . .I’m not sure I can pick one in particular I want to focus on.

OH! But, when NaNo rolls around and I start the last book of my CoaDS series there will be a new character that I’m veeeery interested to explore. Her name is Kaliq and she appeared in the final chapter of the last book out of nowhere. She’s already stirred up all manner of fun problems in her short appearance. So I’m quite looking forward to seeing what sort of trouble this new person has in store.

8. Do you plan to edit or query, and what’s your plan of attack?
Well. . .it seems I’ve already answered this question multiple times. XD

Editing? Absolutely. (Yes, Christine, you’re editing. We get it.)
Querying. . .? Eventually. Honestly, I seriously doubt I’ll start querying until next year. I want to make absolute sure BT is actually ready for that. But I do want to start looking in to querying, as mentioned earlier. That way by next year I’ll be ready to dive into it. (Not that the idea makes me want to wrap myself in a hundred blankets and hide in a hole forever or anything. Noooo.)
Plan of attack? Um. Drink lots of coffee and cry. *nods seriously*

9. Toni Morrison once said, “If there's a book that you want to read, but it hasn't been written yet, then you must write it.” What are the books that you want to see more of, and what “holes” do you think need filling in the literary world? 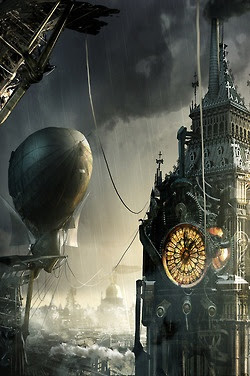 I’d LOVE to see more steampunk! I’ve only read two full steampunk novels. TWO! I just never see any steampunk books. But come on. Airships and airship PIRATES and epic clothing and pocket watches and alternate Victorian settings and did I mention AIRSHIP PIRATES? Steampunk is AWESOME. I wants it!

Deborah mentioned this one and I’m stealing her thought because I totally agree. We need more whimsical, nonsense books such a Howl’s Moving Castle by Diana Wynne Jones. That is my FAVORITE book. I’ve never read anything like it before. It makes me indescribably happy. It’s so nonsensical with the most delightful cast and ridiculously fun storyline. I adore it, and I want mooore!

Also CLEAN YA books. I don’t care what genre. Anything. Everything. Just genuinely CLEAN ones. Sometimes I get disgusted going in the YA section of a bookstore. Which is horrid, because all I ever want to read are YA books. But there’s sooo much junk produced in that genre. Why are we making this amount of ickiness for impressionable teens? WHY?? Please oh please oh please give me more clean reads!

10. What do you hope to have achieved by the end of 2016?
I’d love for Burning Thorns to be edited and polished and ready for the querying world! (Gracious, you’re going to be sick of hearing about BT edits before they even START.) Don’t know if that’s gonna happen, but I want to try anyway.

And then of course my very last CoaDS book written by the end of NaNo. :D

But I also just want to grow and make strides in my writing. I want by the end of the year to say I’m actually, honest to goodness, working towards becoming a published author instead of just writing yet another first draft.

I want to move forward.

Now that I’ve babbled (waaay too much) on this year’s main goals, I want to hear about yours! What’s your biggest writing project for the year? What do you hope to have achieved by the end of it? AND what holes do you want filled in the literary world? I’d seriously love to know! Chat away!

Posted by Christine Smith at 9:39 PM